A generation ago football clubs could be place into two different categories; the haves and the have nots. Today we can categorise clubs into two very different groups, those building for a premiership and those rebuilding for future seasons.

The AFL is now a billion dollar industry and clubs are no longer rattling donation tins, cutting corners on medical bills or relying on supporter goodwill to lend financial support or heavily discounted service.  Thanks to the club equalisation policy, the salary cap and the recently acquired Etihad Stadium deal, clubs are now on a relatively even playing field, at least financially.

The even playing field dramatically increases the club's need for an aggressive trade period, especially given this draft will be a midfield dominant one.  Over the last week we have seen some bewildering moves from different clubs in relation to where they see themselves in regards to the premiership window.

Clubs are like sharks in today's football world, always having to move forward. Sit still for too long and you will know doubt see many clubs pass you by whilst you die a slow painful death, and more importantly, lose crucial rebuilding years. 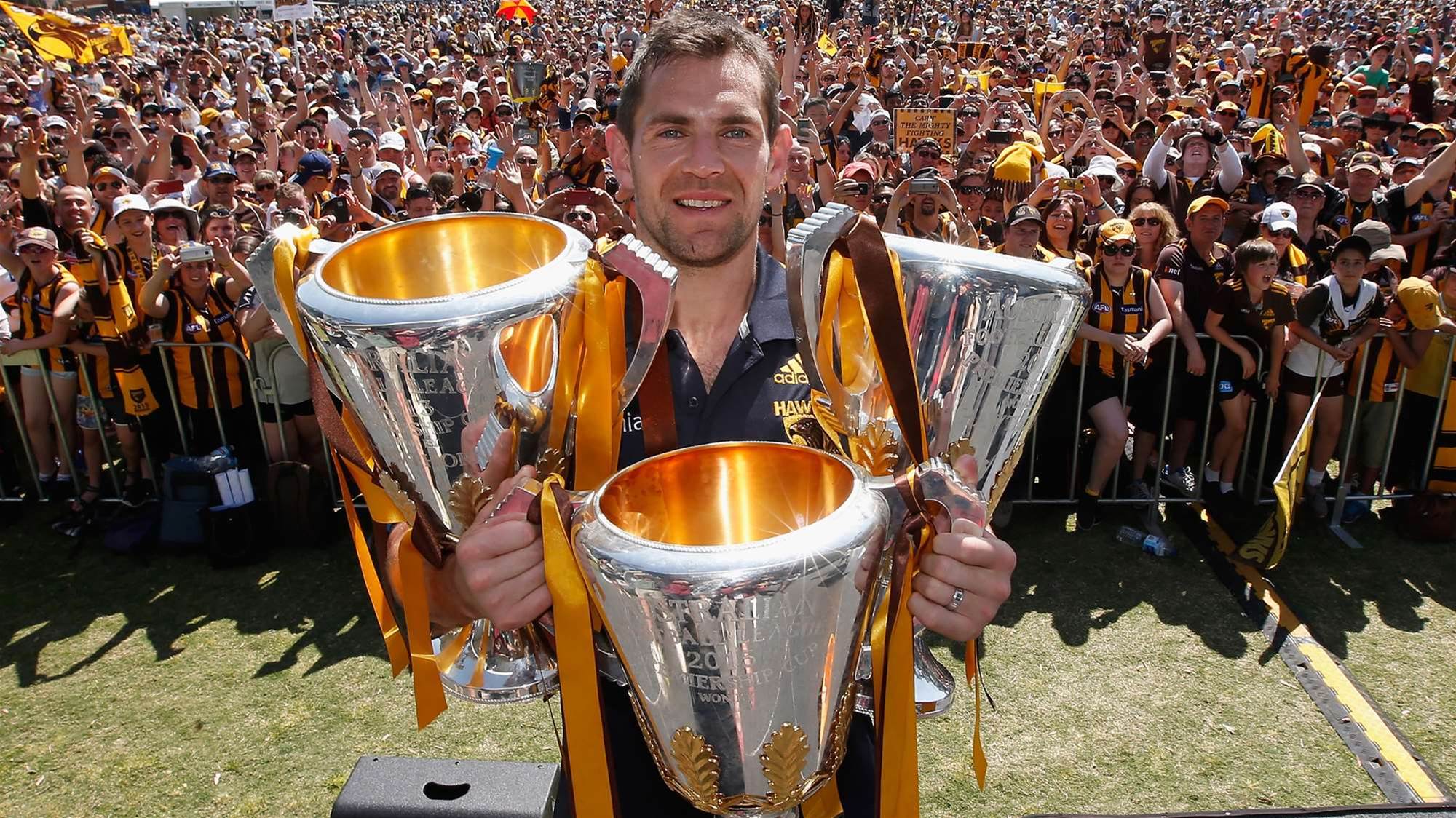 Only one club reaches the summit every year, and once you're there it's even tougher to survive.  Hawthorn and Geelong have spent their fair share of time enjoying the spoils of the summit but are finding their premiership boots rapidly losing grip.  On the balance of play, Geelong had a successful 2016 after missing the finals in 2015, but when you look closer at their season they were far too inconsistent to challenge for a premiership.

The Western Bulldogs played a sublime four weeks of finals football, something this Geelong team seemed incapable of. In the process boom recruit Patrick Dangerfield was awarded the Brownlow medal but the club has now lost All-Australian and club legend Corey 'Boris' Enright and will likely lose another great in Jimmy Bartel through a forced retirement.  Club legends don't walk through the door too often and to farewell two in short succession will have a dramatic effect on the culture of the club.

Hawthorn has also farewelled two club greats in an attempt to be a contender in Season 2017 and beyondblue.  Most footy fans could see Enright and Bartel potentially retiring at the end of this season, but no one could predict Hawthorn trading away Sam Mitchell and Jordan Lewis for three pies, two buckets of chips and some mid strength beer.  Rebuilding is an ugly but necessary word in today's football vernacular but Hawthorn have not only thrown the baby out with the bath water but have set the fabric of the club on fire at the same time.  The cherry on top for the supporters of the seventeen others clubs is the signing of free agent Tyrone Vickery, and paying him above and beyond for the privilege to be at Hawthorn. 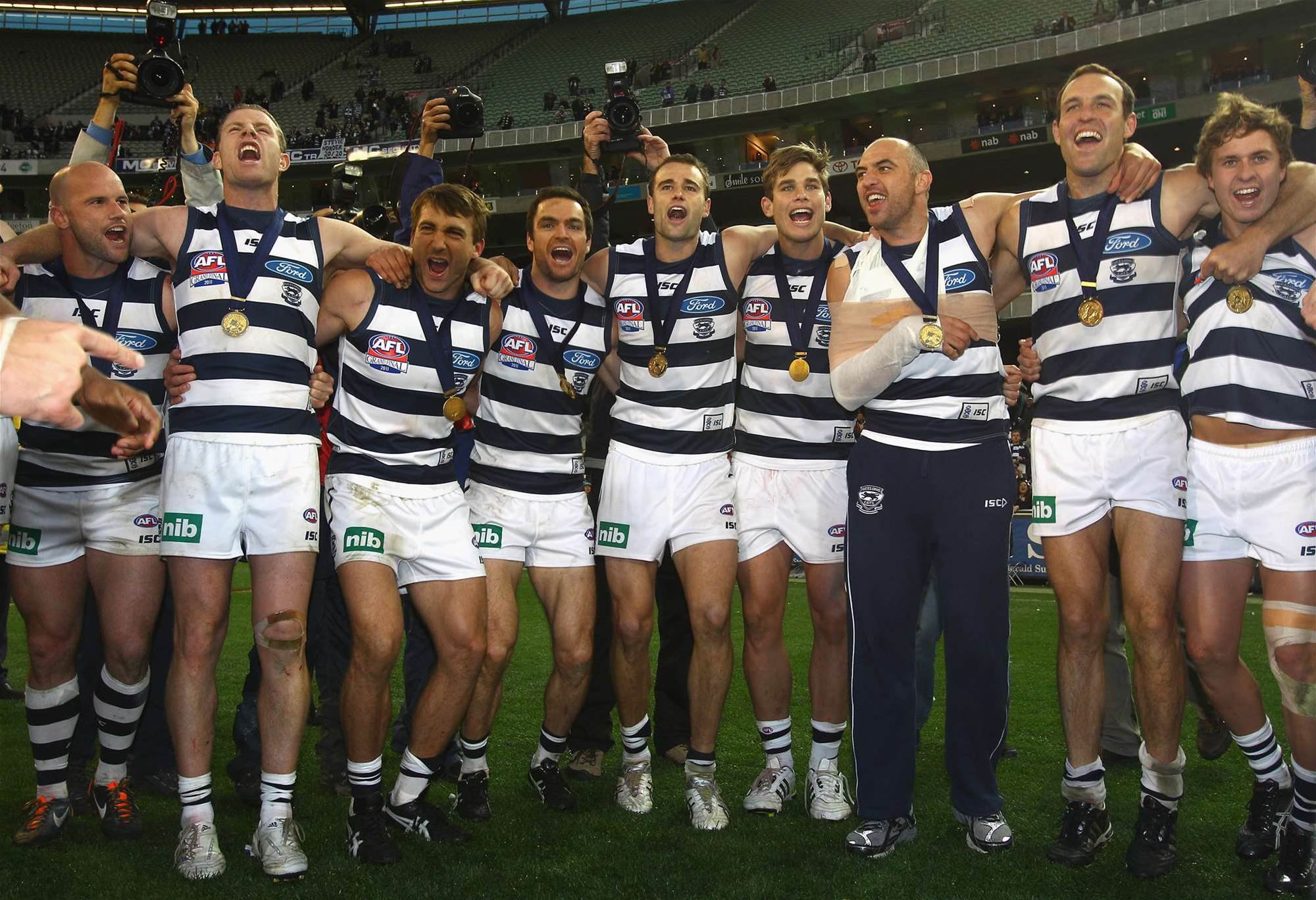 The relentless chase of Jaeger O'Meara by Alistair Clarkson is reminiscent of a Bond villain, you know he will catch up to him at some stage but will ultimately fail.  O'Meara, whilst talented is largely unproven on the big stage and has been ravaged by injury at his time of the Gold Coast.  Highly rated by both Hawthorn and Essendon this has produced an ugly bidding war from both clubs, one will ultimately win; but the club that misses out could be the biggest winner.  You only have to look at Geelong and how they are now stuck with Steve Motlop on a hefty contract when you take the risk for unfulfilled talent.

Hawthorn and Geelong have been the masters of their own destiny in recent times with excellent recruiting and list management process but now they both appear to be treading water with their lists, hoping other clubs won't catch them in the process.  With Greater Western Sydney set to be a major threat and the Bulldogs still on the rise is could be a major shock for Hawks fans who could be without September action, or at least a genuine shot at Premiership glory for the first time in years.

North Melbourne and Richmond both believed they could be competitive in 2016 and refused to rebuild, but insisted on topping up with talent.  Attempting to stay near the top of the summit can prove a very tricky prospect when you consider St Kilda, Melbourne and even Gold Coast (maybe one day) are vying to take your position at the summit.  There is no shame in admitting you can no longer compete for a Premiership and starting to rebuild for for another campaign at the summit but it's how you go about this campaign that can bring you undone.

North Melbourne did away with some talented veterans after wasting the 2016 season and Hawthorn appears to have set fire to what they have built over the last decade.  There is no denying the AFL is a blood sport and the trade period is the most unforgiving part of the season.