Inside Sport took a visit to the QBE Swans Academy, and the story that came out of it is in the June edition of the magazine, out now. The academies were set up to encourage the growth of the sport in NSW and Queensland, using the brand of the AFL clubs to bring new talent into the fold – in short, a goal everyone could agree upon.

Instead, the academies have been a useful piñata in the footy news cycle, ready to be hung out there by critics below the Barassi Line ready to cry foul at the advantage that Sydney, GWS, Brisbane and Gold Coast get out of them.

Put this to the head of Swans Academy, Chris Smith, and he shrugs it off, dismissing it as “good banter”. The notion that these are laboratories churning out future stars is hardly backed by the numbers – as Smith notes, in six years of operation, the Swans Academy has produced five draft picks.

At a training session for the under-18s group at Lakeside Oval, in the shadow of the SCG, Smith points at a boy setting up in the forward-50: “Very good soccer player. Goes to Kings, which doesn’t have an AFL curriculum. He’s a real talent, good at athletics, cricket. His school absolutely give it to him. He tells me that he can come Tuesdays as well. I don’t want to see you, mate – I only see him once a week, and we even manage him when he’s here … 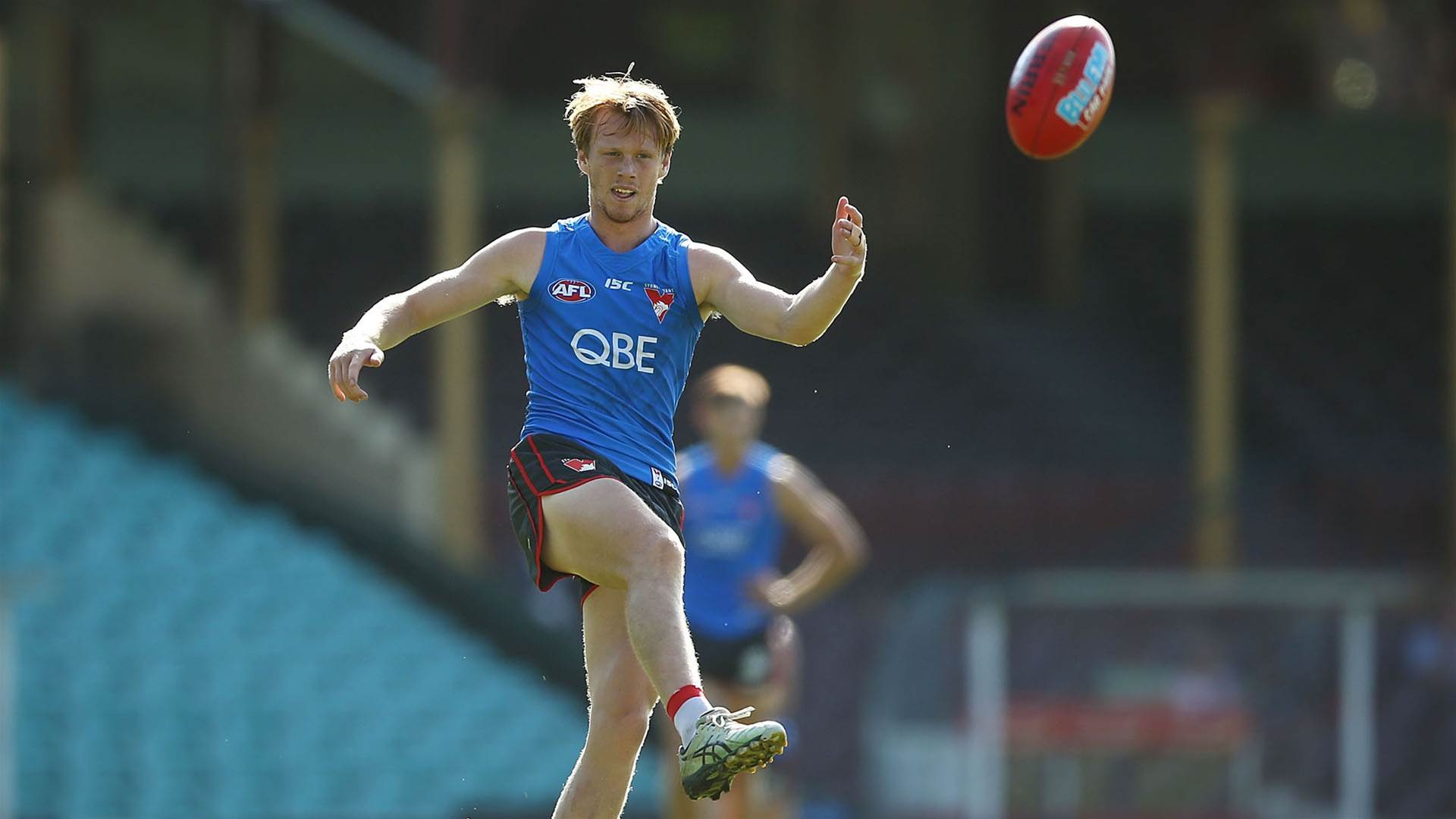 Callum Mills: one of the prized products of Swans Academy.

“I’m trying to wait until he’s 20 before he’s a prospect. He won’t be drafted when he’s 18, because we can’t get enough into him. That’s some of the things that an academy in a non-traditional AFL zone has to think about. We’re trying to manage all these boys, and it’s simply not about Isaac Heeney and Callum Mills.”

Therein lies part of the problem – in Sydney’s case, it jumped ahead of the curve of developing players in depth and went right to turning out future stars (GWS has encountered this problem too, based around its former recruiting zone in the Riverina). Factor in the Swans’ privileged position in drafting their academy products, and the outcry was predictable.

Player development isn’t quite so easily controlled. As Smith says, you can't predict that you'll get a Heeney and Mills right off the bat.

It was a notoriously rough start to the season for the Swans – winless after their first six. Worse for Isaac Heeney, he had to watch from the sideline while recovering from glandular fever.

Heeney says he went “insane” having to sit around, a unique torment for an outdoors-loving country boy who grew up outside Newcastle. He was the kind of raw sporting talent that the academy was set up to find – and to flip.

“If it wasn’t for the academy, I wouldn’t be in the AFL,” he says. “It did get me out of a different sport. I believe I would’ve gone down the rugby league path. Growing up where I did, you were sort-of made of for playing AFL.” 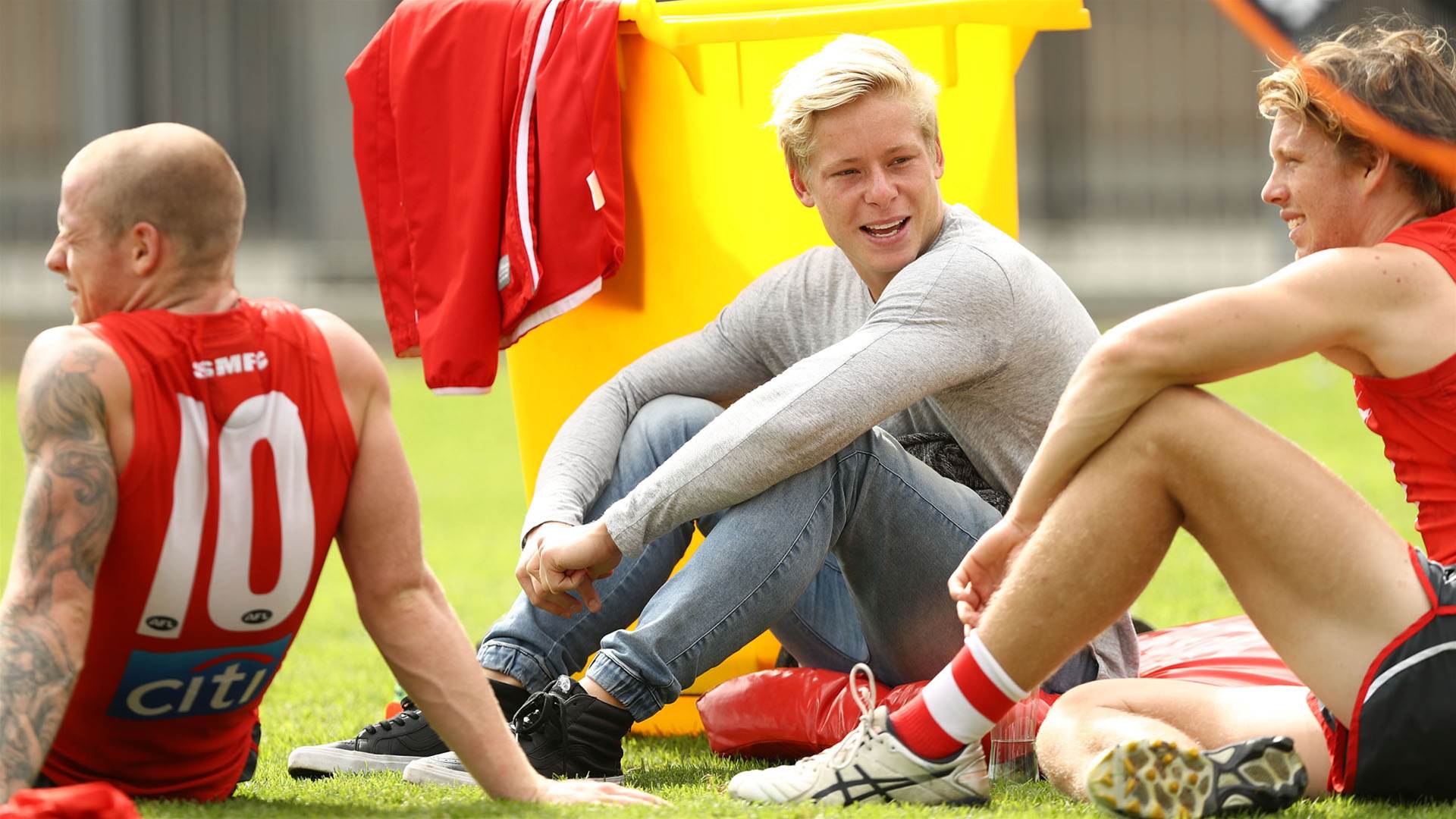 Callum Mills was a similar case, although the AFL’s rookie of the year in 2016 has a different pedigree. His grandfather had played in the WAFL, and he had participated in Auskick at a young age. He had drifted to rugby union before a chance intervention that involved Swans chairman Andrew Pridham.

Like Heeney, Mills attests that his career choice wouldn’t have happened if not for the academy. It gave him an aspiration to play for Sydney, which was no small thing – unlike in the AFL’s heartland states, the kids don’t necessarily grow up dreaming of being Swans, Giants, Lions or Suns – as well as replicating a nurturing footy culture.

“It was very much the training and practising skills,” Mills says. “People outside NSW kick a footy at lunchtime; we don’t. Getting the volume of skill, that was the main thing. The competitiveness ramped up from about 15 onwards, which I enjoyed and Isaac also.”

As the modern AFL increasingly dislocates players from their roots, the connection of the academy graduates comes off as quaint. “That was the plan, to have home-grown players eventually play for the Swans,” Mills says.

The implicit question for footy partisans: in the drive to make the AFL more national, at the source of its players and not merely in where the clubs are located, are a few compromises to parity worth it? Can a national comp truly endure if it continues to get 90 percent of its players from less than half the country’s population base? Do people care unless it disadvantages their team?

This is a dilemma that only gets resolved, perhaps, as the academies produce players for other clubs. It’s also one of Chris Smith’s sincere hopes: “I’m trying to provide these kids with an opportunity to play at the highest level, and it can’t just be the Swans.”