GWS are on the verge of history, yet where is the love?

The Greater Western Sydney Giants have jumped forward leaps and bounds this season as the AFL’s youngest franchise readies themselves for a home preliminary final against the Western Bulldogs.

For a club who have only existed for a few seasons, to make it this far usually draws a buzz of excitement and anticipation, yet being from Western Sydney, why do I hear more tumbleweeds coasting through the wind than I hear giant like noise?

Some might point to the fact that they have over 13,000 members, which is more than most would expect, yet why does following the AFL in Western Sydney feel more like a niche thing to do? 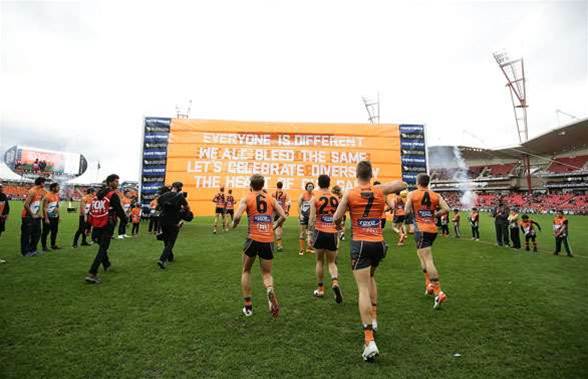 Obviously the key reason and its no surprise, that Aussie Rules isn’t as popular as other codes in Western Sydney, especially in comparison to rugby league and football. With more focus on the preliminary finals in the NRL, even without a Western Sydney team featuring, as well as the commotion surrounding the bumper Round 1 Sydney Derby for the A-League in a few weeks time, it’s easy to understand why the Giants aren’t making as much noise as they’d like. Trying to compete in a region entrenched in rugby league history, as well as the glory days of the old NSL and the rise of the Western Sydney Wanderers, it was always going to be a challenge for the AFL to succeed in the region.

In saying all of this though, the Giants haven’t helped their cause as they have created much friction between possible fans in Western Sydney and themselves, as well as peeving off traditional AFL fans and historic clubs down south.

In Sydney’s West the moniker of GWS has been lost. “Greater Western Sydney” packed up and fled Blacktown for an inner west home at Homebush. Taxpayer money upwards of millions went to waste on building facilities for the AFL club and their decision to leave one of Sydney’s biggest areas and the heartland of the region left a bitter taste in the mouths of the locals.

Parramatta has the Eels, Manly has the Sea Eagles, Geelong has the Cats, yet Blacktown has nothing and it has a greater population than all three. Not only was it an opportunity missed, but one lost to the Western Sydney Wanderers who like GWS don’t play games in Blacktown but call it home by setting up their facilities in the precinct their AFL counterparts fled and formed a large supporter base at the same time. You can walk around Blacktown and see Wanderers jerseys left, right and centre, even in the off season but spotting a GWS guernsey is as harder as finding a yellow car whilst playing spotto.

You can even point to the whole Israel Folau PR stunt that irked many within the AFL and turned a lot of possible Western Sydney fans off the sport. The signing of a rugby league hero and labelling it as a “home coming” for a man who represented Queensland in State of Origin didn’t win Western Sydney fans at all, as they felt like they were being treated like a joke. 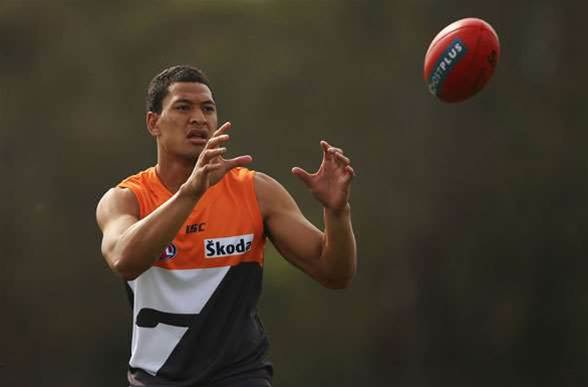 Remember when Israel Folau was the poster boy for the Giants? (Photo by Getty Images)

The lack of support in Western Sydney has its own reasons but differentiates to the Giant sized hate in Victoria. Are they just bitter that a team in a non traditional AFL area are outperforming the majority of Victorian clubs? Are they just jealous of the luxuries the Giants have received to help shorten the gap between the larger clubs and the young club?

Those naysayers can point to the fact that since the 2011 draft, the Giants have had 17 top 10 picks. Their finals clash against the Swans featured 18 players either selected or swapped for top 21 picks. The club also has number 8 in this years draft even though they finished in the top 4, as well as numbers 16 and 17, with the latter being received by Geelong via Carlton. Yet their prelim opponents the Western Bulldogs have had 20 top 10 picks in the 30 years of the draft and haven’t won a premiership in almost a complete lifetime.

In saying that though the management of GWS has been superb, especially in comparison to Gold Coast Suns who are in a similar position. GWS can only play the cards they have been dealt and in all credit to them they find themselves in an incredible position.

Yet this still does not sit well with many AFL fans as they would claim that the money and the assistance it has received doesn’t have a traditional Aussie Rules success story feel to it but rather a manufactured one, which in their view has turned this Cinderella story into the rise of a Giant sized nightmare.