Everyone in rugby is hoping that the Olympic Sevens will be a hit. But maybe not too much.

Chatting with noted rugby brain Rod Kafer at World Cup time last year about the tournament's minnows, he made the point: "You look at some of the talent coming in around Sevens programs. Like Carlin Isles with the US, the fastest man in rugby. Tremendous talent."

There's a sense within rugby that Sevens at the Olympics is a great grow-the-game initiative, an entry-level taster that will feed interest and talent to the "proper" 15-man format. But what if the union suits have it wrong? What if Sevens becomes synonymous with rugby in wide swathes of the world, under the Olympic imprimatur? What if, in not too many years, we find ourselves referring to the Fifteens World Cup?

Traditional rah-rah nations such as ours won't likely fall into this nomenclature too easily. But Sevens might not be a tail that wags the dog – it can very much be its own dog. It’s an easier, less technical and often-times more fun form of the game to play. It will be the form of rugby that will attract female players in great number for the first time. The top-level infrastructure of Sevens, with its quick-hit, two-day carnivals played over a global series, is ideal for spectators.

It’s interesting to note the power of Olympic endorsement in the making of a sport (part of the reason why rugby, and golf for that matter, agitated to get in). Among martial arts, karate was far more established globally in the 1970s than taekwondo, which was a rather narrow practice largely confined to Korea. But a sustained political effort finally got taekwondo to the Games, and now the sport has officially sanctioned programs in every large Olympic nation.

Rugby would hope for the same. But if it ever does, it likely won’t be training props. 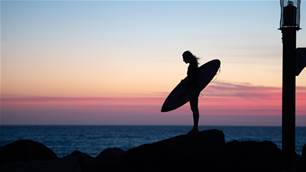