As the final siren sounded on Saturday afternoon a nation embraced and celebrated for the Western Bulldogs. Not even the most ardent Sydney supporter could deny this moment for those football fans that had only experienced that Grand Final winning feeling once in their history, sixty-two years previously.

Walking around the ground on Saturday evening you could see the sheer happiness and disbelief on the faces of all Bulldogs supporters, a look not dissimilar to that of Steve Bradbury when he won his surprise 2002 Gold medal in Salt Lake City.

Over the last four weeks the Bulldogs have played the most scintillating football in recent memory and truly are deserved premiers. Thankfully most of the football world has been firmly strapped to the Bulldogs bandwagon.

Watching the various club greats celebrate the premiership together epitomises the spirit shown by the Bulldogs over the journey.  From the president down you could see the overwhelming joy on the faces on every Doggies supporter when that final siren sounded.  One elderly gentleman walking around the ground sticks out, you could just tell he was truly deserving of his moment in the sun.  It was an eerie feeling that you couldn’t help but get caught up in. 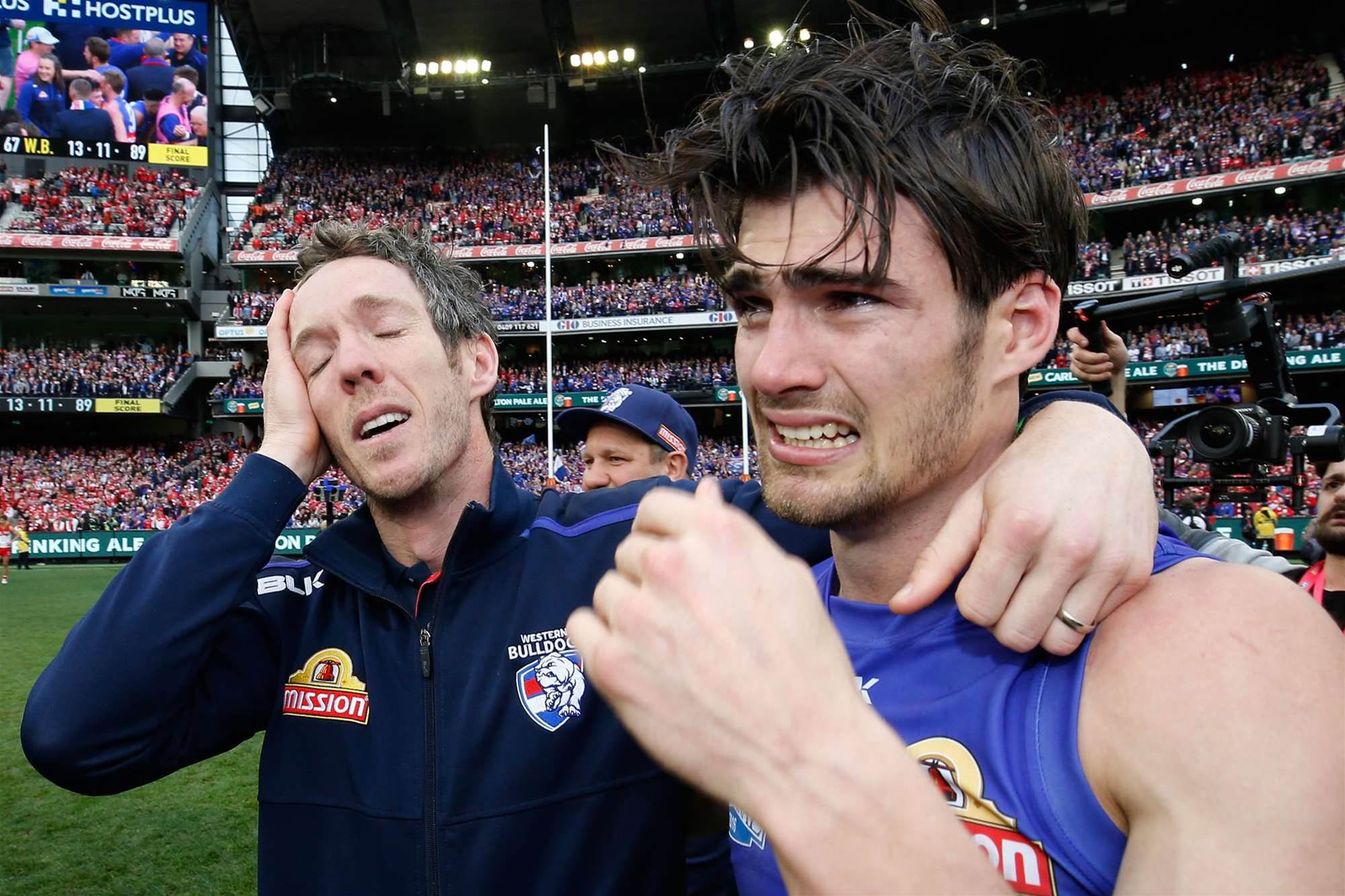 The game itself was a classic and won’t be forgotten easily.  The moment that will stick with everyone through was the selfless and classy gesture from premiership coach Luke Beveridge to present his medal to injured captain Bob Murphy.  For many, Murphy represents the heart and soul of the club and this particular moment was the exclamation point on what was one of the great days of football.  There wasn’t a dry eye in the house when Murphy put that medal around his neck and lifted the premiership cup with Easton Wood and Beveridge.

The win on Saturday wasn’t exclusive for the twenty-two men who took the field, but for every player who has pulled on the Footscray/Western Bulldogs journey over time, any supporter who has placed a Bulldog scarf around their shoulders and given their heart and soul to support the ‘Sons of the West’ and those like Irene Chatfield who devoted hours upon hours of time to save this club.

The Bulldogs quickly became the people’s team this season through their witty banners, unlucky run of injuries early in the season and their will to take the game on and play an exciting brand of football together.  Over the last month we’ve seen all involved step up when required and become heroes to this passionate fan base.  Players like Tom Boyd have been heavily criticized for his reported contract, but how influential did he become over the last fortnight.  He is now a part of Bulldogs folklore. 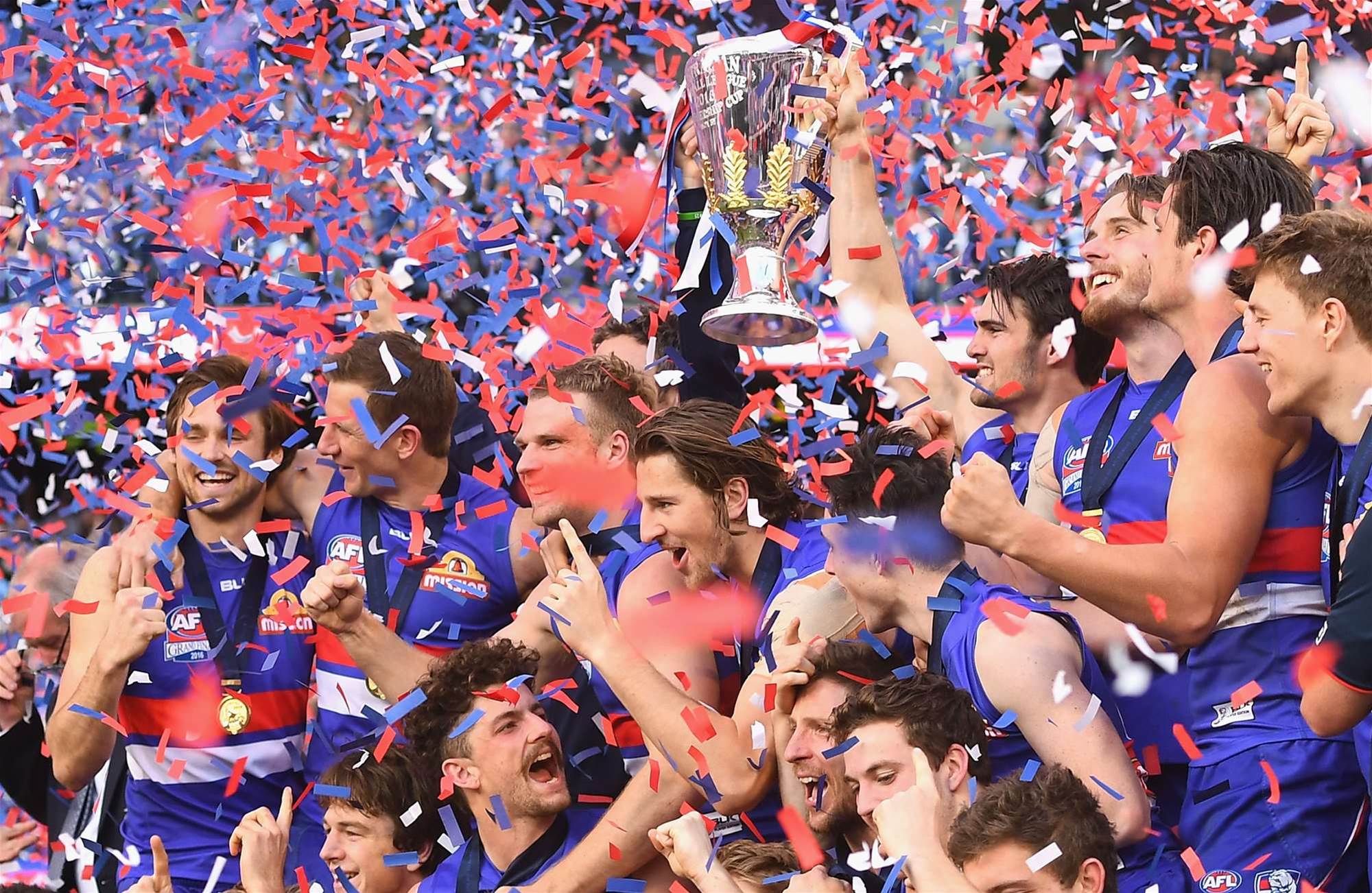 There aren’t too many moments when all football supporters walk away from the final game of the season smiling but Saturday was one of those days.  The Western Bulldogs not only created history in 2016, they also sent a much-needed reminder regarding the romance of footy in this too often sanitised commercial world of modern sport.

If you ever need a reminder about the powers of sport, take a quick look at some of the images over the weekend and you’ll begin to understand what this win means to so many.