The AFL Tribunal found Houli guilty of the charge, which left Lamb concussed in Sunday's game, and handed down a two-game suspension on Tuesday night.

That decision led to criticism of the Tribunal, with Match Review Panel member Nathan Burns leading the way.

"If somebody who goes in next week does exactly the same thing, but doesn’t know Waleed Aly and doesn’t know the Prime Minister, does that mean they get three or four weeks?," Burke told Fox Sports' Bill & Boz programme.

“That’s potentially where the issue lies.” 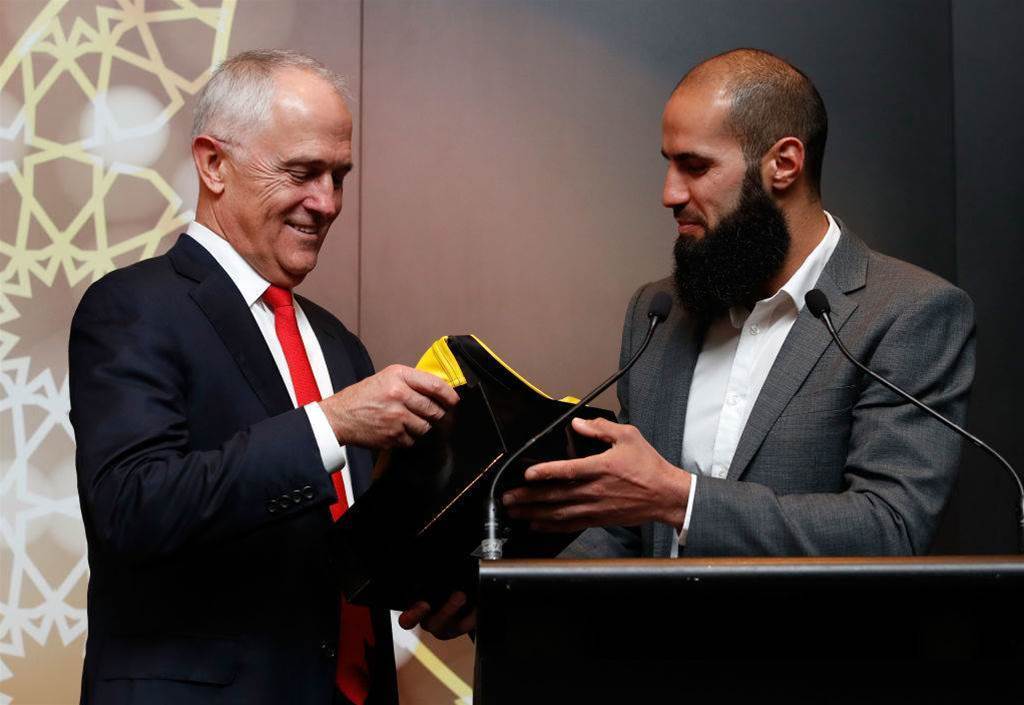 The Prime Minister with Houli earlier this week

The AFL confirmed on Wednesday morning it would now appeal the decision, with a Thursday night hearing at 5.30pm AEST.

AFL General Manager Football Operations Simon Lethlean said the appeal was on the grounds that "the sanction imposed was manifestly inadequate".

The AFL will appeal the Bachar Houli @AFLTribunal verdict on grounds the sanction was manifestly inadequate. Hearing tomorrow evening.