A full wrap of Week 2 of the AFL Finals.

Geelong and GWS ascended to new heights on the weekend and proved they are capable of winning this year’s premiership.

The Cats stunned the Swans on Friday night, upsetting a Sydney outfit by 53 points who many deemed flag favourites.

The Giants were merciless against the Eagles on Saturday night, rediscovering their mojo to claim a 67-point victory.

It sets the stage for two huge preliminary finals, with Patrick Dangerfield and Brett Deledio set to face off against their former sides, which will make for great theatre.

All the features from an action packed double header weekend of footy is covered below.

It was John Longmire’s Swans that won last year’s clash, but Chris Scott outcoached him in every way on Friday night and all of his coaching decisions paid off.

The Swans trialled different matchups for Dangerfield but had no answers as the Cats superstar booted four goals on the night, including two in the first five minutes of the game.

Dangerfield wasn’t the only forward to have a day out on the weekend, as GWS forward Steve Johnson rediscovered some of his best form against West Coast, booting six goals, including four in the third quarter.

Johnson was controversially dropped a week earlier against Adelaide, but returned to deliver one of his great cameos.

He will be required to take it to another level against Richmond, who ranked second in points allowed during the home and away season, possessing a rock-solid defense. If anyone can do it, Steve J can, who made a name for himself as a big-time player on the finals stage for Geelong.

The much-maligned Cats enigma Steven Motlop put on a great performance on Friday night, regularly reaching into his bag of tricks to provide his team with momentum.

One moment in the third quarter personified his night, as he chased two Swans players and eventually caught Gary Rohan holding the ball, setting up a Geelong goal.

Former Cats skipper Cameron Ling said it was “Motlop’s best final he’d played in his career”, reflecting how much X-factor he provides when he’s up and running. 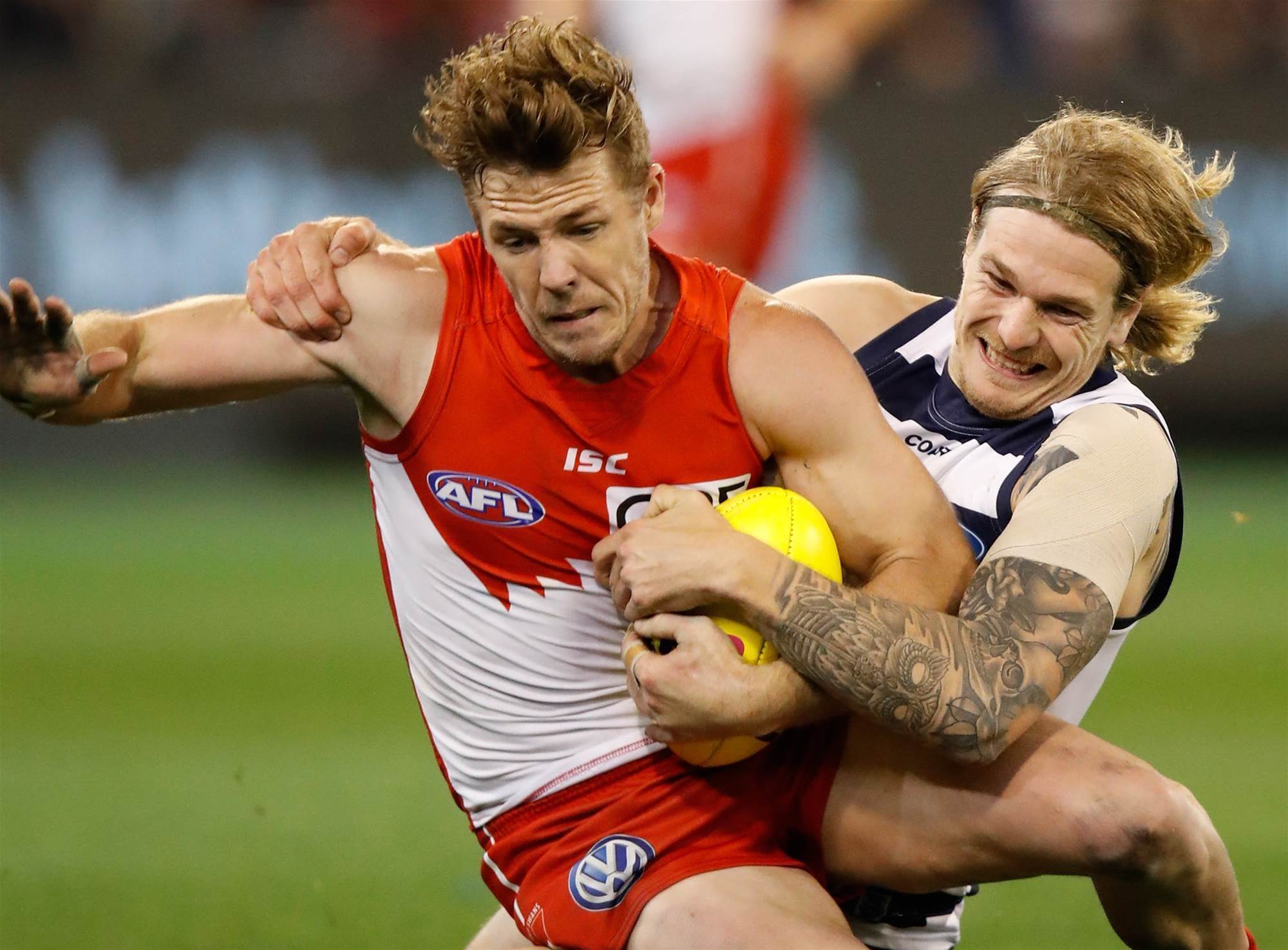 Tom Stewart had a great night against Sydney, backing his run and carry to win numerous one-on-ones.  It opposed last week, where Stewart was outclassed by Dustin Martin on a number of occasions.

One play particularly stood out, when he dashed out of the backline to bombard Luke Parker with a vicious tackle.

Unfortunately, the first-year Cat is in doubt to play the Crows this week after he came off the ground with hamstring tightness in the third quarter. He he was cleared of any serious damage.

The news got worse for Stewart, after he was sent home from training on Monday morning with an illness. Teammate Tom Lonergan was a last-minute withdrawal from Friday’s semi-final with a food poisoning. Talk about not being able to take a trick.

The legendary Eagles trio of Matt Priddis, Sam Mitchell and Drew Petrie all played their last games of AFL on the weekend and were sent off with a guard of honour from both West Coast and GWS players.

Priddis retires as a one-club player after 240 games for West Coast, taken as a mature-age recruit in 2006. He won the Brownlow Medal in 2014.

Mitchell and Petrie came to the Eagles this season and played 329 and 332 career games respectively, after outstanding careers for Hawthorn and North Melbourne. Mitchell was retrospectively awarded the 2012 Brownlow Medal with Trent Cotchin after Jobe Watson was stripped of the honour.

West Coast youngster Liam Duggan felt the full wrath of a Callan Ward tackle in the second quarter while the contest was still hot. Duggan received a handpass from Sam Mitchell, who tried to evade the Giants skipper.

“He ran into an absolute brick wall’, said Luke Darcy, as Ward laid the 20-year old into the turf of Spotless Stadium. It represented the tone of the Giants, who majorly lifted their intensity from last week. 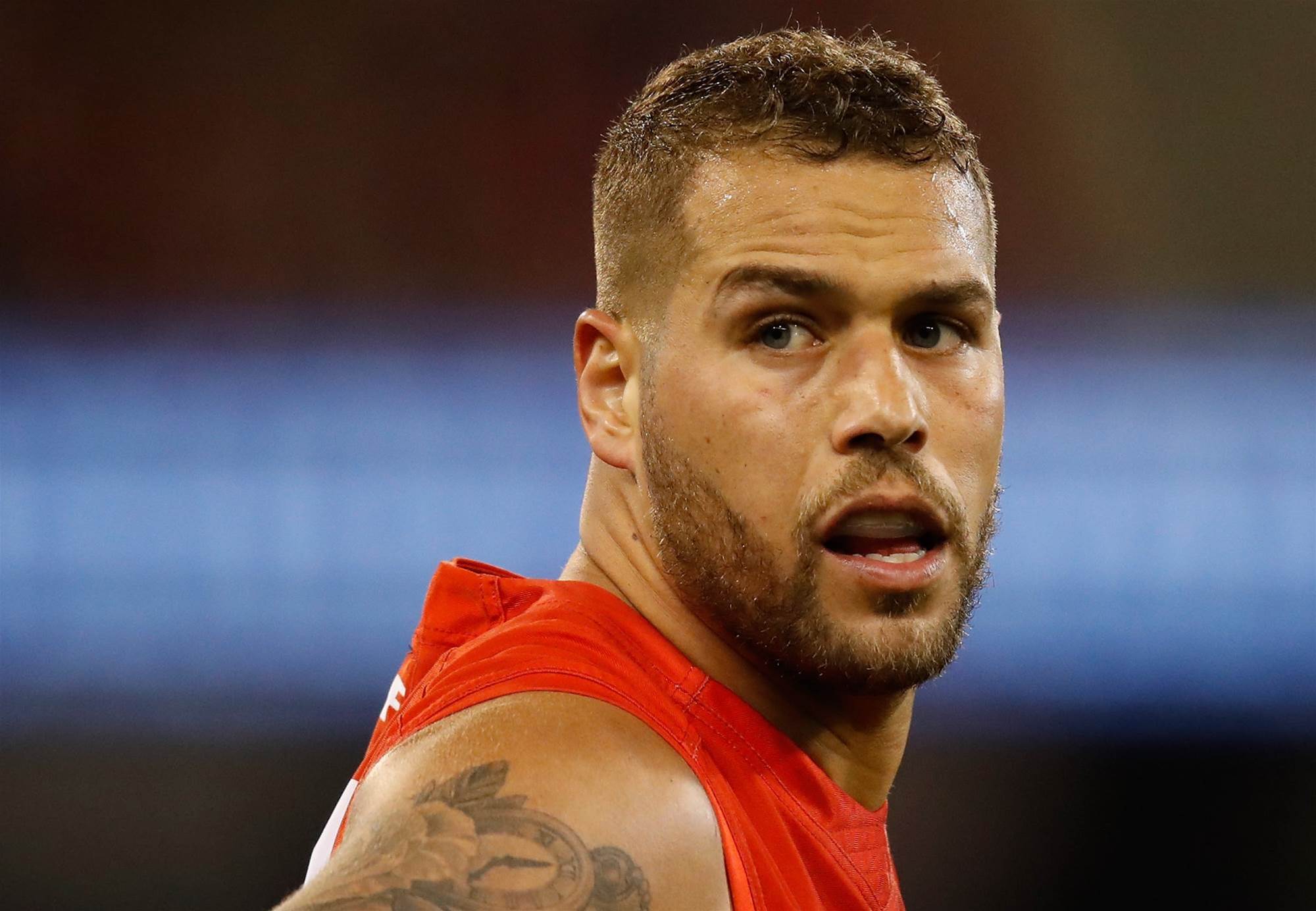 Maybe the wet conditions didn’t suit them, they ran out of steam, or it simply wasn’t their night. No matter the reason, a list of Sydney players had nights to forget against Geelong.

Sydney’s powerful midfield struggled to have its usual impact. Buddy Franklin looked harmless and the rest of the forward line had particularly poor output in the first half, when the damage was done.

Callum Sinclair, Gary Rohan, Harry Cunningham, Sam Reid and Dean Towers all mustered a combined 8 disposals in the first half and had virtually no impact. The final score line was 59 points, but the disparity between both sides felt like much more. 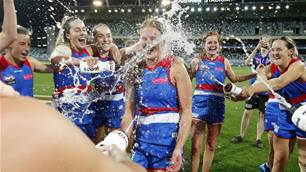