Issue 1, 1994. When magazines cost $4.95 and Stuart Johnstone was the new Aussie Stylemaster

Looking through the vault of all of our covers, we can gain a great insight into the the state and trends of snowboarding at any given time. It's clear from our cover in 1994 that "Phat" was probably in its infancy of being a word and "Super-Fly Pics" were all the rage. What hasn't changed, however, is that Terje was killing it back then, and he still is today. Style still mattered when it came to getting a cover pic, and people were doing up their top buttons, similar to the trendy kids of the 20-teens.

Style is still king, and a look through the history of Australia & New Zealand's longest running snowboard mag will illustrate this and hopefully inspire the current generation to take snowboarding back to its roots where it all began. 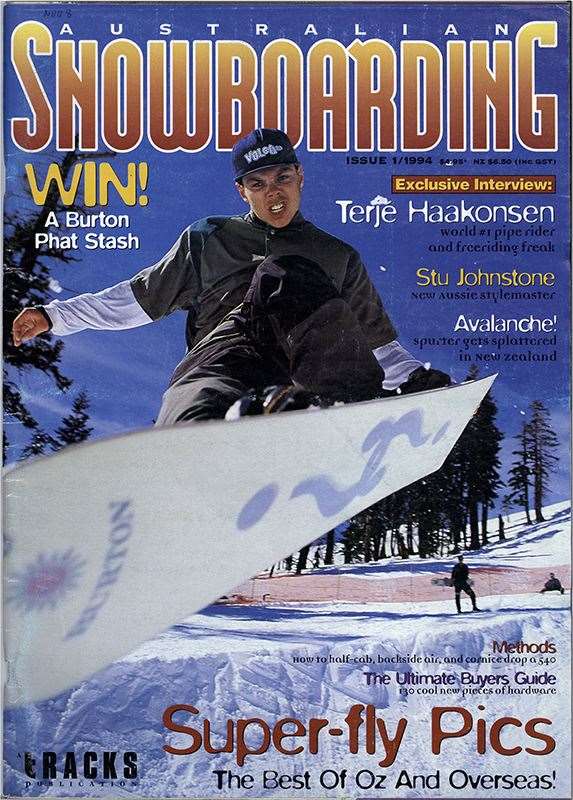