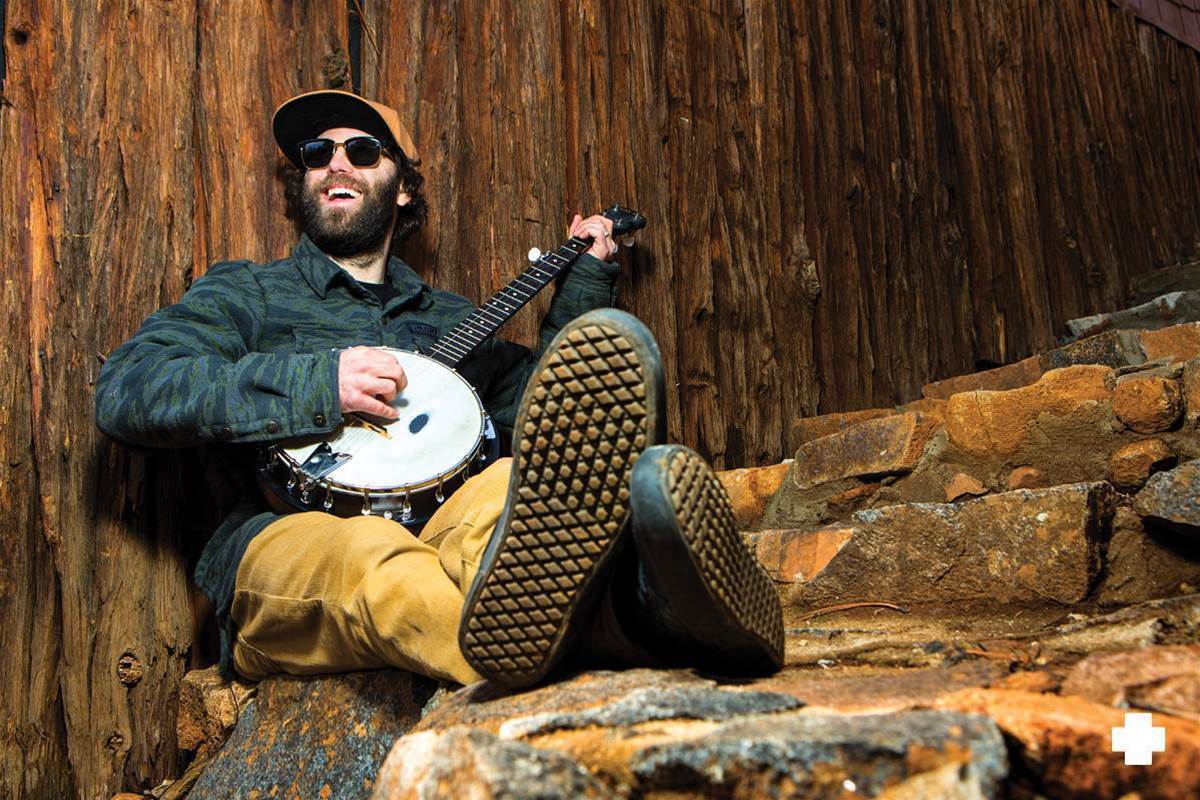 “We’re happy to welcome E-Jack to the SPY program,” adds Andrew Thomas, SPY Snow Marketing Manager. “His personality truly reflects his riding and is a great fit for the brand— fun,

bold, confident and uniquely creative. Working with Eric is a good time, and I’m excited for him to See Happy in his snow goggles, fishing sunglasses and even his prescription frames.”

E-Jack’s technical prowess goes well beyond his creative lines on the mountain. When his feet aren’t strapped into his bindings, he can often be found with his banjo hanging around his neck, which many had the opportunity to hear during his recent X-Games Real Snow part. E-Jack’s love for the outdoors doesn’t end when the snow melts, as shown via his Instagram feed, featuring almost as many shots of him with a line in the water as shots of his board in the pow.

SPY is an unconventional, fun-loving family of athletes and artists committed to creating exceptional optical products. Established in 1994, we are an independent Southern California- based company. We design products—sunglasses, goggles, and prescription frames—that take style cues from the outdoor sports community we’re engrained in, as well as the lifestyle that surrounds it. Our exclusive Happy Lens technology is the only lens on the market which harnesses the beneficial aspects of long-wave blue light, while offering protection from short-wave blue light known to damage the eyes. The Happy Lens name comes from independent studies which have shown that long-wave blue light can positively affect a person’s mood and alertness. To learn more about SPY, go to www.spyoptic.com.