Sydney’s Isaac Heeney was raring to go at the start of this AFL season. Then he came down with a bug – and so did his team.

Entering his third year in the league, Heeney had been talked up in the preseason for a bigger role, potentially spending more time in the vaunted Swan midfield. But just as the JLT Community Series commenced, the 21-year-old began to feel run down.

“I had a really strong preseason, felt the strongest and fittest I’ve been,” Heeney told Inside Sport. “I probably was enjoying life so much, always on the go.

“I don’t know if it was a little bit of fatigue that made me more vulnerable to it. Straight the first JLT [game], I started to come down, I wasn’t feeling right. I thought it was a common cold. Then I got aches all over and the glands were through the roof. Couple of days after it got really bad – could barely get out of bed, that sort of thing.”

Fans are used to worrying about players doing ligaments or broken bones in preseason; glandular fever, or “the kissing disease”, not so much.

“The doctors got blood test after blood test, and nothing came back,” Heeney says. “After about the fourth or fifth test, it came back with glandular. It doesn’t show up in the blood test until the antibodies are there. Knocked me about for three and a half weeks – did absolutely nothing, and then slowly built it up from there.” 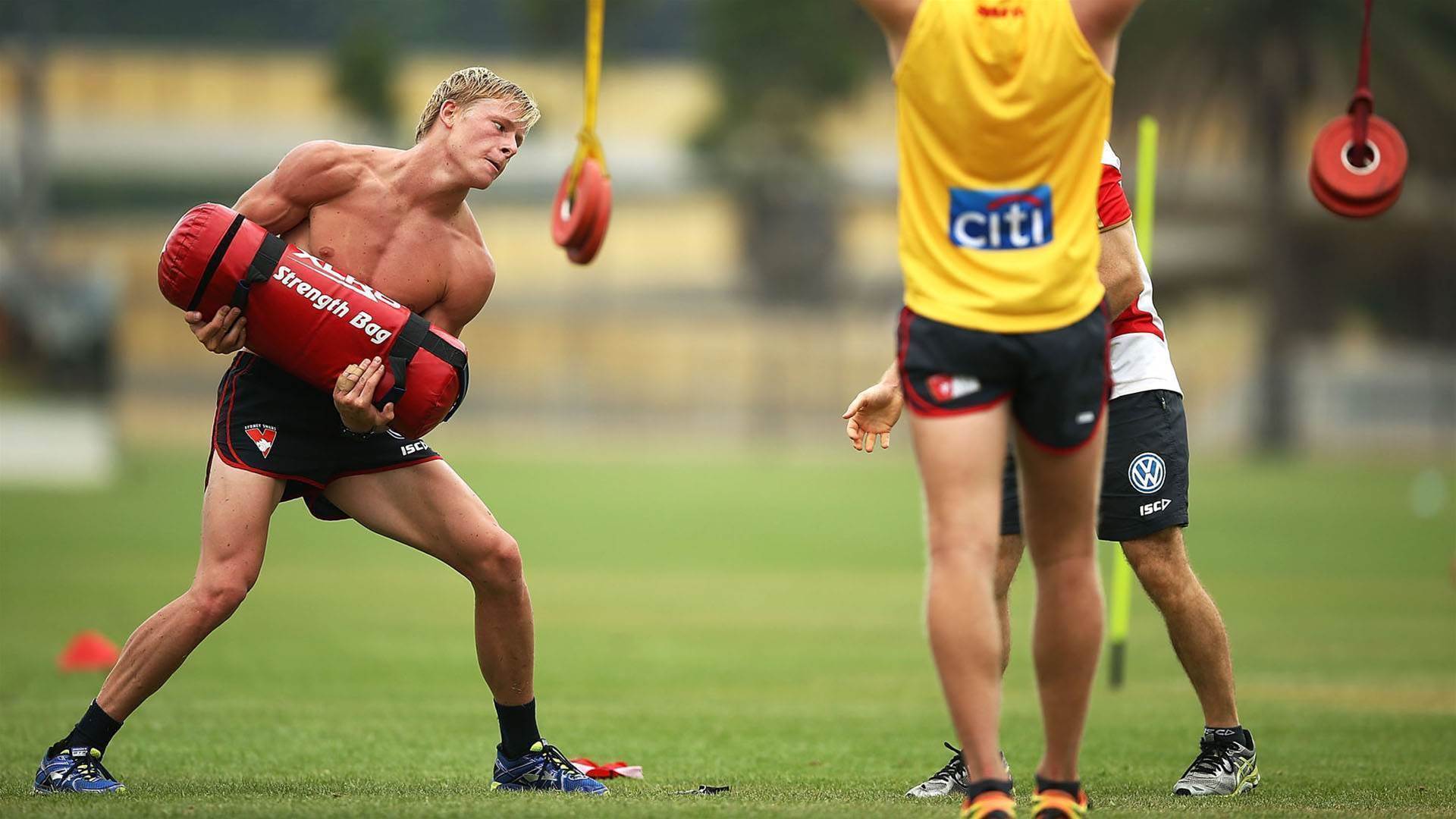 It wasn’t a lost preseason – Heeney says having a good base helped him, although he’s not quite back to where he was. The most difficult aspect of the illness, rather, was the always-active country boy holding himself back.

“I’m such an outdoors person – I never watch a TV show, always outside surfing or swimming, doing something. For me to do absolutely nothing for four and a half weeks, it drove me insane. And with the start we did – I couldn’t even get off the training track. It was very challenging.”

Adding to the challenge: Heeney had to watch the Swans struggle out of the gate, as one of the AFL’s perennial contenders went winless in their first six matches. Heeney finally made it back into the side for the loss to GWS in round five, and stands as a key figure in Sydney’s salvage job in 2017.

“At the moment, we need to get back to that elite level of our trademark,” he says. We don’t feel that today, obviously we’re 1-6, but it’s always there. Be positive, and that’s why the Swans have been so successful.”