Former AFL star Brendan Fevola says he wants to make a comeback to the big time with Collingwood.

The 36-year-old hasn’t played in the AFL since 2011 after being sacked by Carlton and then the Lions.

He is still playing and believes he has what it takes to again excel at the elite level.

Responding to a public petition calling for Fevola to join Collingwood after their woeful goal-kicking form, 'The Fev’ said Pies boss Eddie McGuire should give him a call.

“I sort of laughed at it at the start but then I got thinking,” Fevola told Melbourne’s Fox FM.

“But I sat down with (my partner) Alex last night having a beverage over dinner and I said, ‘Seriously, if I started training now, they got me fit, I got myself fit, and went there and did a pre-season, go on a rookie list, have a chat with Eddie’. 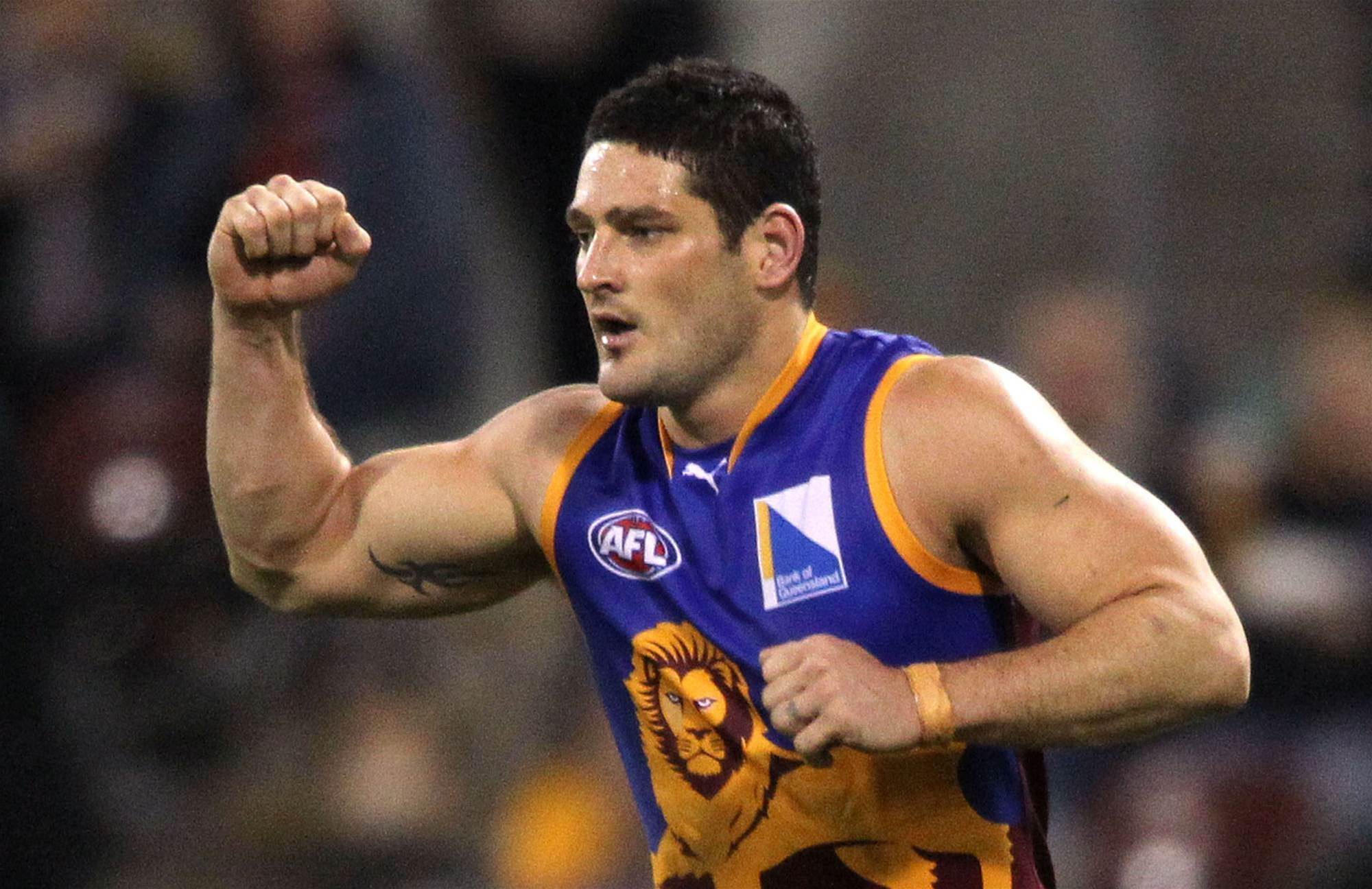 “It would be for the start of next year so I’ve got nearly a full season to get myself fit, which I can do because I’ve been fit before.

“They put me on a rookie list, I play twos (VFL), they get an injury and I go up into the ones. What a story.

“I started my career wearing a Collingwood jumper for Narre Warren. Imagine, the way I exited the game, which is obviously not the way I wanted to exit because I got sacked twice, all those young, stupid things are in the past.

“Come back and play a season of AFL, why not? End my career in a Collingwood jumper.”

Collingwood has struggled up front after losing Travis Cloke which was epitomised during Tuesday’s Anzac match against Essendon when the team missed several ‘easy’ shots at goal.

Had the Pies kickers been on target they likely would have won the game.

“I think I could play better than some of the blokes that are out there now,” he said.

“Collingwood is a huge club, one of the biggest in Australia (and) they get young kids. (People) always talk about age, ‘Oh you’re too old’ but at the end of the day I’ve been to the well and back so I could go onto the big stage.

“I don’t get nervous. These young kids (go) out there, they get a little bit nervous.

“I put bums on seats. Touch wood, my body is in good nick injury-wise.