Port Adelaide president David Koch has threatened the Gold Coast Suns ahead of this year’s AFL fixture in China.

The sides are set to line-up in the historic clash with Koch livered the Suns intend on wearing their home jumper that carries the same colours as the Chinese flag.

The AFL refuses to enter the debate with the Gold Coast listed as the home team in China allowing the Suns to wear their home jumper.

Koch says a contract between the two clubs supersedes that, however, Gold Coast says there is no such written agreement.

Port Adelaide has paid Gold Coast $500,000 to take its home game from Metricon Stadium to Shanghai.

“The AFL is going to have to rule on it because it is distracting on the absolute historic event this China game is all about,” Koch said on radio FIVEaa this morning. 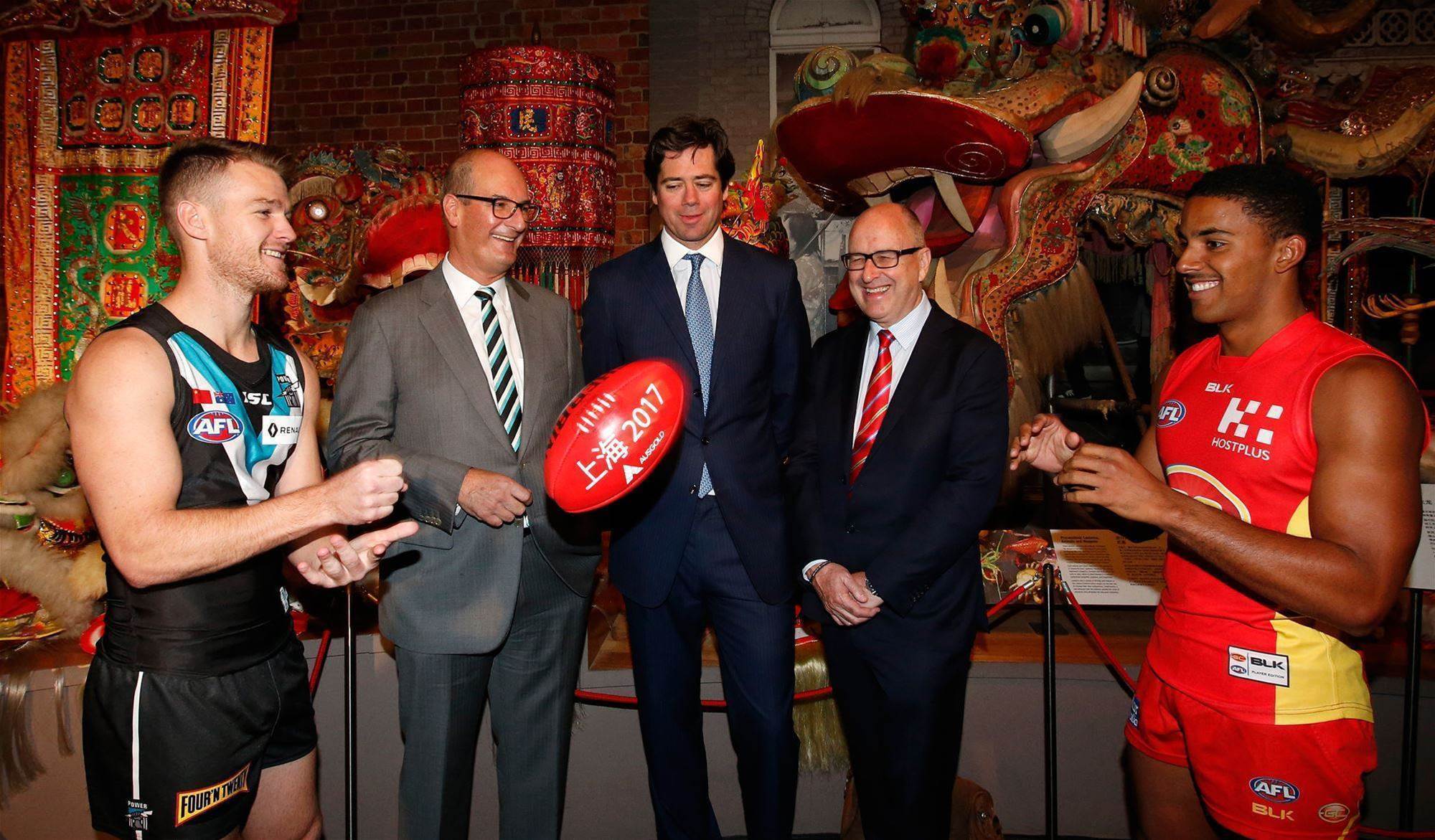 “We bought all home club commercial and otherwise rights for this game.

“It is as simple as that.

“The AFL is going to have to rule on that.

“Gold Coast is playing silly buggers ... and we are the club that is leading the AFL into China. We have bought this game — and paid good money for it. We are the ones who are committed for the next sort of 10 years to play a game in China each year.

“As I have said to (Gold Coast chairman) Tony Cochrane, if you wear the red-and-gold jumper it will be the last time we will play you in China. It is up to you.

“It is for the AFL to make a decision — and we will abide by it.”