Robert Drane’s incredible feature in the August 2019 edition of Inside Sport isn’t just a feel-good story about increasing numbers of players of Sudanese heritage popping up in Australian rules.

“Bob” - as we know him here at Inside Sport - has been wanting to write this particular feature article for quite some time. Loyal readers of Inside Sport who’d like to put a voice to a name can do just that by listening to this week’s Dead In Goal podcast episode, which features Bob chatting about his awesome cover story, among many other things …

When he initially proposed it at the start of this year’s AFL season, we innocently assumed he’d wanted to merely write up a celebratory yarn about African players currently starring in the AFL. After all, they’re growing in number: Aliir Aliir, Majak Daw and others.

However, it was a tad foolish of us to think it was going to start and end there with Bob. He is a special kind of writer; among the best crafters of a long-form written word in the country. He’s a brilliant sportswriter, but he’s also a highly accurate social commentator. When given the air, he’ll pick apart an issue in sport and by the end of the yarn, you’re left in disbelief at how you ever thought it was a sports-related issue in the first place. Sport somehow – and often - gets caught up in all of today’s complex social issues; even gets blamed for some of them. (Did you know the first-ever person to make a viral sex tape was an NRL player?)

So Bob submitted his story about Sudanese players in the AFL. But really, it’s about much more than that. In the tradition of the sequence of horrendous, headline-grabbing episodes of violence that began to intensify in regularity in Melbourne last summer - involving so-called Sudanese gangs - Bob wanted to get to the bottom of what was fact and was what fiction about this whole “gang” thing. And if indeed it was true – that there were Sudanese youth gangs roaming the streets, committing violent acts - what could sport do to play a part in steering this youth clear of trouble? Bob wanted to find out whether sport could address and redress some of the issues related to street violence and crime. Could it even help to correct some wildly inaccurate perceptions long-held by many members of the wider community who proclaim nothing good will ever come out of giving people from different backgrounds to us the chance to come in and live like the rest of us boofheads? In his travels, Bob dropped in on North Melbourne’s “The Huddle” program, where the man himself, Majak, is very active.

Yes, there’s plenty of Majak and Aliir in his yarn, but as alluded to earlier, there’s a healthy dose of social commentary from Bob here. A story like this required delicate, intelligent handling. We here at Inside Sport thoroughly recommend giving his lengthy article the time and attention it so well deserves, if not just for Bob’s long, clever and poetic words and thoughts, but for a self-education on one of Australia’s most complex social issues. It’s a typical Inside Sport story; an explanation of the seemingly unexplainable and unsolvable. In other words, typical Robert Drane. 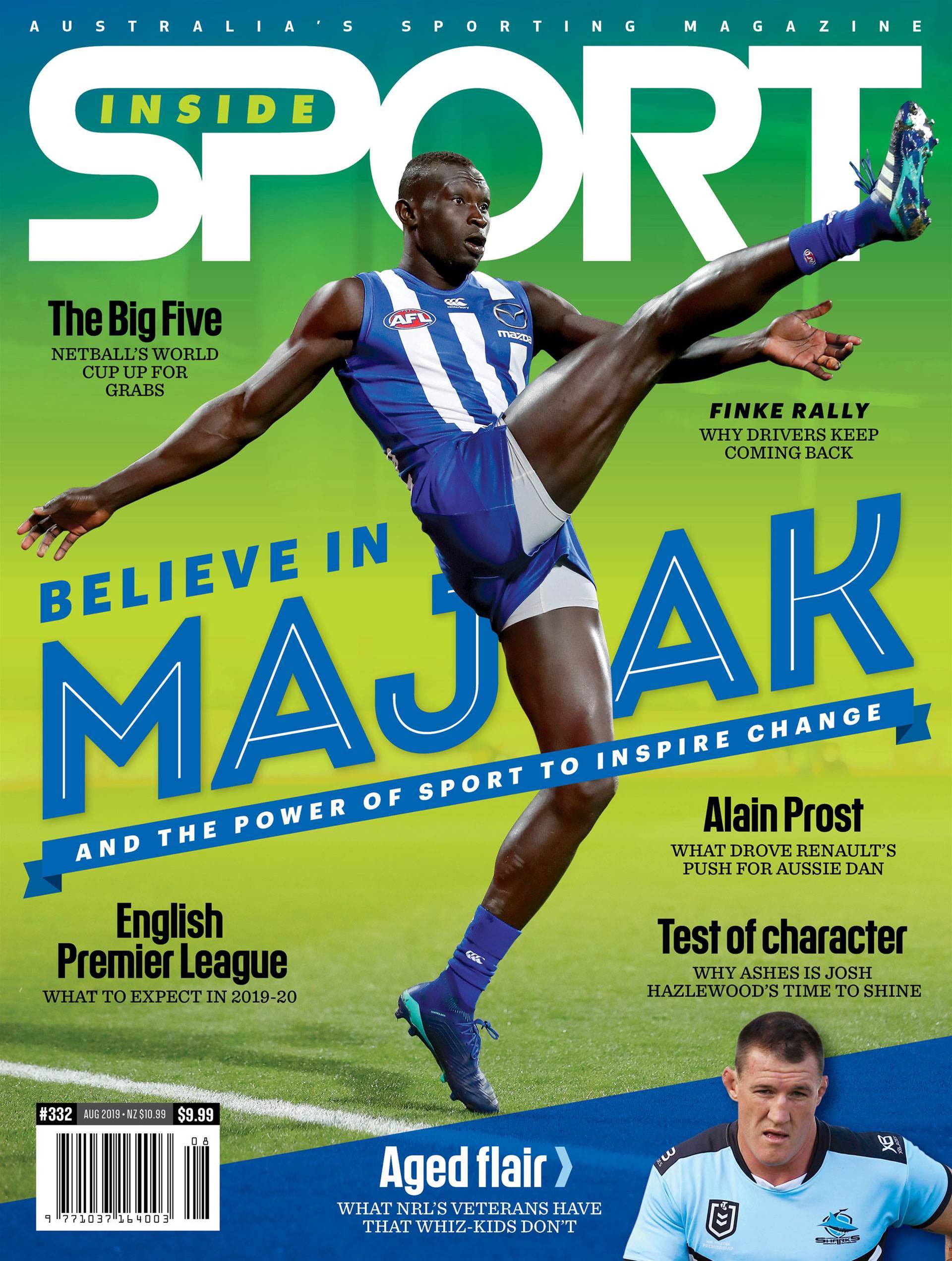