Hawks legend Leigh Matthews says his former club has lost hope after their 0-4 start to the season.

Matthews compared the current scenario to the Brisbane Lions side he coached in the 2000swho won three titles in a row before being long-time cellar-dwellers.

"You always knew that eras come and go ... but no-one would expect that they were going to fall off the cliff," Matthews told Adelaide radio station FiveAA.

"I'm a great believer in the connection between hope and energy," said Matthews, who won four premierships in a 332-game playing career with the Hawks from 1969-85.

"And when all of a sudden the hope's gone in the game - they're used to playing in premierships, now they're struggling to actually be competitive - your energy levels drop off as well. 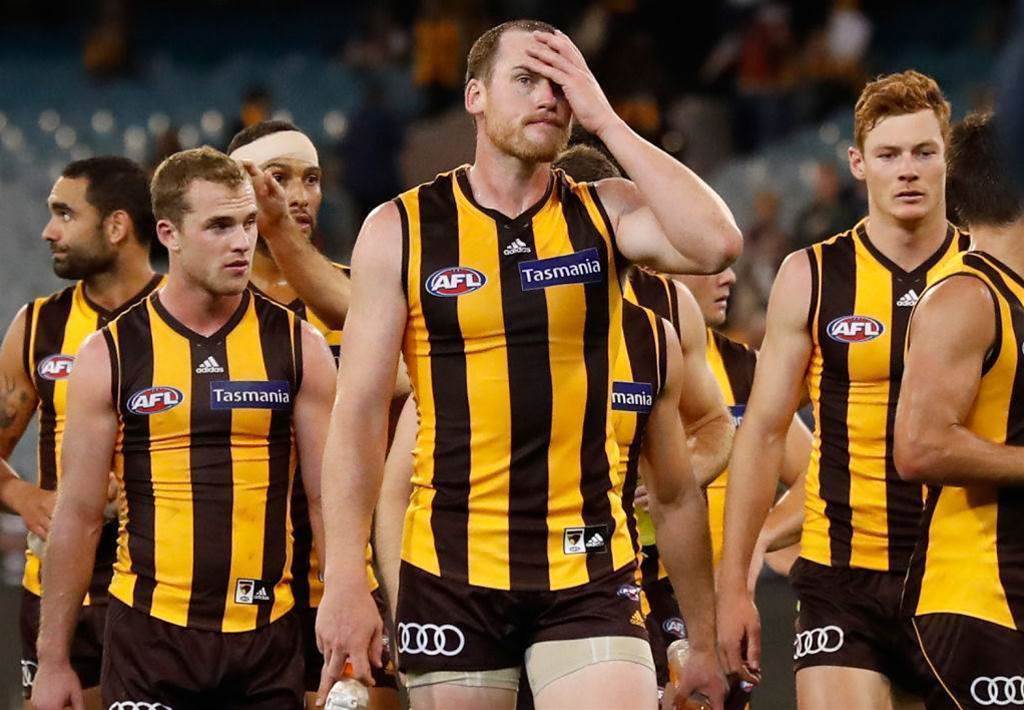 "They've all of a sudden just lost their confidence. They've just lost their belief in themselves and their teammates and probably are starting to question the system that they work under.

Matthews described the form of captain Jarryd Roughead and some of his fellow Hawks premiership stars this season as resembling "hackers".

"The names are still there, aren't they? You know that Mitchell and Lewis aren't there, and Brad Hill," he said.

"The Riolis, the Rougheads, the Gunstons, the Breusts - they just are looking like hackers in the last week or two.

"O'Meara and Tom Mitchell might be good players, but what chance do they have of being Sam Mitchell and Jordan Lewis?"