Sonny Bill is back, Quade Cooper's out, but beware of the Honey Badger! 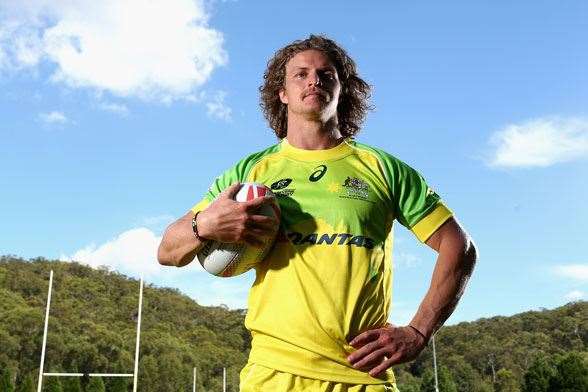 The Hong Kong Sevens marks the return of "The Honey Badger". (Photo by Getty Images)

The seventh tournament of the 2015-16 World Rugby Sevens series has arrived, in the form of the grandest stop on the schedule, the mighty Hong Kong Sevens. Yep, the wild, crazy sevens circus rolls into East Asia for the first time this season as teams battle for vital points and that most-prestigious cup.

Heading into this weekend the race for the championship is as tight as ever, with only two points separating first and third. Reigning holders Fiji sit on 106 points, South Africa on 105 and record-winners New Zealand on 104. Australia is placed fourth on 90 points, but has made great strides since its poor start to the season, finishing on the podium at the last three tournaments.

Australia coach Andy Friend opted to leave 15-man code star and Wallaby Quade Cooper out of the squad for both tournaments in Hong Kong and Singapore. Wallaby Nick "Honey Badger" Cummins, who initially didn't make the cut, has been called upon by Friend as an injury replacement for promising teenager Henry Hutchinson who has a foot injury . Captain Ed Jenkins and key player Cameron Clark return to the side after being rested, while Con Foley is set to become just the second Australian to win 40 world series caps. Though the Thunderbolts are in great form, they will have to push beyond their limits as the side is rife with injuries. Other players unavailable for selection include Tom Cusack, Pama Fou, Nick Malouf, Tom Lucas, Simon Kennewell, Pat McCutcheon, Greg Jeloudev and Henry Speight.

Meanwhile, New Zealand has been able to recall rugby superstar Sonny Bill Williams back into the sevens fold after he missed out in Las Vegas and Vancouver through injury. All Black and sevens veteran Liam Messam will also be lining-up, as well as sevens legend DJ Forbes, who will become the most-capped sevens player of all time over the next two tournaments.  The Kiwis will be aiming to the repeat their triumph in Vancouver and push for top spot in the overall standings. 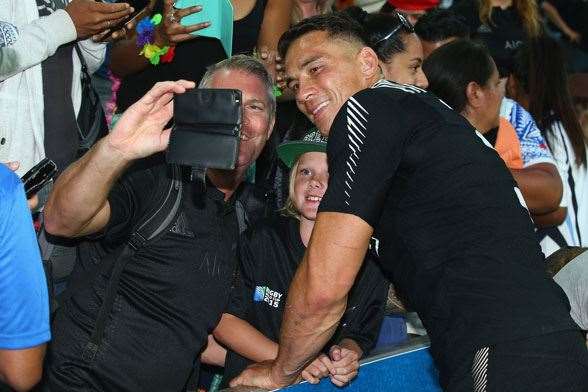 Sonny Bill Williams' return will be a major boost for New Zealand. (Photo by Getty Images)

South Africa has opted to let rugby legend Bryan Habana focus on his club duties for Toulon in France, but the Saffers will still be able to rely on the services of former Springbok Ryan Kankowski.

Argentina has chosen Javier Ortega Desio - one of the players that helped the Pumas reach last year's Rugby World Cup semi finals - in its squad for Hong Kong.

Meanwhile, France has taken its new rugby star and hero, Virimi Vakatawa, to Asia. Dubbed "France's answer to Sonny Bill Williams", the Fijian-born flyer just this year made his debut for the French 15-man side and was a shining light in what was a disappointing Six Nations campaign for Les Bleus.

Fiji welcomes back Semi Kunatani, a key player who led the side to last season’s world title ... and one of the nation's most beloved athletes.

With only four tournaments remaining in the series, there are vital points on offer in Hong Kong, then Singapore. As the race for the championship is as heated as ever, get ready for some exciting and breath-taking rugby as teams will be preparing to push through the pain barriers.

Australia currently sits fourth in the 2015-16 HSBC World Sevens Series standings, 14 points adrift of third-placed New Zealand but ahead of the USA on percentages.

Fans can catch all the action from the 41st Hong Kong Sevens LIVE on FOX SPORTS Channel 503 from 3pm AEST on Friday.

Vincent gets hot in Singapore