Former AFL player Jake King has been charged with making threats to kill over an alleged extortion attempt. 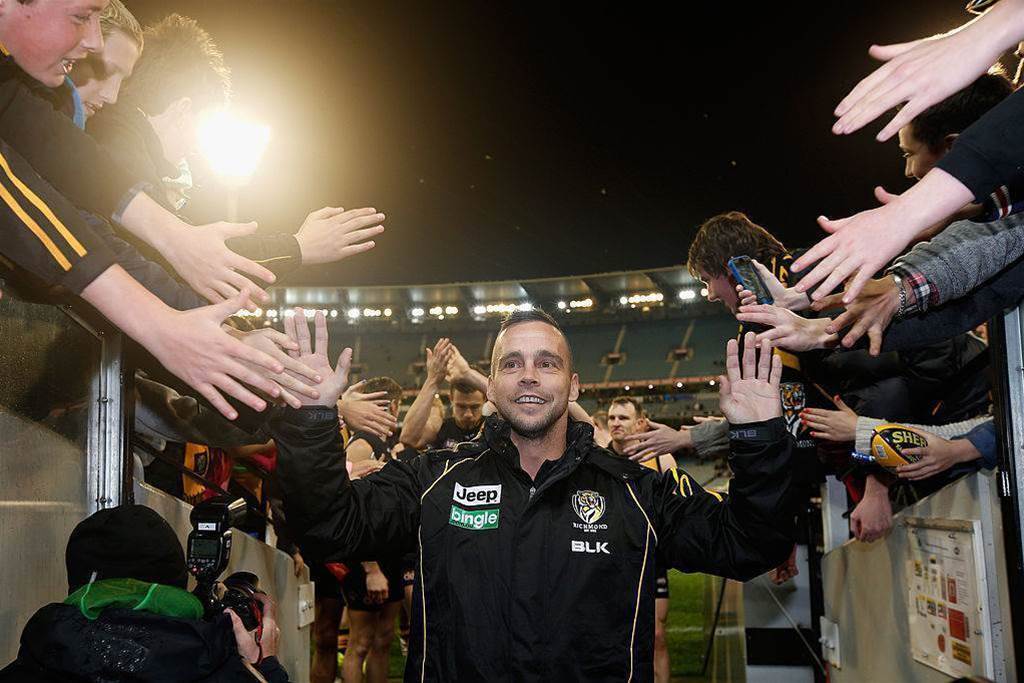 Current Hawthorn star Ty Vickery, a former team-mate of King at Richmond, was also arrested by police over the matter, but he has been released without charge pending further investigations.

Vickery’s club said in a statement: “Hawthorn Football Club is aware that Ty Vickery is assisting police in an investigation.

"As the matter is under investigation the club will not be making further comment at this time."

King, 33, is facing charges including making threats to kill and inflict serious injury.

It is alleged the incident relates to a dispute between Vickery and his former business partner.

King, who played for Richmond as a small forward until 2014, was released on bail after being charged and is due to appear in court on November 15.