Melbourne puts the rebuild behind them with a landmark, streak-busting victory over Hawthorn.

A future history of the Melbourne Demons could well point to their match of round 20, 2016. Who knows how well the club will go from here, but it was apparent even in real time as they ran away from Hawthorn in the fourth quarter at the MCG – the rebuild is over, and a potential contender is on its way.

Those hapless Dees, the club that hasn’t seen finals in a decade, repeatedly messed up draft picks, forever tainted by tanking, is now a thing of the past. Beating the Hawks for the first time in 14 games will do that. The cast of young talent that helped pull off the result: Max Gawn, Jack Viney, Christian Petracca, Sam Weideman, only serves to deepen the optimism going forward.

Melbourne now looks like it has an honest-to-goodness AFL list, which couldn’t be assumed the last few seasons. But to hear coach Paul Roos explain in an interview with Inside Sport, assembling the talent wasn’t the sole objective of his project at the league’s oldest club – in fact, it wasn’t even the main objective.

“There’s two [points] – they’re connected, but not. There’s the actual structure of the football department and coaching group is a real priority. The succession plan is a part of that. Putting a high-level coaching group around the players is extremely important …

“Getting that right has been fundamental to them seeing improvement on the field. But we had to do that first. Then the actual on-field stuff is just building your game plan: where it starts, teaching players the fundamentals of the game.”

“In terms of where we’re at win-loss, that’s harder to predict. We’ve changed a lot of players, 30-something players over three years. But ‘rebuild’ of the footy department is more of an apt term rather than how people talk of rebuilding your team.”

Roos will depart the job, as he alluded to in the succession plan, at the end of this season and hand over to Simon Goodwin. Roos’ coaching legacy was secure for his premiership-winning work at the Sydney Swans; what he’s achieved in Melbourne might be as impressive in time. 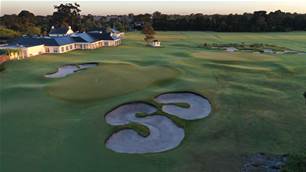 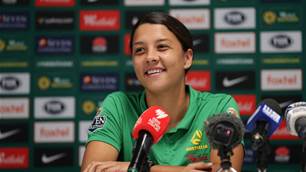