Tomorrow night the National Rugby League will commence the third week of its much anticipated 2016 Finals Series. And so far it has put on a superb show for the fans.

In 2016 the NRL has absolutely nailed the fan experience. Having attended two matches already in this year’s end-of-season play-off series, it’s obvious how much extra effort the league has put in to ensure the fan feels like king or queen; the major stakeholder, the reason the players are putting on the show they are.

From the outset, let this columnist declare his impartiality as a regular attendee of NRL matches, not as a member of the media, but as a fan first and foremost, who buys his own tickets, and thus snarks-out his Twitter rants when the pies aren’t hot enough, or the bars close too early at the Sydney Football Stadium …

In previous seasons, the NRL’s hosting of finals matches has meant a dulling-down of the hype, less voice-over background noise and next to no celebration of the home team in order to avoid criticism that the league is favouring one team over another.

This year they’ve flipped all that on its head and celebrated both teams to the hilt, no matter whose stadium the game is being played at. 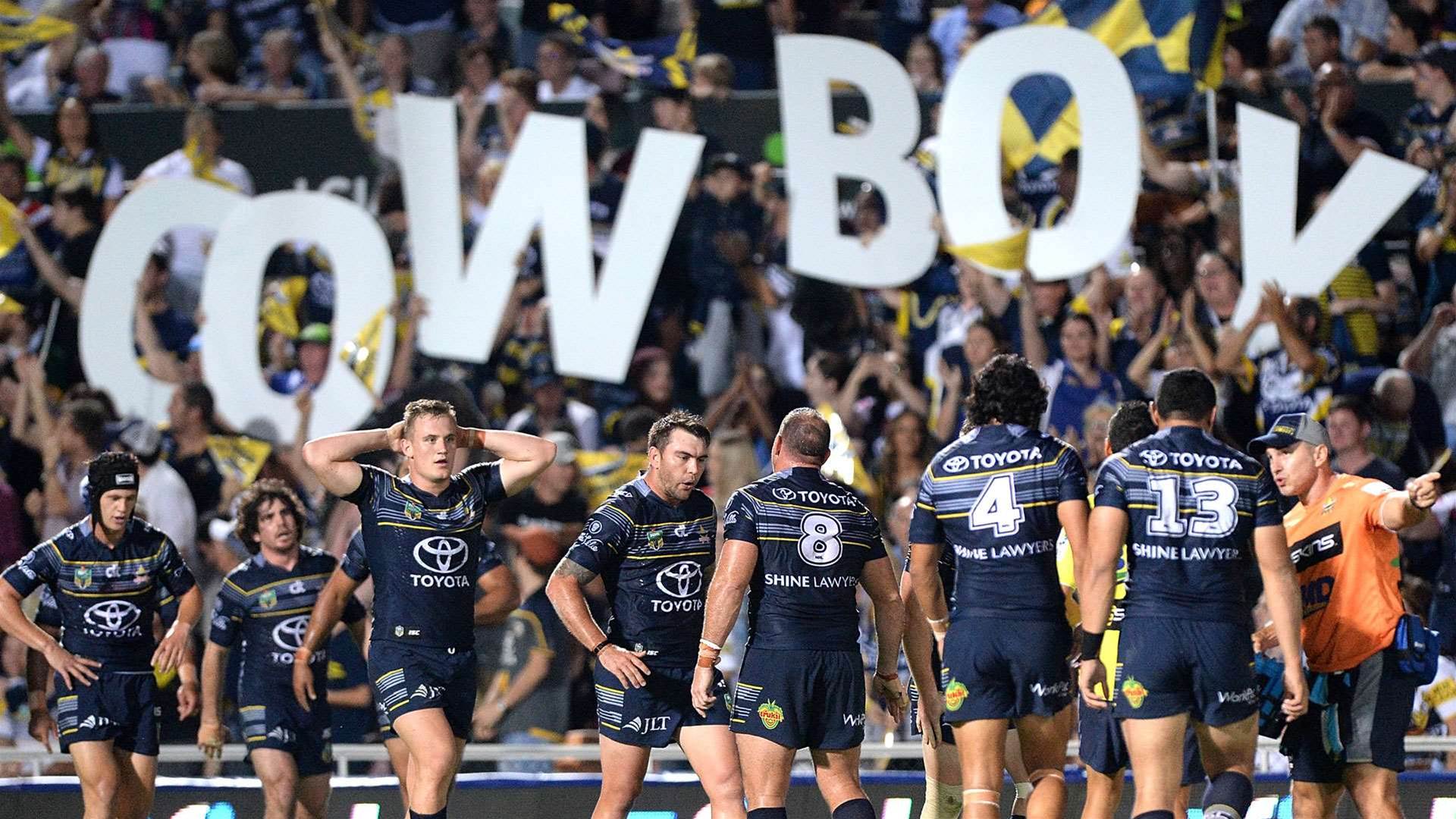 As a Penrith fan, I attended the club’s Allianz Stadium blockbuster win over the Bulldogs and was also mad enough to travel down by car to the boys’ loss to the Raiders last weekend. At both games the histories of the featured clubs were heavily celebrated on the big screen, emphasising to the fans that you’re not only at this game of footy, you’re part of an ever-evolving story between your club and the opposition. I could watch Royce scoring that try off Mark Geyer’s catch, charge and pass back in 1991 all night. Likewise, Canberra fans and Mal’s thundering charge to the line in the 1994 decider. To see these moments being played out on modern, giant screens is fantastic. Penrith received several mentions in the pre-game hype at GIO last weekend, making us poor visiting spectators feel we were welcome. We felt it, anyway …

Ticket prices have been very affordable, and as such the fans have rocked up. It’s not rocket surgery. Almost 50,000 people attended Canberra’s two play-offs in the nation’s capital, while there haven’t been too many green seats to be seen at Melbourne’s Rectangular Stadium of late.

The big, white block letters handed out to supporter groups near the sidelines contribute to a terrific tribal feel at the stadium, and the giant, cardboard faces of the big-name players from all teams which are handed out to the most lively fans are a winner. It’s all fun. And that’s all it has to be.

One minor change the NRL could consider for next year and beyond is allowing regular ground announcers to keep their gig for home finals. On occasions it does feel like the establishment has taken over, with the same voices heard at Canberra as at the big Sydney stadiums. But that’s just a minor criticism. Here’s hoping for a great second half to the 2016 play-offs.