Jones coached the 1984 invisibles Wallabies side at a time when NSW and Queensland provincial teams made up the entire squad.

As the Western Force wait for the tap on the shoulder to end their future, Jones was adamant the current five-side Australian Super Rugby set-up was not working.

“They’ve (the ARU) presided over this stupid Super Rugby thing which seemingly wants to incorporate every country in the world,” he told Fox Sports.

“When I coached Australia ... we had the two leading provincial rugby sides in the world. No one could beat Queensland and NSW.

“But (now) they don’t rate a mention in terms of provincial strength. And that was the source of my Wallabies side.

The Melbourne Rebels, Western Force, Queensland Reds and NSW Waratahs all lost at the weekend.

New Zealand Super Rugby teams have an 11-0 win-loss record over Australian sides in 2017.

“The cost of transport alone, plane fares and hotels, is enough to break the Bank of England,” he said.

“We should be playing provincial rugby, us and New Zealand, concentrate on our domestic rugby competition and rebuild Australian strength.” “We’re not spending enough money on the schoolboy stuff, it’s almost forgotten and unacknowledged, the club side is basically abandoned by Australian Rugby, the provincial stuff (Super Rugby) is awful.

“And by the time we get to the top, we’re in trouble.” 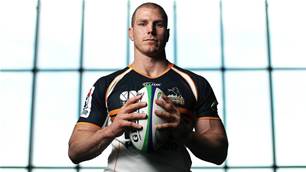