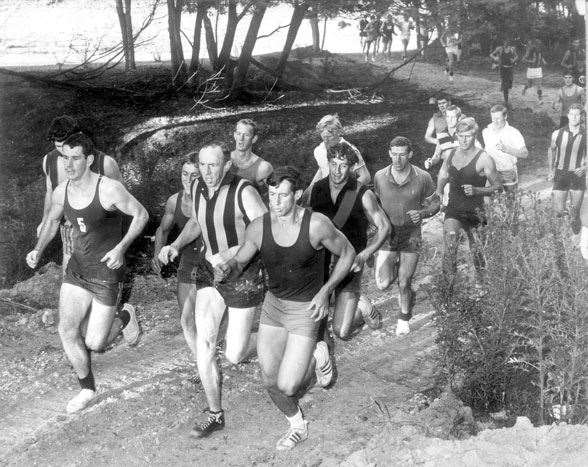 Elsewhere in our September 2015 edition, we give due praise to the Hawthorn AFL club. Since their first premiership in 1961, the Hawks’ star has never really waned. They’ve now won 12, and played in 18 grand finals. And their current renaissance can still be attributed to a system and an attitude that was instituted long ago.

Hawthorn coaches, like Kennedy, Jeans, Parkin and now Clarkson, have become legends. They have made a point of recruiting judiciously, sometimes unconventionally. They’ve produced some of the best footballers of the modern era and made great players out of men who might not otherwise have been considered so.

Most of their success can be traced back to John Kennedy, their coach throughout the 1960s and ‘70s. But the seeds were planted before the Kennedy era, when they were coached by an ex-Carlton man, Jack Hale, whose secret weapon was embedded within his team. That weapon’s name was Brendan Edwards. Edwards was more than a mere player. He was also the brains behind the avant-garde fitness regimes of the Hawthorn sides when he played, and for years after he retired.

Considering the brevity of his career (109 games), Edwards was a magnificently accomplished footballer. He collected accolades and awards the entire time he played. He was flamboyant, energetic – a jack-in-the-box. Edwards would not only have slotted comfortably into a modern side (he was such a talented possession winner, such a relentless driver), he’d have dominated today’s game.

When Edwards, a physical education teacher, was recruited for 50 pounds, he immediately had team-mates dumbfounded. His fitness regime consisted of rapid, high-energy “circuits” of push-ups, knee jumps, sit-ups, chin-ups and other exercises ... all done with boundless energy. His aerobic capacity was voluminous before anyone even knew what “aerobic” meant. With explosive strength, he was able to shrug off tacklers and burst away, kicking at full speed. But the most striking thing about him was the way he finished a game – fresh as the moment he began.

Hale never won a premiership with Hawthorn, but he was the man who instilled the tough “Carlton” attitude at a club with a patchy history. Seeing the immense value of Edwards’ methods, Hale announced a new “scientifically based” regime. Kennedy, who was still a player, Alf Hughes and Graham Arthur went straight to the source, Edwards, seeking to attain his astronomical fitness level. Edwards happily obliged. Arthur, Kennedy and Hughes all had outstanding seasons the next year. Eventually, in 1959, Edwards introduced his regime to the entire team at Hale’s behest.

When Kennedy became coach in 1960, Edwards was still in the team. Kennedy now understood the benefits of superior fitness, and soon it characterised his side to such an extent they became known as “Kennedy’s commandos” – a group so fit they’d run opponents off their legs; so strong they’d win with muscle what they couldn’t with skill.

In 1961, when the Hawks won their break-through premiership, they were not necessarily the best side. The grand final was scrappy, but this allowed Hawthorn to impose its physicality. The Bulldogs flagged as the arm-wrestle proceeded and Hawthorn’s superior endurance and ability to think and execute late in the game helped it to pull away. It was the genesis of “pressure football”.

Edwards led the way. He amassed 33 kicks, but his sheer presence was outstanding. He was everywhere, irrepressible, a colossus – a colossus weighing 75kg and 178cm tall. It was one of the most dominant solo efforts in grand final history. He was clearly the best on the ground, daylight second. What’s more, after the final siren, he looked as though he could do it all again.

To everyone’s shock, Edwards retired at the start of the next season to develop his fitness centres. Other teams were quick to pounce on Kennedy’s methods, and his team, not over-endowed with experience, slipped. Edwards was coaxed into coming back in 1963, and he himself was convinced he was about to attain a new level as a player when he badly dislocated a knee against Richmond. His career was over. Still, the Hawks were able to make the grand final that year. 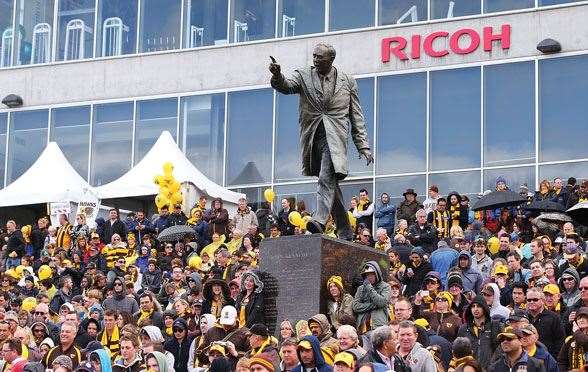 Kennedy himself sat out the next few years to concentrate on his “real” career as a school principal (times certainly have changed!), but returned as coach in 1967. The first man he approached for assistance was Edwards and in 1968 they worked together to refine the circuit training methods which had now become more sophisticated and well-known.

Of course Edwards, a fitness professional, was well ahead of the curve. He designed a “commando” course at a farm in Bulleen. Twice weekly in the 1968 pre-season, the Hawks would lug sandbags over hills, cross the Yarra swinging or shimmying on ropes, carry bricks in each hand as they ran and crawled through pipes.

The fitness levels they cumulatively acquired were a factor in their 1971 grand final win over St Kilda. In cold, muddy conditions, Hawthorn was behind by 20 points at the last exchange. It had been a low-scoring game, and there was no indication the Hawks would make up such a deficit in the circumstances. Again, their fitness and toughness told in the last-quarter ten-goal slugfest, and they got up by seven points. Hawthorn more than doubled its score in that quarter, even though St Kilda scored 18 points. St Kilda’s coach, Allan Jeans, lamented after the game that “the season was just 25 minutes too long”.

Edwards’ legacy continued. The triumph of 1971 led to the successes of the rest of the decade, in which they played four grand finals and won another two. These outstanding finishes set the platform for the Hawthorn Hawks legend which has not diminished to this day.

Edwards returned to his health clubs, and the business of introducing the concept of aerobic fitness to Australia. His impact on a game as a player is often understated, as was his influence on the game. As spirited and colourful as ever, he was asked a few years ago how he’d go nowadays as a player. He replied, “I would fit in quite well. It would suit me. I would do it easy and rack up countless possessions.”

As Muhammad Ali once said, it’s not bragging if you can back it up.