Inside Sport recently chatted to Australia, Queensland and Melbourne Storm superstar half Cooper Cronk about what makes the great Johnathan Thurston … great.

Cronk’s comments below were part of an eight-page feature story we called Thurston For Dummies, which appeared in our June 2017 edition.

Here, Cronk outlines his and JT’s roles for Queensland, and how they compare to their domestic duties for their respected beloved Cowboys and Storm. It’s an interesting insight into probably the most dangerous halfback/five-eighth combination rugby league will ever know …

“For Queensland and Australia, because Johnathan and I are both capable of being first receiver and setting up our forwards along with the likes of Cameron Smith, Darius Boyd and/or Billy Slater, Johnathan is the swing man who switches from side to side,” the 20-Origin star and Fox League ambassador explains of the Maroons’ attacking structure.

“At the Cowboys, Johnathan shifts across the middle of the field, basically between the scrum lines in the first receiver role and then has Lachlan Coote on the left and Michael Morgan on the back of shape on the right. 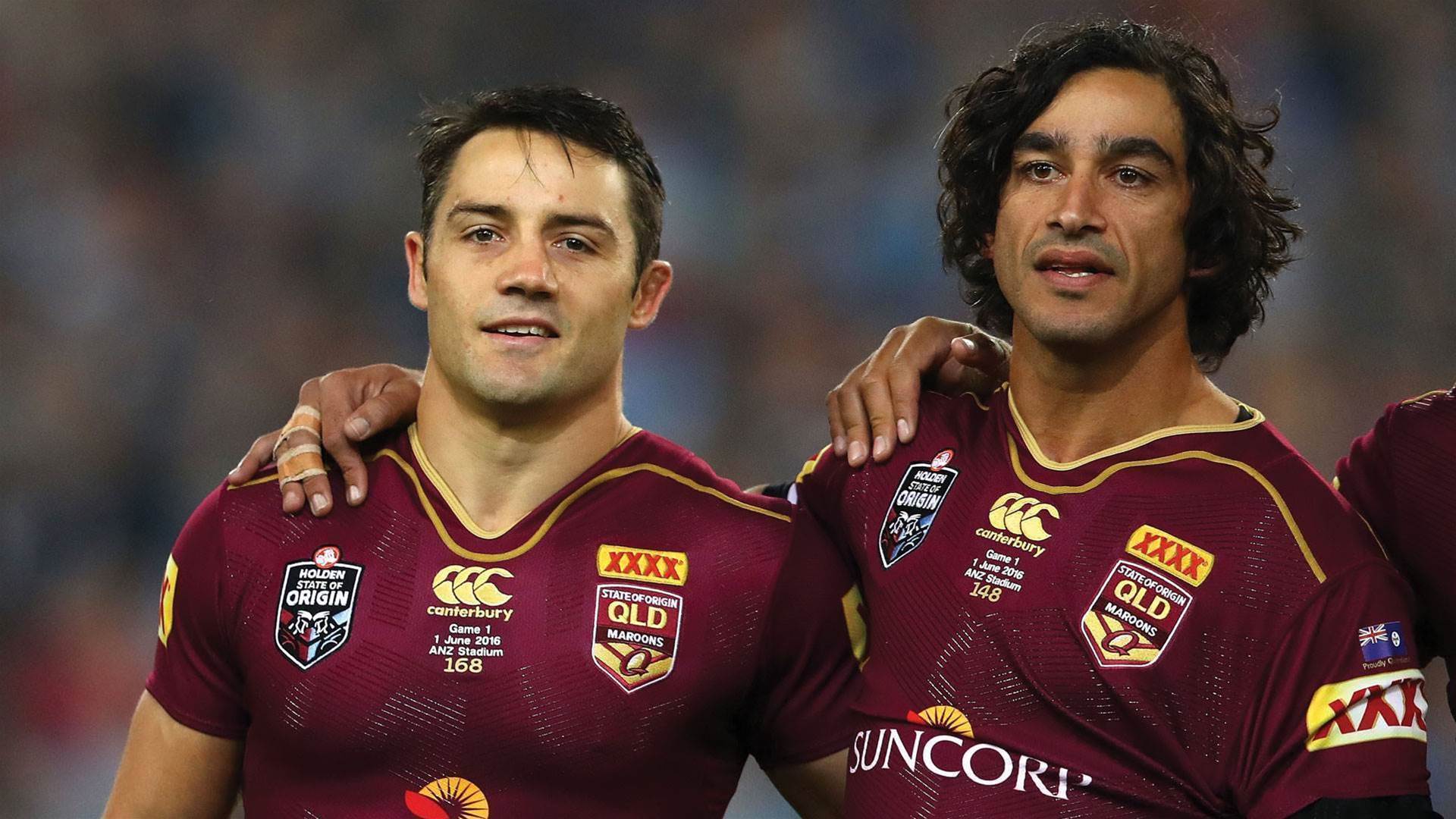 Cronk and JT at the national anthem. Will they be belting out the Maroons' victory song after Game 2? (Photo by Getty Images)

“So in terms of the contrast, Johnathan at North Queensland is the prime ballplayer. He’s the guy who contributes and influences the play, whereas for Queensland and Australia, we have equal ball-playing ability, so you do the traditional version where the fullback is the quicker guy out the back of shape, putting the wingers away to a point. It’s more of a coaching strategy as opposed to an individual strength, as such.

“The speed and time it takes for him to arrive at a conclusion of ‘that isn’t what I should do, this is what I should do’ is second to none,” Cronk shares. “For argument’s sake, say a centre would like to jam in and try to smash the fullback to create pressure. Johnathan sees him moving, and then comes up with an alternate play selection – I believe – quicker than most players in the game.

“He might go to the line thinking, ‘I’m going to throw a short pass here to the backrower,’ but then realise the centre has come up and has put his body in a position which has allowed Johnathan to execute another play. The speed of his reaction to spot that and change his mind all in a split-second is probably his biggest asset.

“When you play for Queensland and Australia, there’s a lot of very good players who are the focal point of their club footy team,” says Cronk. “As a half, the key to playing in those rep teams is to be selfless. To play your hand at the right time, don’t overplay it, play your role and allow other players to play their bit and showcase their skills from time to time. There’s certainly a lot of selflessness in Johnathan’s game.”