It’s proven the ultimate troll of NSW throughout the Maroons’ decade and a bit of State of Origin dominance; that the Blues just don’t get Origin. So, after Sunday night’s series-clinching win, has the penny finally dropped south of the border?

What was interesting about the Blues’ rare series win back in 2014 was that there was very little talk amongst Queenslanders in the aftermath about how NSW had finally caught up in the Origin “get it” stakes. And fair enough, it was their rivals’ first series win in nine years; baby steps to respectability and all of that. They acknowledged the Blues’ long-awaited series victory, but those southerners still weren’t like them. Not by a long shot. Because they still didn’t get Origin.

Your writer had wondered what this “get it” thing meant for a long time. So at the beginning of the 2017 season, I asked a bloke who should know (what it meant from a Queensland point of view, anyway), the owner of the “Queenslander” call himself, Billy Moore.

“Fundamentally, the ‘Queenslander’ call and cause was all about helping your mate, no excuses,” Moore told Inside Sport back then. 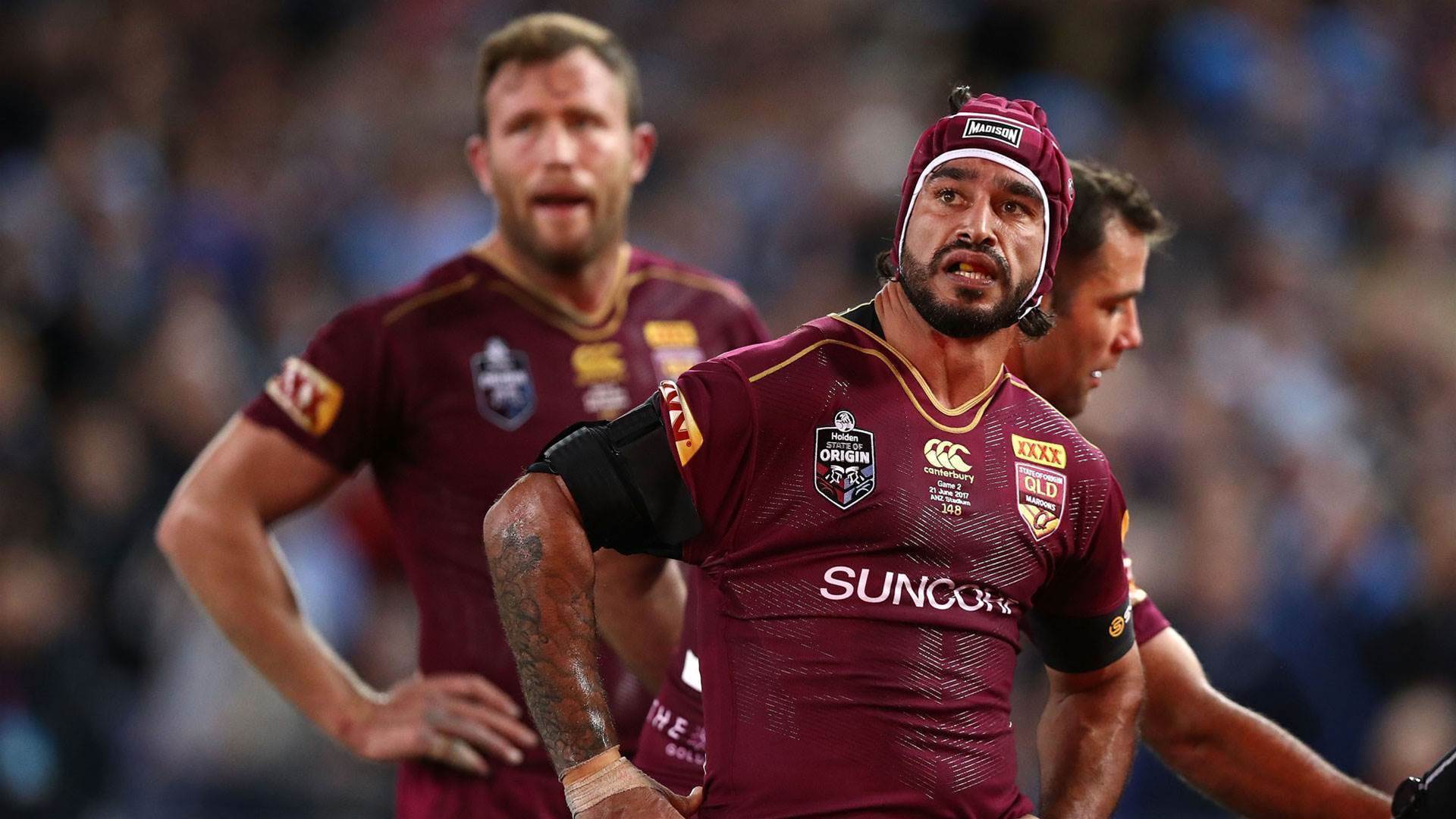 The rep retirement of Thurston worried Queenslanders ahead of the 2018 series. (Photo by Getty Images)

“Why it is so powerful and strong is that, for every Queenslander, it’s their brand; especially over the last decade and a bit, with what the Queensland side has achieved. It’s just gotten bigger; today it’s the biggest brand in Queensland. You go to Suncorp Stadium on State of Origin night, the crowd screams it before the game starts, and they don’t stop. And the players hear it, they know. They can sense it.”

This year the Queenslanders, fans and players, even before a tackle had been made, seemed to have changed their tune about how possible a NSW series win was. It’s likely this had more to do with the retirement of their beloved superstars Thurston, Cronk and Smith from rep football than a sudden newfound respect for their arch enemy. But the seeds of respect that it was game-on were there nonetheless.

(Image at top by Getty Images)