Cronulla coach Shane Flanagan has rebuked suggestions that Valentine Holmes is unhappy playing on the wing and says the 22-year-old will stay in that position in the future.

Holmes started at fullback in the Sharks' round one loss to North Queensland but struggled in the role, making several mistakes.

He played on the wing, the position in which he features regularly for Queensland and Australia, in Thursday's defeat to Dragons.

Previously Holmes has stated his desire to play the number 1 position.

Flanagan has several options at fullback, including Josh Dugan and Matt Moylan, and says Holmes will stay on the flank for now.

"He is the world's best winger, I heard," he told reporters after the St George Illawarra loss.

"Someone told me, someone in the media. He played for Australia, one of the world's best wingers. We can bang on about Valentine playing on the wing, his best position for us at the moment is on the wing. That's where he'll play.

"Whether he's played well tonight, you (media) have got to make that call. I'll talk to him about his game, he had some errors in it and as I said he's an Australian winger and we just need to pick it up. Not just him, everyone."

Flanagan admitted Cronulla didn't deserve to beat the Dragons after an error-prone second half performance.

"We’re terribly disappointed with our second half," he said.

"You just can’t do it. Some of the errors that we made today in that second half are fundamental – kicking out on the full, not catching kick offs and so on. I’m really disappointed. We were own worst enemy.

"Too many errors in the second half and we need to fix it up really quickly. It’s hard to work out why. We went to 16-0 and we didn’t catch the kick off – you just can’t do it at this level. The whole team played with control in the first half, only one error.

"No excuses, we just killed ourselves. We didn’t deserve to win in the end.... We need to starting winning football games now. I’m sure we can if we do the fundamentals." 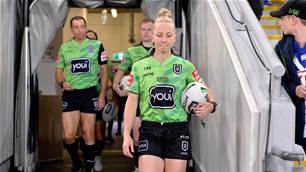