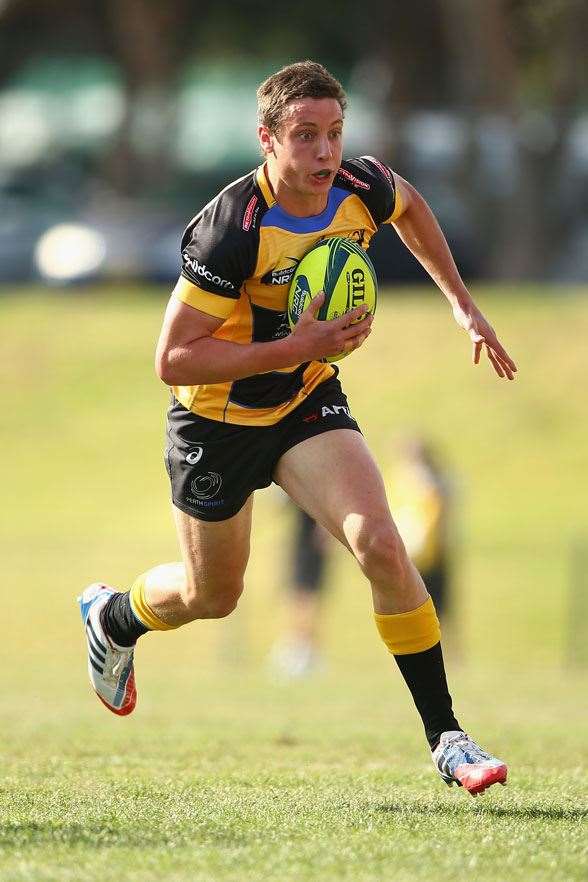 Remember the first time you read about Quade Cooper? Or Kurtley Beale? Perhaps James O’Connor? It may be worth remembering the first time you read about Nick Jooste (pronounced “yousta”) as well. Jooste falls in line behind the aforementioned Wallabies as one of six players to secure a Super Rugby contract while still at high school. Since signing with the ACT Brumbies in late 2015, the Perth local has graduated, moved across the country and been welcomed into Stephen Larkham’s rugby family. Fly-half Matt Toomua is off to England at the end of the year and it would appear Jooste is being groomed as his replacement.

“I think [Brumbies coach] Steve Larkham saw a little bit of himself in Jooste,” says Western Force junior elite coach Dwayne Nestor. Jooste and Nestor share a close relationship. When the youngster approached his mentor to discuss the Brumbies’ two-year offer in September, he reluctantly encouraged him to take it up. The impact of Jooste’s loss to the WA rugby system? “Huge ... Yeah, huge,” Nestor laments.

The former Aussie rules player has a big boot. A good boot; a video of him nailing a 60m conversion has been seen a few thousand times on YouTube. Long-range kicking hasn’t come up in conversation between Jooste and Larkham yet. “It’s another string that we’re yet to explore, but we know he’s got that potential there,” Larkham says. Nestor believes Nick’s rise to Super Rugby has been so rapid because of his ability to focus. “He’s one of those kids, he’s a pretty quiet kid; modest. He doesn’t pump his own tyres up.”

Nick’s father, a South African, lost his son to Wallabies fandom when Nick was about 12 years old. His work ethic comes from his family. He entered the WA elite system before he turned 15 and began to gain enough control of his long limbs to make an impact in under 17s representative sides. In his final year at the prestigious Hale School in Western Australia (which has produced six professional rugby players in the last eight years), Jooste captained the team: “I learned how to be a bit of a leader.”

His performance in the 2015 NRC for Perth Spirit, including a highlight-reel-worthy try, helped secure the Brumbies’ offer. Since arriving in Canberra late last year, “He’s picked everything up really quickly at training and doesn’t look out of place at all,” Larkham says.

A tall, heavy player with speed and a ranging boot. Remind you of anyone? “A few of the boys are joking that he’s my son,” Larkham says. Jooste’s playmaking style is very different to the Foleys, Coopers and O’Connors of the world; rather he draws comparisons to the Rebels’ Jack Debreczeni. But Nestor offers higher praise for the young man he thought looked like a “tall streak of duck shit” when he first met him, aged 14. “Jooste will work out what works best for him. The best players do that. If they’re smart enough to realise their strengths, they’ll model themselves on other players, but they’ll develop their own style.”

“His work ethic, if he stays fit, will get him to the top.”

“He’s got pretty good skills for someone his age. He reads the game well and has really good composure. And he’s willing to put his body on the line. A combination of all those things means he has a big future.” 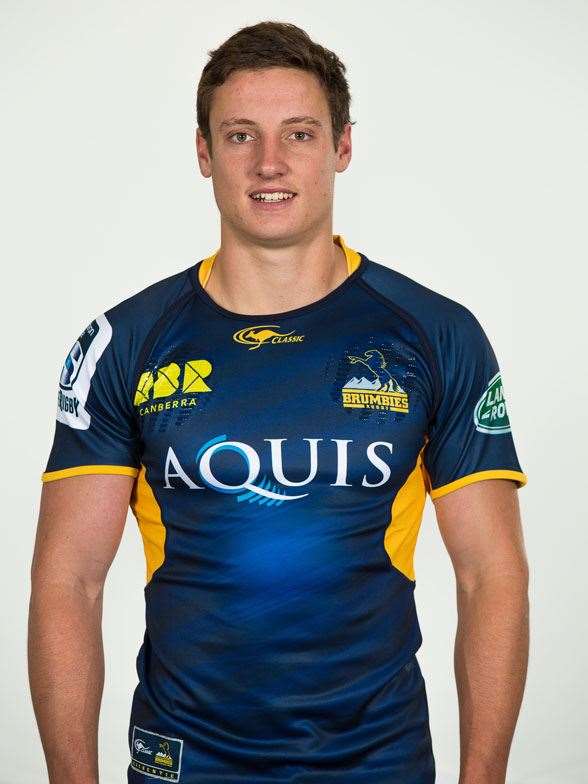 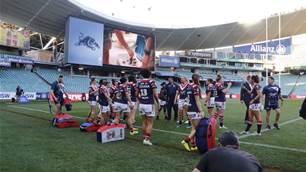