Final to be played during Singapore Sevens. 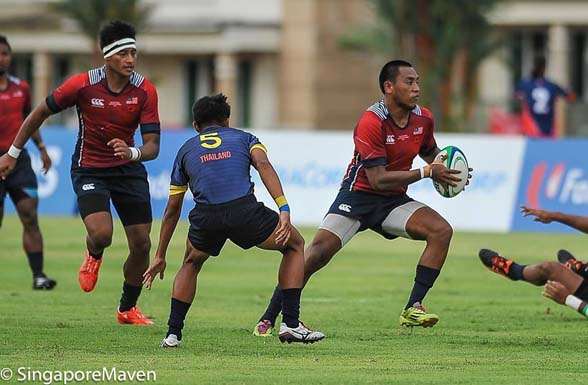 Action from last year's SEA Games between Malaysia and Thailand.

Despite beating reigning South East Asia champions the Philippines twice in their last three outings, Malaysia Rugby Union (MRU) general manager Mohd Mazuri Sallehuddin does not feel that his team will start as favourites for next month’s inaugural South East Asia Sevens to be held in Singapore.

Jointly sanctioned by World Rugby and Asian Rugby, the inaugural South East Asia Sevens (SEA 7s) is one of the key ancillary activities of the HSBC World Rugby Singapore Sevens taking place on April 16 and 17. The SEA 7s kicks off at Yio Chu Kang Stadium on April 15, with the final to be played the next day at the iconic Singapore National Stadium on Day One of the HSBC Singapore Sevens.

“Credit to Singapore Rugby Union for organising the inaugural SEA 7s,” commented Mazuri. “This tournament will help raise the standard of rugby in this region. This is a great chance for our regional neighbours like Indonesia, Laos and Brunei to gain invaluable experience playing international rugby. This tournament also helps us prepare for the 2017 SEA Games in Malaysia. Our goal for next year’s SEA Games is gold, so this tournament will help us assess where we stand at the moment.” 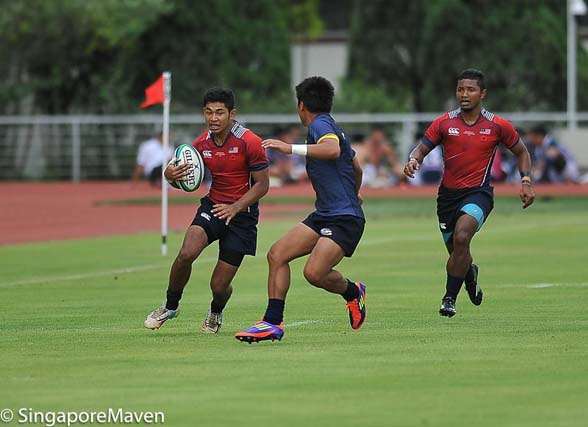 In last August’s SEA Games in Singapore, Philippines grabbed gold by beating Malaysia 24-7. Since that SEA Games loss, the Malaysian sevens had improved their head-to-head record against Philippines. In September’s China 7s in Qingdao, Malaysia lost narrowly 17-19 to Philippines. This was followed by two consecutive wins against their regional rival, a 21-19 win in Colombo at the Sri Lanka 7s and an impressive 15-10 win in Hong Kong during last November’s Olympics qualifiers.

“We’ve learnt from our mistakes in last year’s SEA Games final and we had also worked hard on overcoming our weaknesses,” said Mazuri. “We know that our players need to improve their upper-body strength and we had worked with the National Sports Council to bring in a high-performance coach from Australia. For the inaugural SEA 7s, Singapore should be considered the favourite as they got home-ground advantage.”

The Malaysian Super League is currently underway and the national sevens squad will convene in Johor’s SSTMI for a two-week centralised training stint before heading to Singapore. At the Thailand 7s in Bangkok last September, Malaysia suffered a narrow 19-21 loss to Singapore, but turned the tables by beating Singapore 31-10 in the Plate semi-finals of the Asian Olympic rugby qualifiers in Hong Kong two months later.

“The current team will be a good mix of experience and youth,” added Mazuri. “Singapore might have home-ground advantage, but we expect busloads of Malaysian supporters to travel down to Singapore to cheer on our boys. It’s great that the final of the SEA 7s will be played at the Singapore National Stadium as part of the HSBC World Rugby Sevens and I’m sure a Singapore-Malaysia final will be something that both fans and organisers are hoping for.”

Tickets to the HSBC World Rugby Singapore Sevens can be purchased at www.singapore7s.sg