Rugby Australia has named the three men to answer what went so badly wrong for the shell-shocked Wallabies at the 2019 Japan Rugby World Cup.

Australia crashed out at the quarter final stage stage on the receiving end of a 40-16 thrashing by England which ultimately cost coach Michael Chieka his job.

Rugby Australia Director of Rugby Scott Johnson will also work alongside the panel to deliver the review over the next month.

Howard, a former Wallabies flyhalf/centre, has led national High Performance programs in Rugby and Cricket over the past decade and recently guided a strategic review at his former club, Leicester Tigers in England.

A third generation Wallaby, Howard earned titles in Leicester as a player and coach before returning home and leading the ARU’s High Performance Unit. In late 2011, he was lured by Cricket Australia and served for seven years as General Manager, Team Performance. Howard is currently CEO of ASX listed MSL.

Hanson, a three-time Olympic medallist and specialist High Performance consultant, has over 20 years of domestic and international experience in leading post-campaign reviews and has worked previously with the Queensland Reds and Australian Sevens teams.

Sharpe, a former Wallabies Captain and dual John Eales-medallist, will offer valuable input as one of Australia’s most experienced modern-day players. The highly-regarded Wallabies lock is one of only 11 Australian Test centurions and has remained closely connected to the game since his retirement from international Rugby in 2012.

The season review will encompass all elements of the Wallabies program and the Rugby World Cup 2019 campaign including coaching, planning, athletic performance, campaign preparation, team cohesion and selection process.

Outcomes of the review will be used in preparation for the 2020 international season and future Rugby World Cup and Olympic Games campaigns.

The review of the 2019 season comes on the back of significant changes to Rugby Australia’s High Performance structure implemented in late 2018, which included the appointed of Scott Johnson into the new role of Director of Rugby.

The 2018 restructure also resulted in the appointment of a Wallabies selection panel, the implementation of an integrated High Performance plan across the national and Super Rugby programs, an overhaul of player pathways, and a renewed focus on the recruitment and retention of Australia’s best young Rugby talent.

Rugby Australia Chief Executive, Raelene Castle said: “Twelve months ago Rugby Australia completed a restructure of its High Performance environment and whilst we’ve made significant progress in a number of areas, the new structure is only in its early stages and still needs time to bed-in completely and show long-term results.

“The review of the recently-completed Wallabies season will be led by a three-member panel who combined will offer significant expertise and experience from both within and outside the sport, and from both an on and off-field perspective.

“Pat Howard has experienced Rugby at the highest levels as a player, coach, and High Performance leader both in Australia and overseas, and will also bring extensive learnings from his time at Cricket Australia, having completed dozens of post-campaign reviews.

“Bo Hanson is one of the country’s leading High Performance experts and has led similar review processes across several sports, including Rugby, over the past two decades.

“Nathan Sharpe is one of the most accomplished players in the history of our game and was universally-respected as a player and an on-field leader. He brings recent experience in the Wallabies program having retired from international Rugby in the past seven years and has maintained a close involvement with the game through his role with Network Ten.

“Having these three individuals leading the process will provide a well-rounded perspective on the Wallabies program and enable us to take forward any key learnings for delivery into the major tournament preparations of all of our national teams over the next four-year cycle.”

All 2019 Wallabies squad members and team staff will be interviewed as part of the review, and key outcomes of the review will be communicated at its completion.

The season review will be run separately to the process of appointing a new Wallabies Head Coach.

Ex-Socceroo: ‘It's naive to think that we can go to Asia and dominate'

Preview: Matildas vs Republic of Ireland 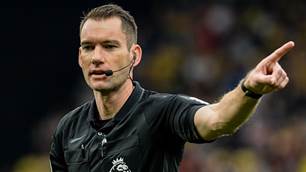 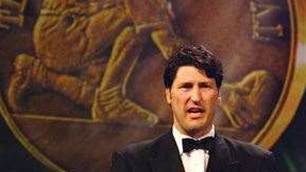