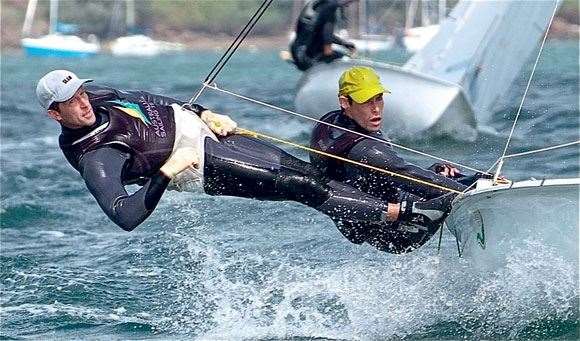 BELCHER: “Succeeding at an elite 470 level would be impossible without a coach. Having ten boats on the course, there are so many different elements – wave patterns, rig set-ups, wind directions, whether the wind is shifting a lot, the temperature of the breeze, the currents – which a coach can deliver advice on in between races.”

PAGE: “No electronic communication with coaches is allowed during races. Having the guidance of someone like our Ukrainian coach Victor, making sure our time with him is as effective as possible is the key. He’s certainly our training program manager. He’s our third set of eyes, too. Because he’s outside the boat, he gets to see a lot more than we do. He has some weird and wonderful ‘Victorisms’, as we’ll call them. Coming from Eastern Europe, the culture differences

13 years ago were grand, but we’re much closer now. I reckon he’s been very Aussie-fied.”

BELCHER: “There’s a ‘captain’ depending on the situation in a race, or what position we’re in. We have set roles, like in pre-start, etc. We’re probably at that situation where we have that unspoken way of communicating. The more time you spend with someone, the more you know what’s going to happen next. You pick up on feelings, techniques.”

PAGE: “We spent so many years sailing in this class before we teamed up, we just basically slapped stuff together

and for our first nine-odd months as a team, while we were performing very well, we were in the top six in the world, but we weren’t cracking the top three. Working out our communication is one of our ongoing main focuses. Certainly one person is a boss at a particular moment ... ”

PAGE: “Ideally, most of our conversation during a race will centre around tactics. We like to talk the scenarios out before we get to that crunch time where we have to ‘flick the switch’. So, when we get out there, and the scenario has been dealt to us, we’ve already worked out what the answer will be: if it’s ‘one’ we do this, if it’s ‘two’ we do that. Sometimes it takes 30 seconds to have that conversation, sometimes a situation might only give us five seconds of lead-up time.”

BELCHER: “In a decision on whether to tack, there could be another 30 boats all mixed in together and the reason why you would tack might be because there’s more or less current on the other side of the course. Or you might think the breeze is going to shift and want to take the advantage. Alternatively, you can try to cross or duck. A lot of our communication mid-race is about positioning the boat where we think the wind will shoot next.” 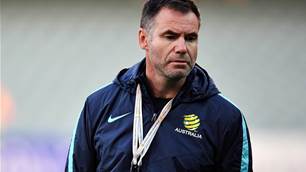 'We would have loved Ante to stay'