Who else has qualified for our Winners and Losers lists this month? 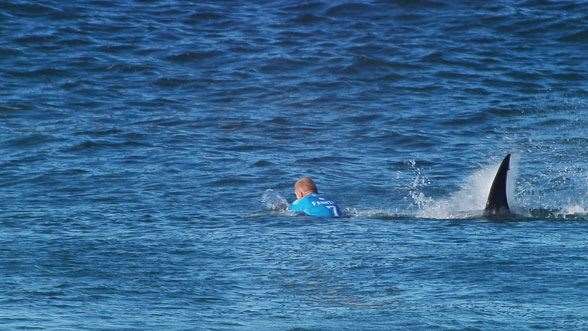 Earlier this year, we argued that too few athletes were named Australian of the Year. In another respect, maybe the award should go to the individual who does the most Australian thing of the past 12 months. And by that standard, no one in 2015 will beat Mick Fanning: a guy named Mick, while surfing and competing, punched a shark and survived. Can’t top that. Joking aside, Fanning, who has enjoyed a decorated life as a triple world champion, understood entirely that coming away unscathed from his encounter at South Africa’s Jeffreys Bay was a victory of a whole other magnitude. We can only hope that Fanning’s psyche came away without damage, and he continues to author what will be one of the more interesting stories in sport through the rest of the World Surf League season.

WINNER: COMITY WITHIN THE AFL

There’s not a lot of positives to be found in the shocking death of Adelaide Crows coach Phil Walsh. But if there is a silver lining, it’s been the outpouring of comity within the AFL. As the league has grown more hard-edged, with livelihoods and reputations constantly on the line, the sense of solidarity among the various parts of a football community can feel like it has frayed. It takes a jolt like Walsh’s murder to remind everyone that the resentments that build among sporting competitors are often, in the grand scheme of things, downright petty. Walsh, who bridged the great divide of South Australian football as well as coached in Geelong and West Coast, and played in Brisbane, was constituted as the kind of figure to bring the AFL together. The respect shown by the various clubs and the league in the wake of his death has been genuinely touching; when the Crows and Port played to a typically hard-fought result in the most recent Showdown in mid-July, with the best player afield awarded the newly renamed Phil Walsh Medal, we saw football the best it can be. Now, on the other hand ...

Golf’s majors this year have been proof of the superiority of the old links over new links. While modern-built, retro homages such as Chambers Bay, the site of the US Open, and PGA host Whistling Straits, raised eyebrows at various moments, the Old Course at St Andrews did what it has done for centuries: provide utterly compelling golf. But there were warning signs evident at the Open Championship. A day’s play was lost because balls would not settle on the 11th green, set up to roll too quickly. Then there’s the real sore point – with the modern golf ball flying as far as it does, there are large portions of the course that present a less-interesting test of golf. Everyone in the game would profess their love of the place, but what would golfers – professional and otherwise – be willing to do to ensure that the Old Course and other classic layouts remain entirely relevant to how modern golf is played?

WINNER: ALL BLACKS PLAYING IN SAMOA

If it seems like everywhere you turn these days that football teams with “iconic” brands are on the money grab in non-familiar locales, then you have to pay extra credit to the All Blacks playing in Samoa. New Zealand’s first XV isn’t above making money, as its excursion to Chicago last year showed. But being one of the world’s great sporting teams means playing small stages as well as big ones, and the scenes from Apia won’t soon be forgotten. It should also serve as a rejoinder to other big rugby-playing nations – David Pocock has called for the Wallabies, who happen to play their own Chicago game this month, to make their own venture to the Pacific islands. 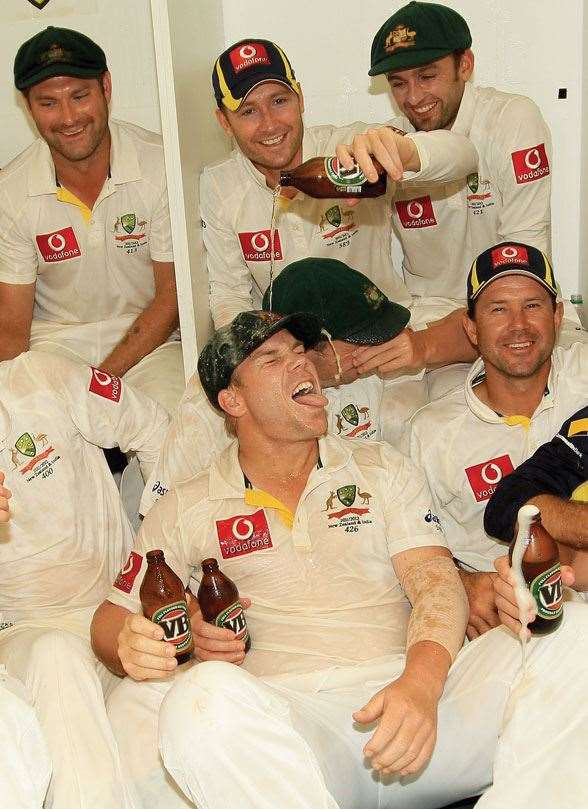 What is more un-Australian: not competing hard, or refusing to have a drink after said competition? English quick Jimmy Anderson really touched a nerve when he said his team had offered to share a post-Test libation with the Aussies, which set off counter-claims that the offer had never been made. In any event, the idea of in-series drinking was shot down, something that just isn’t done by serious professional cricketers anymore, and would only occur after the very last call of “stumps” is made (perhaps that’s why Shane Warne was so insistent about asking if the players were “thirsty” after the World Cup final). No matter where you fall on this issue, you’ve got to give credit to Anderson for lobbing a fine psychological grenade at his opponents, who look kind-of bad either way.

When comes to the cases of Adam Goodes and Lewis Jetta, when AFL fans boo and jeer, do they know what they’re doing it for? Defenders of the derision would claim that emotion is what makes footy crowds great, and people go to the game to show it. Fair enough, but buying a ticket doesn’t grant a licence to act like a jackass, or worse. On one level, the constant booing of Goodes is a basic act of mob mentality – attached to it several levels down is a strain of racism directed at a man who would express pride in who he is. Accusing Goodes and company of inciting racial animus with a dance is about as ridiculous as saying the All Blacks are making jingoistic threats before every game. It’s a sad comment on race relations as a whole that Aboriginal sportsmen will engender such a vicious reaction for being too proud, or transgress the neat boundaries of behaviour that the public draws around sportspeople. One can only imagine how Australia would react if it produced a Muhammad Ali of its own.

LOSER: OBSESSION WITH STYLE OVER SUBSTANCE IN TENNIS

When the younger Andre Agassi proclaimed that image was everything, he said more than he knew. His sport has long had a fixation on aesthetics, but the obsession with style over substance in tennis can truly reach manic levels. Nick Kyrgios is the latest to learn this first-hand – the amount of chatter he’s generated is way out of proportion for what is fundamentally a demonstrative 20-year-old who could count himself among the 30 or 40 best tennis players in the world. But mix in Australia’s yearning for a top-level presence in the game, as well as the curious need to align the nation’s self-image with the “proper” conduct of its sportsmen (a sledging cricketer or two aside), and Kyrgios becomes a red-hot talking point across the land. And all this carrying-on continues while we see another former angry, young man, Lleyton Hewitt, grow into an honest-to-goodness respected elder of the game. Case in point: let’s reserve the judgments based on how they look, and give them time.

Now we know what Sepp Blatter has in mind post-FIFA: a future in radio! As the man himself said, “There are so many radio stations in the world I am sure that someone will be happy to listen to me.” Hopefully no one explains podcasting to Sepp ... Anyhow, Blatter did set a date for the end of his presidency, with a new FIFA election to take place on February 26 next year. All of this was rather overshadowed by British prankster Simon Brodkin showering Blatter in fake cash at a press conference, but surreal is the way with Blatter these days. Between Vladimir Putin saying he deserves the Nobel Prize and not turning up to the Women’s World Cup final in Canada, what a lame-duck Blatter chooses to do is anybody’s guess. We suspect a great follow-up to that terrible FIFA movie is in the works ...