The former Australian Youth touch football rep is routinely referred to as the most exciting young prospect to emerge in rugby league for generations. Here’s a quick look at why that is.

BEYOND HIS YEARS
In the absence of Mitchell Pearce through injury, his maturity and skills have been relied upon in more desperate fashion in 2018 than Newcastle would have originally hoped. A first-year signing from the Cowboys, Ponga already boasts the game-smarts and general awareness of what’s happening around him of players far more experienced. After growing up watching players like Benji Marshall and Greg Inglis, he was mentored at the Cowboys by none other than the great Johnathan Thurston, who taught him how to look up and really take in what was in front of him before acting next. Thurston also told him all about maintaining a game’s tempo.

CAN TACKLE
Ponga doesn’t want to be known just as an attacking force in rugby league. Despite his youth, he’s already aware that the fullback legends who have come before him, in particular Billy Slater, have also proven lethal in defence. Ahead of the 2018 season, this was a key area of Ponga’s game which he wanted to work on. Sure enough, time and again he’s proven his strength and commitment in defence in desperate situations, successfully clamping ball-carriers around the waist as they’re heading towards the tryline. 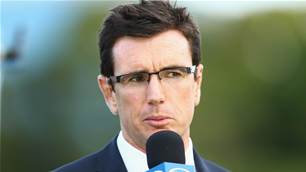 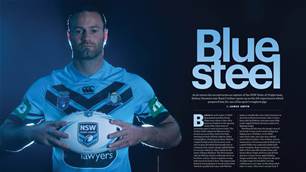 Inside Sport's State of Origin special edition on sale now