Are the All Blacks able to finally win the cup away from home?

Like most editions of the Cup the All Blacks are heavily favoured to be the first team to win consecutive titles. Even though they lost out the Rugby Championship to fierce rivals Australia in Sydney, they had to remind their neighbours and the world of why they are the number one ranked team after easily shoving the Wallabies aside in Auckland to lift the Bledisloe Cup.

They might be the favourites in England but something has always gone wrong for the All Blacks when they play in a World Cup away from home. Not only have they not won outside New Zealand, they've only made one final. Having two world crowns under your belt may seem impressive for most but their disappointing record in cups held around the world is a cause of concern for All Black fans, some even believe that they are "cursed" after their 2007 campaign.

There maybe questions surrounding their scrum and there are key players on the wrong side of 30, but after demolishing the Wallabies and winning away in South Africa those who doubted New Zealand have retracted their comments. This could be the year the All Blacks finally lift the Webb Ellis trophy away from home and give a perfect sendoff for legends Richie McCaw, Dan Carter, Tony Woodcock, Ma’a Nonu and Conrad Smith.

The Pumas gained arguably their biggest triumph as a rugby team ever after beating the Springboks away in South Africa in this year's Rugby Championship. They are favoured to join New Zealand in the next phase of the Cup but they'll need to dig deep if they aim to progress further than a quarter-final berth.

Tonga like their neighbours Samoa can do some physical damage to their opponents. A team that is always buoyed by brave performances by their hard-workers aren't backed to progress into the next round. They will be targeting Argentina for second spot and that match up could potentially be one of the most important in their rugby history.

They almost pulled off one of the great World Cup results against Scotland in New Zealand four years ago. Minnows Georgia will hoping to represent themselves and their fans proudly.

Always the minnows of the Rugby World Cup. They're on the wrong end of some cup records but they always manage to put on a brave face throughout the duration of their tenure at the cup. 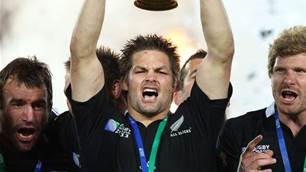