Shane van Gisbergen emerged literally from fire and rain to claim victory at the end of a chaotic Supercars race on the streets of Townsville.

The unseasonal wet conditions turned the race into something of a pit strategy lottery for teams, but van Gisbergen’s Red Bull Holden Racing Team timed their stop to perfection.

While other front runners such as championship leader Scott McLaughlin, pole sitter from Saturday’s race David Reynolds, and van Gisbergen’s own Holden team-mate Jamie Whincup all fell foul of the conditions, van Gisbergen emerged from the stops in a solid second place. That became the lead when Cameron Waters’ fuel strategy gamble didn't pay dividends, the Mustang driver forced to make a late stop that dropped him to third behind Fabian Coutlhard’s DJR Team Penske Mustang.

“It has been a tough year for us but we are getting better,” van Gisbergen said.

“That one wasn’t me, that was the boys there. I was really struggling to keep my head when we didn’t have the grip. They kept it under control and kept me focussed, that’s a real team victory.”

Saturday race winner McLaughlin recovered after an early clash to finish 11th, his worst race finish for the year.

The Saturday win was the DJR Team Penske Mustang driver’s 13th victory from 18 races so far. He currently holds a commanding points lead in the championship, with team-mate Coulthard his closest rival.

In what has been an amazingly successful debut season for the Ford Mustang model in Supercars, only two of the 18 races thus far have not been won by Ford drivers. 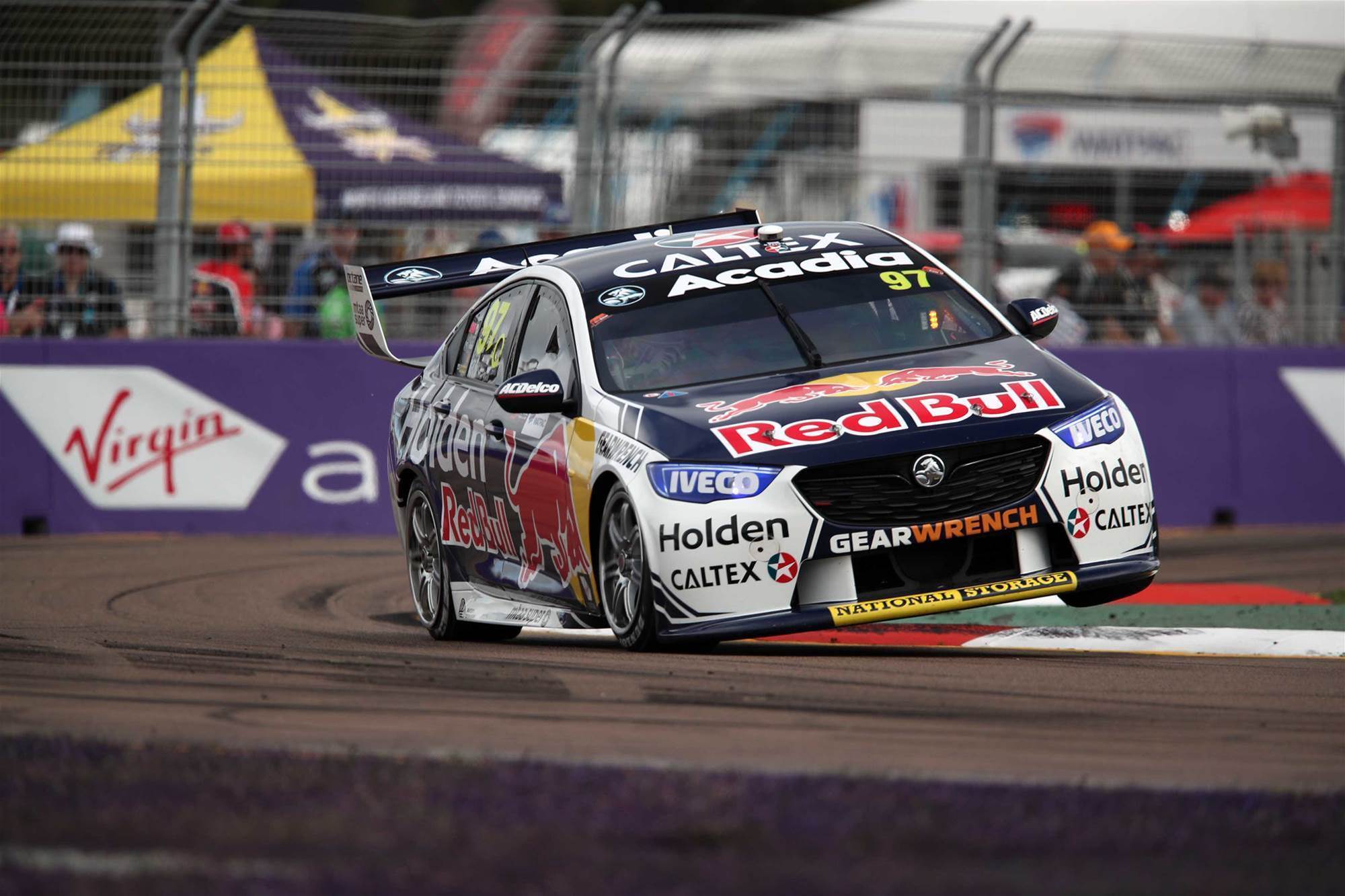