NSW Premier Gladys Berejiklian has cancelled plans to refurbish Sydney's ANZ Stadium due to the costs of COVID-19, resulting in the NRL altering their suburban ground ambitions.

"This guaranteed pipeline of $100 billion will be our best chance of supporting the hundreds of thousands of people who have already lost their jobs in NSW," she said.

"We will [also] be looking for opportunities to fast-track projects to provide jobs as early as we can."

Originally ANZ Stadium was going to be demolished and completely rebuilt, though those plans were scrapped in favour of a refurbishment model.

The 85,000 capacity oval stadium built for the 2000 Sydney Olympics was agreed to be altered into a 70,000 seat rectangular venue with upgraded facilities.

The NRL had already planned their short spell away from its showpiece venue, moving this season's and the next couple Grand Finals as well as State of Origins to Moore Park's Sydney Cricket Ground.

According to the Sydney Morning Herald, the NRL will be meeting with the State Government during the week and will demand that the funds be redirected to four of Sydney's suburban grounds which will cost $150-200 million each.

The NRL is allegedly prepared to backtrack on their deal to keep the Grand Final in rugby league's traditional heartland until 2042 and move it elsewhere, likely Brisbane's Suncorp Stadium.

Though that agreement was in relation to the upgrade of Parramatta's Bankwest Stadium and the current project undergoing at Moore Park's Allianz Stadium.

Ideally, the NRL would prefer new boutique stadiums of capacities between 15,000-20,000.

Manly, Campbelltown, Penrith and Sydney's south have been listed as the code's primary targets as they aim to reignite the tribalism culture within the game and the state.

A stadium in southern Sydney would cater for St George Illawarra Dragons and Cronulla Sharks, whilst the Canterbury-Bankstown Bulldogs would have the option of playing there or in Parramatta's Bankwest.

The new Allianz Stadium, expected to be completed in 2022, is already the home to the Sydney Roosters but could open the door for a return to rivals South Sydney Rabbitohs.

New stadiums in Manly and Penrith would cater to the Sea Eagles and Panthers respectively.

The Eels, the only Sydney team currently benefiting from a new stadium would be eventually joined by the other eight Sydney sides with modern stadia and facilities.

According to their plan, ANZ Stadium will still be used for major occasions such as grand finals, major finals matches and State of Origins. 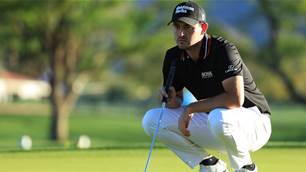 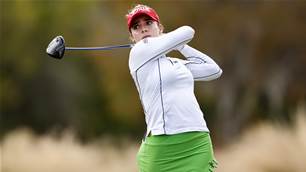