This is the brand new $62 million Sydney Football Stadium as it neared completion at Moore Park back in the late 1980s.

Veteran freelance photographer Tony Nolan kindly passed some images he took back in the day onto us, knowing our readers would be very interested in them, this week of all weeks.

Construction of the 40,000-seat truss-structured Sydney Football Stadium began in 1986 and was completed in 1988. The architects were Cox Richardson Architects and Partners.

Across three decades the Sydney Football Stadium played host to everything from rugby league, rugby union, soccer, American college football and mega-production concerts and musicals. To prove its versatility, it even once staged the Edinburgh Military Tattoo …

Seemingly the entire rugby league world has spent the past week mourning the SFS’s closure and upcoming demolition, but it’s interesting to look back on the initial reaction of the public towards the city’s brand new, modern super-structure.

As very respected historians Ian Heads and David Middleton recalled in their brilliant 2008 book A Centenary of Rugby League, the stadium had opened in 1988, with the first game of the season for the year played there … to an underwhelming response from fans.

“The structure looked impressive enough, with sweeping roller coaster rooflines and a rectangular playing field, but there were significant shortcomings,” Heads and Middleton wrote in Centenary.

“On opening night for a round one St George vs Easts encounter on March 4, many spectators were unable to escape a downpour driven by a strong southerly wind. Bedraggled fans took issue with the stadium management’s boast that 70 percent of all seats were undercover.

“And a fiasco with ticketing prices, set by the New South Wales Rugby League, ensured a disappointing turnout to the two State of Origin games played in Sydney. There were 26,441 at the first – a significant drop on previous games played next door at the SCG, and only 16,910 for the third game, albeit a dead rubber after the Maroons had wrapped up the series in Brisbane.” 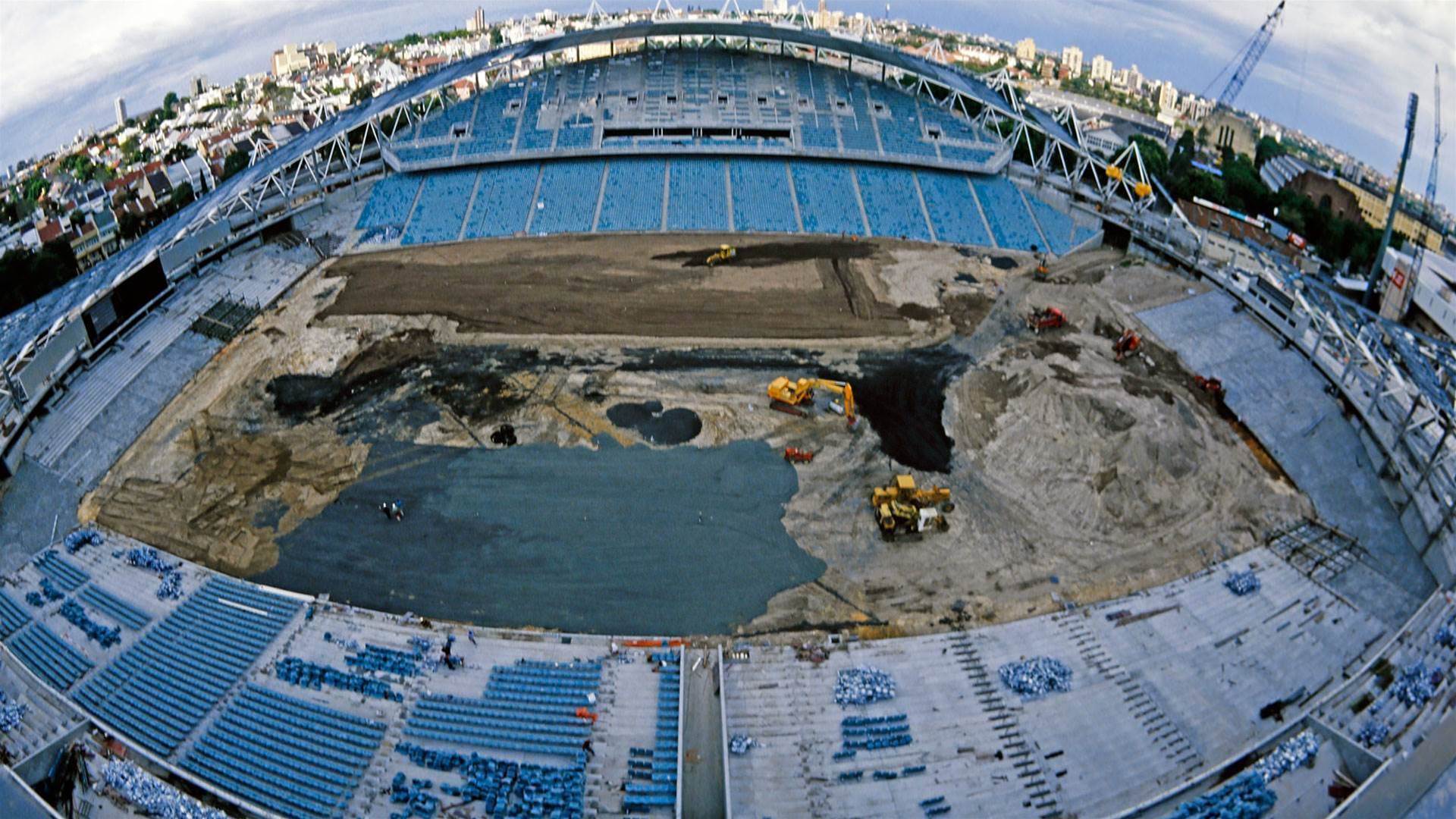 PHOTO BY AND COPYRIGHT OF TONY NOLAN.

But let’s cut the old girl some slack … Just two seasons into her eventual 30-year existence, the stadium played host to what is widely considered to be the most exciting, action-packed and thrilling top-level rugby league grand final ever played: Canberra’s epic 1989 extra-time win over Balmain in the title-decider of that year.

In fact, “The Footy Stadium” played host to a decade of rugby league grand finals, the first in 1988 when the Canterbury-Bankstown Bulldogs bested the Balmain Tigers, and the last in '98, when the Brisbane Broncos defeated the Bulldogs in the first-ever NRL Grand Final.