Gorden Tallis was a rising 20-year-old star when he was forced to sit out the 1996 rugby league season due to a contract dispute with the St George Dragons during the Super League war.

In between navigating the conflicting advice of Super League and the Australian Rugby League, Tallis decided to sign with the Brisbane Broncos – but the courts ruled against him playing. As he reflects back on that time, if there’s one thing The Raging Bull would change, it would be …

“Probably to get both sides of the story," says the Fox League personality during the station's "Retro Round" celebrations. "I didn’t think there was a player that wishes the game was split at that time. Our game trades on drama. And there was no bigger year of drama in rugby league than the Super League era. That year, the amount of stories we went through … the ARL side was telling you something, the Super League side was, too.

“In the end, we had to believe the people who we were managed by and those closest to us … but knowing they had their own agendas, and they were all getting paid by somebody to tell you one side of the story. 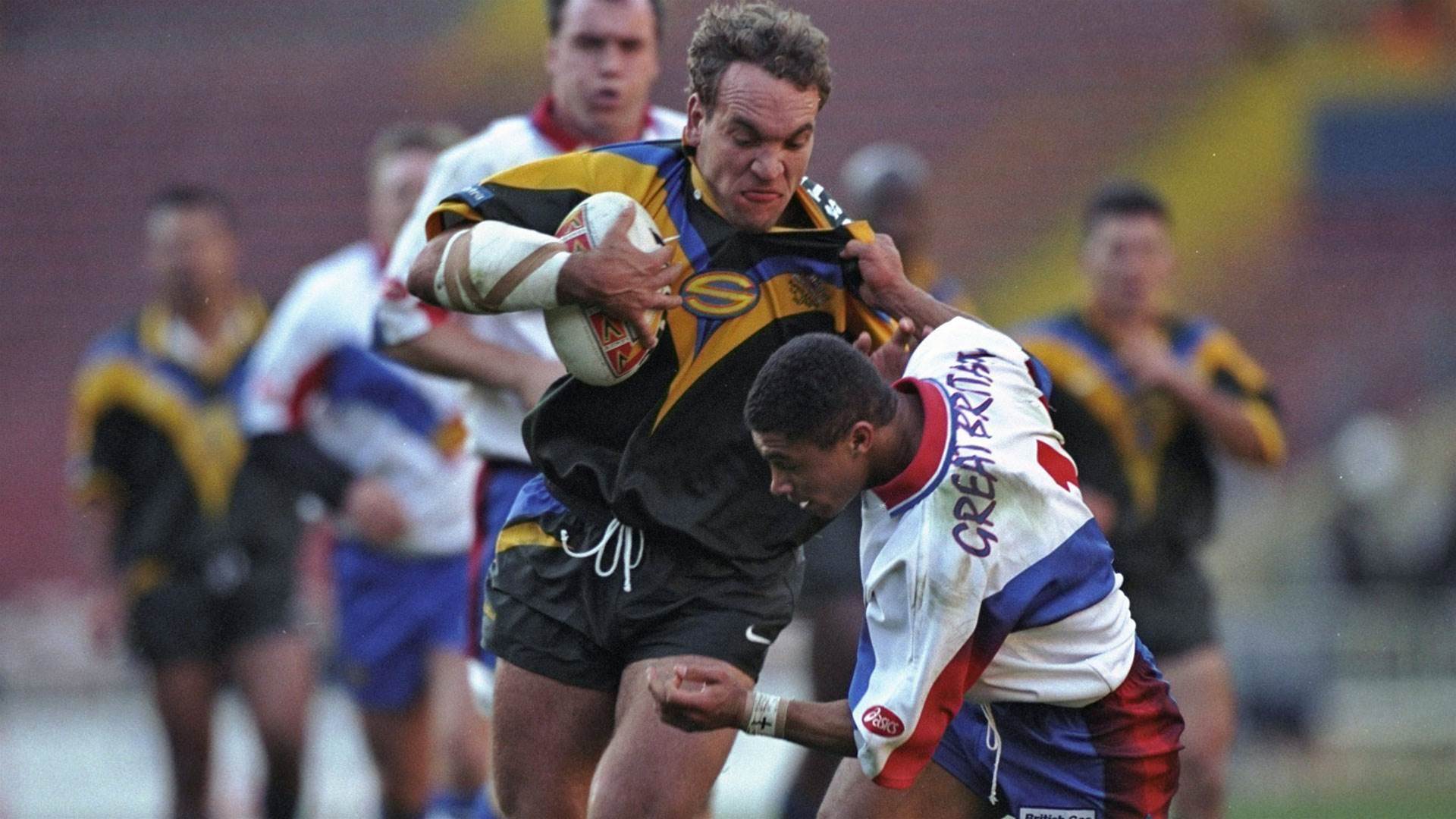 Tallis in action for Australia in a Super League Test against Great Britain in 1997. (Photo by Getty Images)

“I trained every day with the Broncos, which was pretty frustrating because I did a full pre-season with them. I travelled with them – on the road, did everything the players did, except putting on the jersey, shorts and socks on and run out on the Sunday afternoon.

“In hindsight, you think, ‘Gee whiz, you’re a young man giving it up, you’d never know if you were going to play in another grand final.’ Everyone thinks I got paid that season. That’s another myth. But no one’s going to pay you for not working. I didn’t get paid that year; a 20-year-old giving up half a million dollars. But all those things I didn’t think of. My decision wasn’t about money. It was about the vision that Super League had to grow the game and have better conditions for the players.

“I remember at the time I was getting phone calls from people that are still dear friends of mine: Nathan Brown, Mark Coyne, Anthony Mundine, all the Dragons players, asking me, ‘Hey mate, what are you doing?’ And asking me to come back and play. I had a few meetings with the Dragons. I don’t know whether that was documented. And I remember talking to my father. And he said, what did you say? I said that I’d sign for Brisbane and that’s where I’ll play. If I can’t play there, I’ll have to sit out the season.

“And he says, ‘Well, are you a man of your word?’ And that was it. To this day, it was great advice. I learned a lot about myself that year.

“The Broncos lost to Cronulla that season and the Dragons went on to play in the grand final. That was pretty hard, knowing some of your best friends are playing, and you’re not part of it; that you can’t help – you want to help your team-mates. That part was a little bit sad, and you can’t take it back because you sat out and could have played in a grand final, which some players never get to play in. But on the other hand, it taught me a hell of a lot because when you retire, it’s not about your footy career, it’s about the person you are.

“If I had the same decision again, I’d do it. You could only go on the information you were given. And on that, I made an educated decision.”

(As told to Andrew Marmont)

DON'T MISS A SECOND OF THE ACTION FROM FOX LEAGUE'S
NRL RETRO ROUND, ALL THIS WEEK ON FOXTEL.