Johnathan Thurston says he will not risk further injury by taking to the field in Game One if his shoulder is not 100 per cent.

The Queensland playmaker is in doubt for the Origin Opener but will be given every opportunity to prove his fitness.

He has played the last 36 successive interstate matches and has a knack of coming good when needed most.

But the Australian five-eighth said if there is any doubt his shoulder would not be up to the toughest rugby league fixture of them all, he will not play.

"The risk is that I tear it completely and that's season," he said.

"They said it was a 4-6 week injury so Wednesday night will be around four weeks but I've still got a lot of work to get through. If I can get through that and I'm 100 per cent confident that I'll get through the game then I'll play.

Thurston said having full use of his shoulder was imperative to Queensland’s success.

"Obviously tackling's a big part of the game so I need to be able to do that. I can't hide behind the line in the second line of defence," Thurston said.

"Sunday we'll lock in for some contact maybe if it's feeling good.

"I've got to get rid of the pain that's there still and the surgeon that did my recos (shoulder reconstructions) said that that should be starting to go now.

"My shoulder's getting better every day and if it's 100 per cent come game day then I'll play but if it's 80 per cent then I can't risk it and I can't do that to the team." 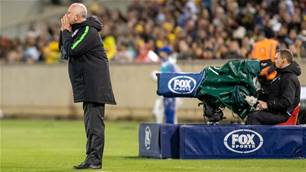