Feathers flew and jet engines burnt out as Newtown and Manly exchanged pleasantries just minutes into their 1981 semi-final.

The Newtown Jets vs Manly-Warringah Sea Eagles minor semi-final at the Sydney Cricket Ground is two minutes old when the game’s first scrum erupts into what will forever be referred to as the ugliest all-in brawl in Australian top-grade rugby league.

“We didn’t speak about putting the blue on, but the blue happened because of me and Manly and what we were about,” Jets’ then halfback Tommy Raudonikis would remember later in an interview for a video clip celebrating the sport’s centenary in 2008.

“Mark Broadhurst clashed with Steve Bowden after the scrum, who gave Broadhurst the two best head-butts you’ve ever seen,” the feisty stalwart remembered.

Legendary TV commentator Rex Mossop’s call of the all-in brawl sounds like he’s describing a boxing bout rather than a ball sport: “There are three separate groups fighting. Broadhurst handling Bowden, Bowden a left. They’re going about it hammer and tong – like two heavyweight fighters, these two. And on the quarter line, another melee, five or six involved ... What’s going to be the upshot of all this? Is it going to be a scrum, a penalty? It’s a penalty to Newtown ... Well, I don’t know how he gets a penalty out of that lot. And I’ll never know.”

Manly prop Broadhurst ends up with, according to Mossop, “two black eyes, by the look of it”, while Newtown front-rower Bowden and Manly’s Terry Randall are marched off by referee John Gocher for head-butting and kneeing respectively.

Just as cultural, political and sporting figures grow in legend year by year (Ned Kelly, Don Bradman etc.) so too the Newtown/Manly “all-in” will be ever-uglier as the decades tick over. Today, many of us watch this and similar incidents from Australian footy’s (pick your code) 1960s, ’70s and ’80s with a heightened awareness of what physical damage and psychological trauma a punch to the head can cause. 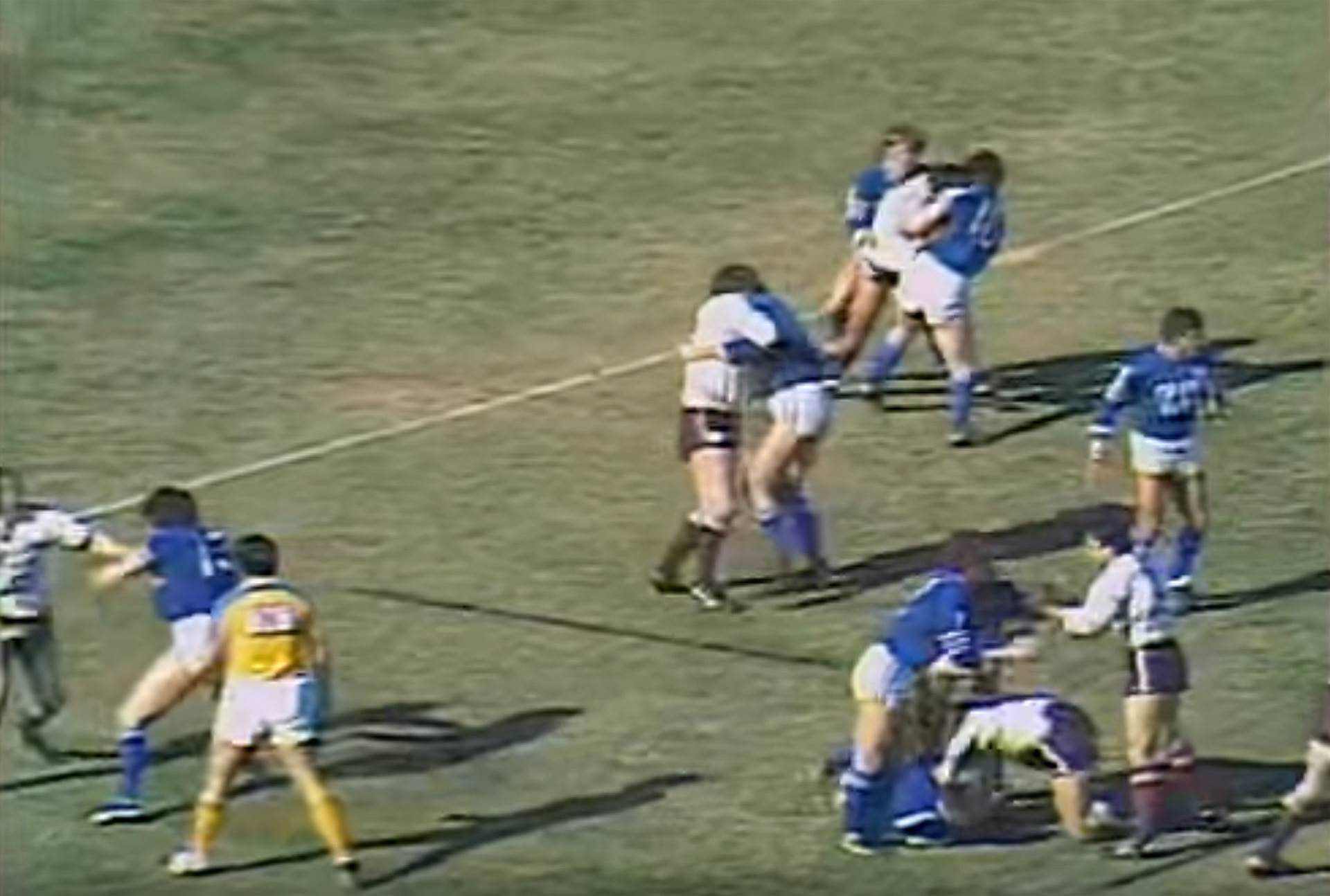 Everybody find a partner! (Image via YouTube)
Next Page
1 2 Single page