Rugby league just wouldn’t be the same without these summer interruptions and controversies ...

TRADITION 1: AWAITING NEXT SEASON’S DRAW
Each and every November, fans and clubs begin to harass the NRL about the following season’s draw. (We’re not sure why it’s even a race, but it’s a pretty important one to win against the AFL, apparently.) So the NRL rushes out its schedule. Then everyone loses their mind; people are usually angry that their club hasn’t been assigned a Thursday night game every fourth week or some such … It’s hard to please everyone. Anyway, we all know what to expect: Brisbane every Friday night, Manly and the Dragons screwed over by more five-day turnarounds than anyone else, etc. Some teams do apparently get “easy” draws, although we’re not quite sure what that means – is there a script already written for next season that we don’t know about or something?

TRADITION 2: AUCKLAND NINES JERSEYS REVEALED
Some of these look like cool versions of the clubs’ traditional footy jerseys, while others look more like Hypercolor T-shirts. Dominating designs this February will be giant club logos splashed across the front, random shapes and colours you normally wouldn’t associate with certain clubs (blue-grey for the Broncos, etc). Some even have pictures incorporated into their design, like the Roosters’ Bondi Pavilion scene, while the Bulldogs will wear Belmore Sports Ground.

TRADITON 3: ANNUAL CANCELLATION OF HAWAII TRIAL MATCH
Half-way through 2015, there were reports the NRL had blocked a proposed Broncos 2016 trial match in Hawaii against the Penrith Panthers. And once again for this coming pre-season, a jaunt to the US paradise state - this time to feature a battle between the two joint venture clubs - was knocked on the head. This IS deadest  turning into a tradition! So much so that, to see this game actually go ahead one day would just seem wrong.

TRADITION 4: CLAIMS THAT LAST YEAR’S PREMIERS WILL GO BACK TO BACK
Sorry, nup. This feat has proven beyond the reach of every single premiership-winning team since that rampaging Brisbane Broncos outfit of 1992-93 which twice beat the St George Dragons. That’s 23 seasons now without a repeat champion. Dynasty, did you say? We’ll need to look that term up and get back to you. 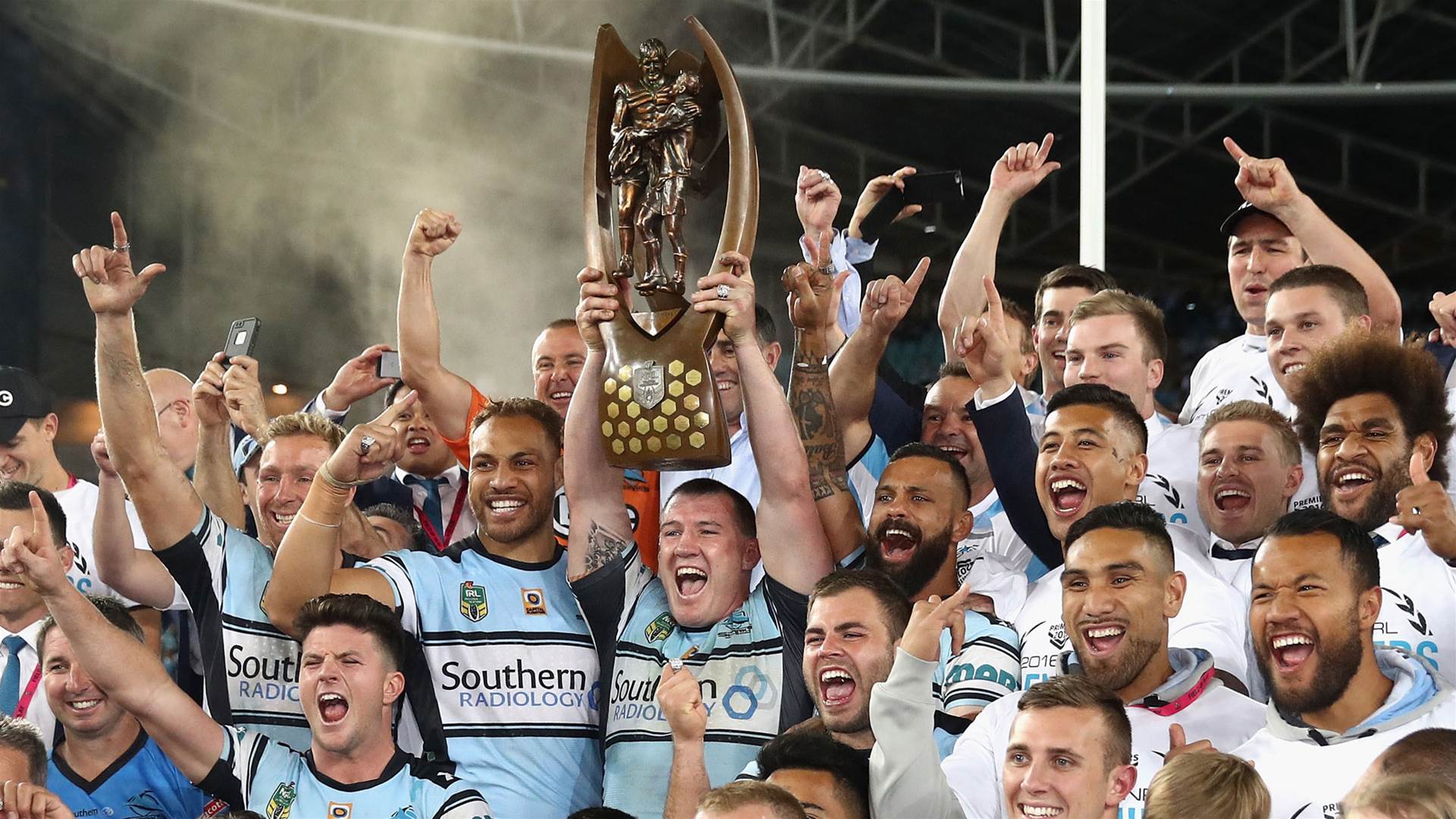 History is against the Sharks going back-to-back. (Photo by Getty Images)

TRADITION 5: SUMMER TRAINING-THE-HOUSE-DOWN REPORTS
Over the summer your club’s players have been working really hard in readiness for the new season. Your blokes are looking great and they’re gelling together perfectly as a unit, with the new guys fitting in well with the rest of the playing group. Everyone is moving in the one direction and morale is high. Trouble is, it’s exactly the same at every other NRL club. No one has ever been beaten in a training session …

TRADITION 6: ANNUAL GOLDEN BOOT AWARD BLOWBACK
This is another rugby league award owned and run by a media outlet, but is discussed and debated each year as if the sport’s governing body is responsible for it. Just to clarify, Rugby League Week chooses the Immortals, News Limited picks the Dally M winner and the Golden Boot Award belongs to Britain’s Rugby League World publication. Bottom line is they can pick who they want for these gongs, and no amount of whinging will reverse anything! Cooper Cronk’s Golden boot win this year was just about the first time a Golden Boot winner has been announced without any complaints from either the Aussie or British rugby league families. Geez, Cooper must be good …

TRADITION 7: AWAITING THE NEW NRL AD CAMPAIGN
Last year the game’s promoters realised all they needed to do was insert footage of Johnathan Thurston’s epic 2015 grand final-winning field goal and the job would be done. They probably saved a few million bucks in production costs there. Well, seeing as though these ads have never been the same since the days of Tina Turner’s Winfield Cup campaigns of the late ‘80s and early ‘90s. Why not get her back for the 2017 gig? She is still simply the best choice …