Our Penrith team was the most dominant side all season in 1991 – but that doesn’t always equate to a grand final win. We had a really hard major-semi against the North Sydney Bears, which went down to wire, and put us straight through to the grand final.

All of us realised that it’s hard to make one grand final, but you don’t want to be missing the opportunity when you get to two. That was the feeling going in. We were up against a great Canberra side.

Coach Phil Gould didn’t have to stress that much about what the game meant. It was also Royce Simmons’ last game. There was a bit of motivation there. It doesn’t matter what motivates you going into a game. Once you get past the opening couple of sets, it’s what drives you from then on.

Gus had a lot to say at half-time. We were down at the break 12-6 and had to pick ourselves up. Gus is one of the all-time great motivators. I think our approach was much more business-like in ‘91. Not that it’s in the frame of your mind – but I think we probably played like the job was done in 1990. We actually made the grand final, and we thought that was our Everest. But we certainly didn’t think that in ‘91. 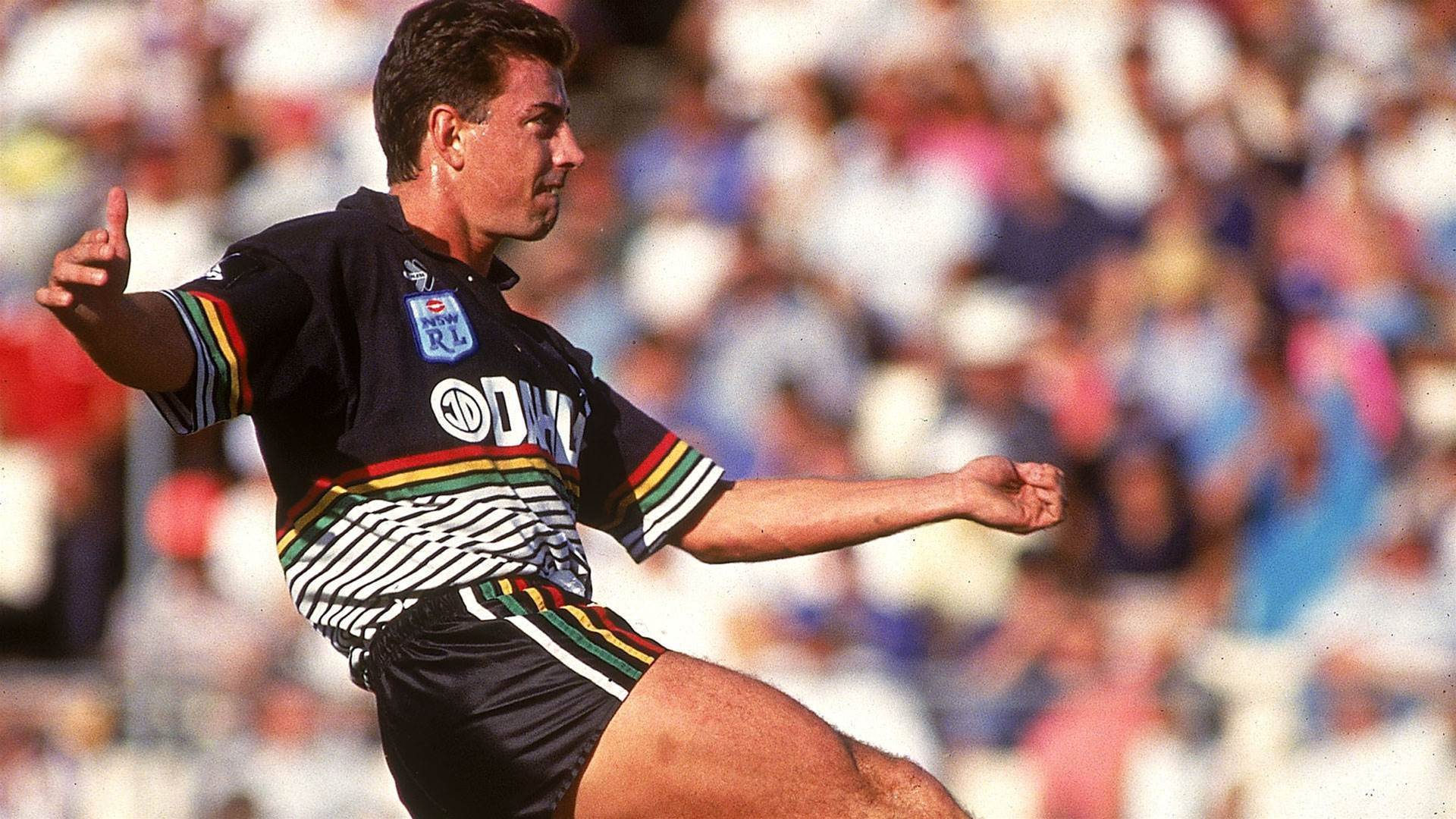 Greg Alexander during his glory days for Penrith. (Photo by Getty Images)

I think sometimes, too, we might have underestimated or undersold ourselves in the years prior to that. I think four of us going away on a Kangaroo tour helped us a lot in terms of our confidence as a side. I think that rubbed off onto the team. And that showed right through the regular season.

Being Penrith captain added responsibility to my game, I think. And Mark Geyer, John Cartwright and Brad Fittler – by the time everyone came back, they were pretty confident in their own abilities. And we had a pretty good team around us as well.

Field position-wise, we just kept Canberra down their end of the field. Big MG spent ten minutes in the bin and had a try disallowed, but we came out in a better frame of mind in the second half. Our defence was outstanding.

We still found it hard to crack the Raiders. They dragged us back from the in-goal a couple of times. We just couldn’t convert that field position into points … until MG and Freddie were involved in a pretty special try that got us back to 12-all.

I don’t know exactly what minute it was when I kicked the field goal, but I remember there not being long on the clock. But to be honest, I wasn’t even thinking field goal. It was the last play, and we were in front. I just thought I may as well have a shot. I didn’t hit it the best, either – somehow it just managed to float its way over the crossbar. God knows how, but it got there.

They went for a short kick to regain possession and try to break the swing of the game, which was all in our favour. MG charged onto it and pulled it in, and offloaded it to Royce. I think Royce had scored 12 tries in his whole career, and he scored two in the grand final. So it was meant to be.

In hindsight, it was a natural progression for the side that we had, and the players in it. But it had been a long, hard road for the supporters over the first 20-odd years since we came into the comp. It was a great reward for the district and the fans.

DON'T MISS A SECOND OF THE ACTION FROM FOX LEAGUE'S
NRL RETRO ROUND, ALL THIS WEEK ON FOXTEL.