We predict what will and what won't happen ahead of another round of enthralling AFL action.

Stat Fact: The last clash between these two teams was in round six of this season and it was a narrow 75-73 win to GWS. While the time before that it was a one-goal 89-83 victory to the Western Bulldogs.

Big Talking Point: Steve Johnson has announced he will retire at the end of this current campaign. He played 253 games for Geelong kicking an impressive 452 goals, while during his current stint at GWS he has kicked 56 goals from only 34 games. He has won three Premierships and is also a three time All-Australian. He also won the Norm Smith Medal in 2007. He is a great player and a class act who will be sorely missed from the game once he has retired.

What Will Happen: A very tight affair. If you don’t want to go off recent history that’s fine, go off this then. GWS currently sit in second spot and are fighting for first, while the Western Bulldogs are only one win ahead of a number of teams vying to make the finals. The scene is set for what should be a cracker of the game and one that has some very serious potential ramifications depending on the result for some of the other teams.

What Won’t Happen: Reverting to prior form. Before their big win over Melbourne last week, GWS had been pretty inconsistent in their period of games before that. Expect them to stick to how they played against Melbourne and not let old habits come back to haunt them.

Our Tip: GWS by six.

Stat Fact: Since their disappointing 19-point loss to Carlton, Sydney have won 11 of their past 13 games.

Big Talking Point: Jarrad McVeigh has yet to be offered a contract by Sydney for next season. McVeigh was Sydney’s 2012 Premiership captain and would be an asset to any club that decides to pick him up. There have been a few quiet reports linking him to GWS. If this were to eventually be proven true it would be a massive blow to Sydney as no club ever wants to lose a talented player, let alone to your cross-town rivals.

What Will Happen: Sydney’s 12th win of the season. Given that they are still only one win ahead of Essendon, West Coast, Melbourne and St Kilda, Sydney’s finals berth still isn’t safe despite being in sixth place. They also desperately want to make the top four in which they are currently six points out of. Sydney’s only real option here is to win and nothing less.

What Won’t Happen: A close game. Thinking in terms of realness, Fremantle were out of the finals race a long time ago. They have no real incentive to win because it would just worsen the position of their draft pick. They won’t tank but with the form Sydney’s in they’re pretty much out of the game anyway. 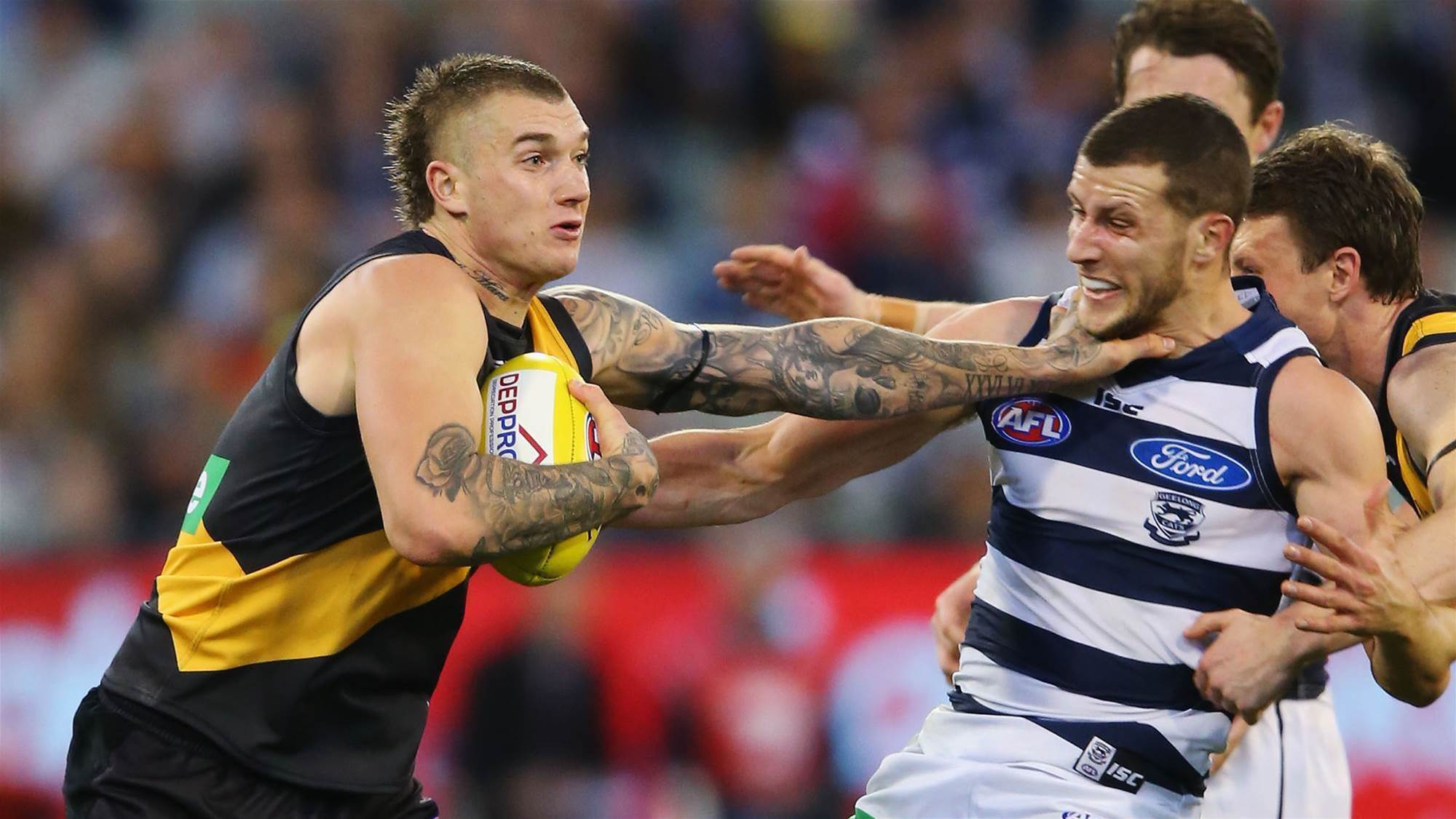 Stat Fact: The past three clashes between these two sides have all resulted in Geelong wins and they have been by margins of four, nine and five points respectively.

Big Talking Point: Will Dustin Martin re-sign with Richmond? Speculation has intensified recently that he will stay put with his current club beyond the conclusion of this current season. But there have also been big money offers linking him elsewhere and with the millions of dollars potentially on the table it may be a while yet before he is able to make a decision. In the run home and with Richmond trying to win the Premiership, will these rumours affect the squad at all?

What Will Happen: Josh Caddy kicking goals like Usain Bolt winning medals. Last week he kicked 4.4 and for the season he has 16.18. In what should be a closely contested game how many he scores could be the difference between a win or a loss for Richmond. Expect him to get a couple more in this game.

What Won’t Happen: Richmond missing out on the top four. A win here would go a long way to securing Richmond a top four spot. This would be a great boost to them while handing a loss to one of the teams they’re fighting with for a coveted spot with in Geelong. Both teams should put up top performances but it’ll be Richmond who come out on top.