As finals footy fills the air we dissect the first week match-ups.

Stat Fact: In Round One of this season Adelaide beat GWS by 56 points and in the process kicked 22 majors.

Will Adelaide kick 22 again or will GWS reign supreme?

Big Talking Point: Adelaide finished the regular season as the best club in the AFL winning 15 of their 22 games and having a goal percentage of 135.98. As for GWS throughout most of the season it appeared that they would finish second best to only the rampant Crowes. But a final round 44 point humbling at the hands of Geelong and a 41 point Richmond victory meant otherwise. Will GWS be able to bounce back from their big loss to go straight through to the Preliminary Finals or will Adelaide show once again why they’re the best?

Adelaide midfielder Rory Sloane will unfortunately be missing this clash after undergoing appendix surgery eight days ago. Sloane’s surgeon helped contribute to his decision as he was warned that he would be at a high risk of damage should he have taken to the field. Sloane has just been one of the many high-performers for Adelaide this season that saw them claim first place.

What Will Happen: On 14 occasions this year Adelaide have scored 100 or more points in a game. GWS have done that eight times while they have been in the 90 point range a further five times. Both sides also feature three players each in the top 20 goal-kickers chart for this season. All of this points to being a high-scoring affair. So grab your popcorn and drinks because you’re in for an entertaining encounter in Thursday Night Footy.

What Won’t Happen: For every GWS fan the unfortunate piece of news that you’re beloved Giants won’t be able to buck their recent trend of losing to Adelaide. Seven of the past eight games between these two sides have resulted in Adelaide wins and none of them all that close either. Adelaide should be able to make it eight of their past nine against last year’s Preliminary Finalists. 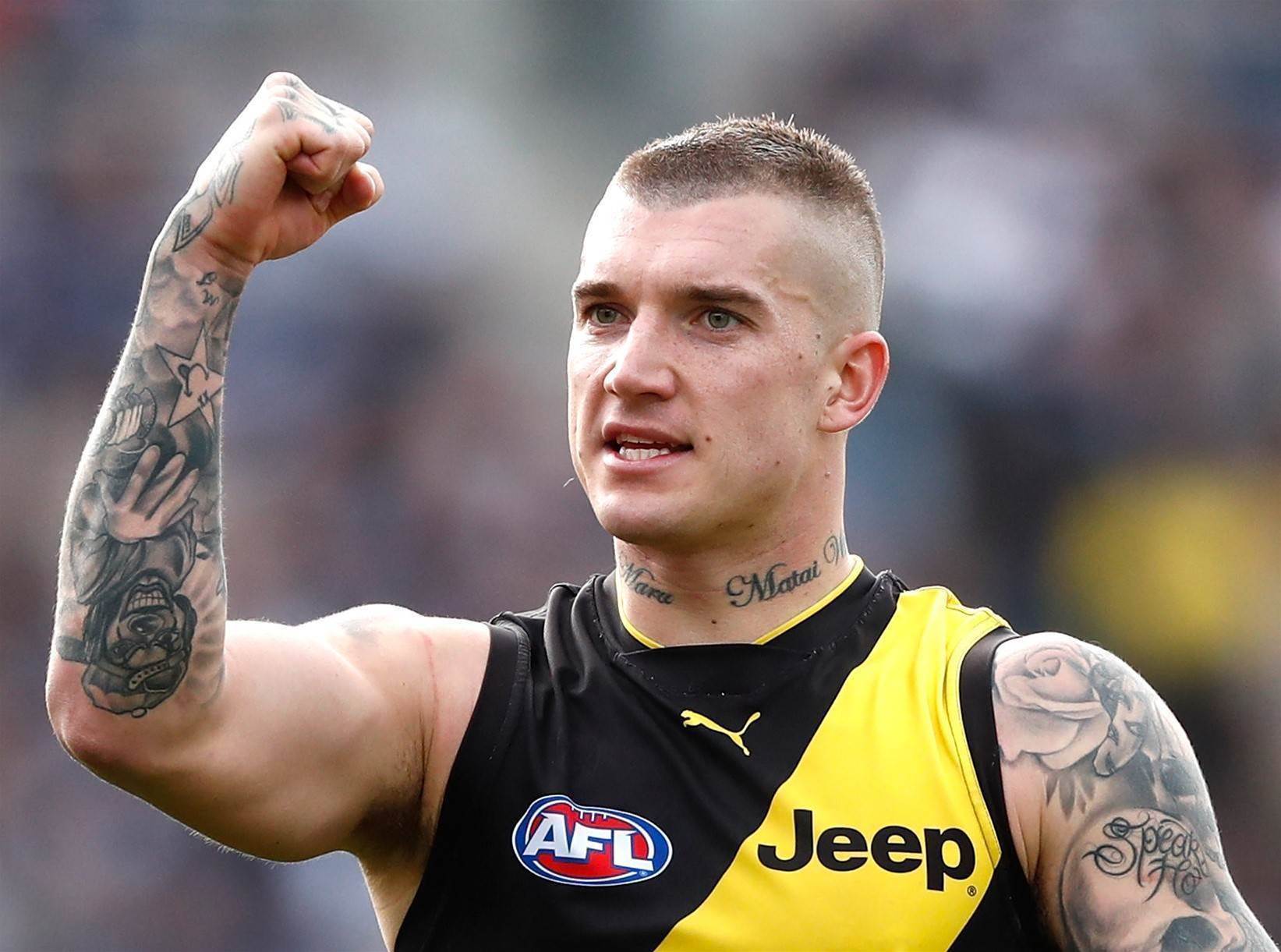 Stat Fact: The past four clashes between these two sides have all resulted in tight Geelong wins. They have won by 14, four, nine and five points respectively.

Can we expect a tight clash again this time around?

Big Talking Point: Geelong have secured a 2nd place finish for the second year running while Richmond have secured a Top Four berth and a return to the finals after an absence in last year’s finals series. Both teams offer pure, super-star talent heading into this match-up including Patrick Dangerfield (Geelong) and Dustin Martin (Richmond).

What Will Happen: A tightly contested affair. If these two clubs past history wasn’t enough to convince you then this should be. This season Richmond was involved in a five point margin with the Western Bulldogs, two points with Fremantle and three with GWS. While they also featured in tight wins over West Coast, Melbourne and Essendon. Geelong meanwhile in only their second game of the season beat North Melbourne by one, Port Adelaide by two, Fremantle by two, Hawthorn by three as well as having a draw with GWS. This encounter will no doubt go down to the wire in what should be a thrilling game of AFL.

What Won’t Happen: A soft, weak-like encounter. Geelong have had 147 contested possessions this season along with 74 made tackles. Those statistics for Richmond are 143 and 69 respectively. Combined with the certain personalities on each team means that there will be no love lost in this game.

Our Tip: Richmond by six. 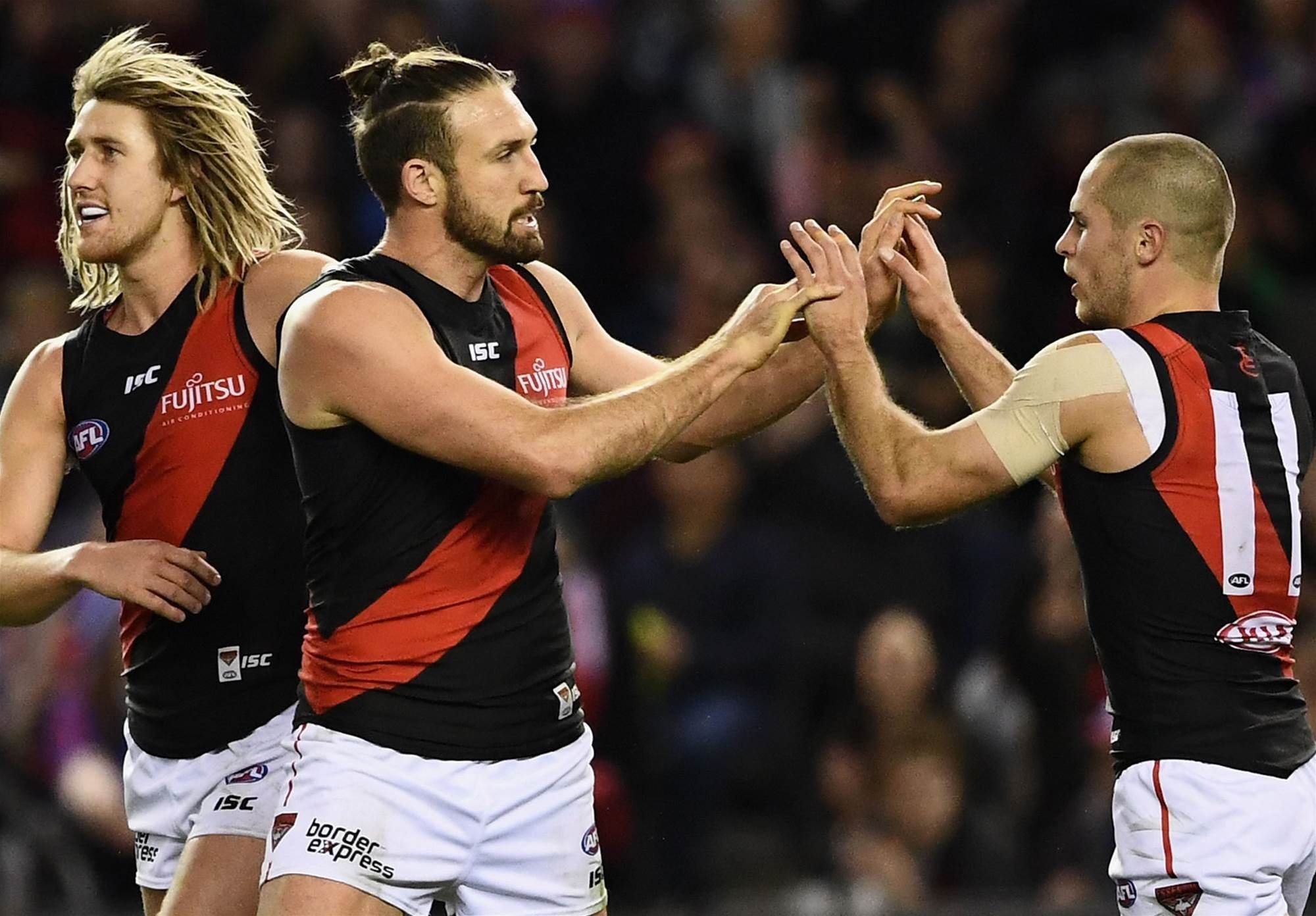 Stat Fact: Lance ‘Buddy’ Franklin bagged 10 in Sydney’s 81-point thrashing of Carlton in their last game of the regular season two weeks ago.

Big Talking Point: Sydney are in the finals after becoming the first club ever in the history of the game to recover from a 0-6 start and make the finals. Such was their mid-season resurgence that they ended up finishing only a win behind first placed Adelaide and on the same number of wins as their rivals GWS.

For both clubs their stories are what dreams are made of, you jump over the obstacles and get to where you need to be. But unfortunately for either Sydney or Essendon after one passion filled game, their ultimate dream will be all but over. Which club won’t be advancing to the second week of the finals?

What Will Happen: In two of the past three clashes between these two sides Sydney have won and done so by only a combined 13 points. There are two things to take from those games into this clash. Number one is that Sydney have been so dominant recently winning 11 of their past 12 games. Number Two is the history of their recent closeness with Essendon. Put it all together and you can expect a tight-Sydney win. This will help keep alive their dream of an unlikely AFL Premiership victory.

What Won’t Happen: Essendon laying down and accepting their supposed fate. Many members of the media, public and gambling agencies have Sydney as strong favourites to win this game (as do I). But one thing Essendon have done all season is play a brand of footy where there’s always effort and never just taking the mickey when they’re down big. Sydney will win, but Essendon will do themselves proud. Stat Fact: In the past three clashes between these two teams the losing side has scored 88, 87 and 86 points in that order.

Big Talking Point: Port Adelaide should have had two lives in the finals but instead they are on the outside looking in. Their now ‘infamous’ ability to not be able to beat Top Eight sides this season has cost them majorly as just one more win would have given them a Top Four berth. If Port Adelaide lose this game and get eliminated from this year’s finals competition then no doubt this ‘unfavourable’ statistic will re-surface again and make some head-lines.

As for West Coast they just snuck into the finals courtesy of Melbourne’s loss to Collingwood and their own convincing win against the competitions pace-setters in the form of Adelaide. Now that they’re here, being the squad that they are its possible they could cause some damage. Let’s see what they can do?

What Will Happen: A clash that should be very well-contested. For Port-Adelaide in their team is Robbie Gray (47.28), Charlie Dixon (46.24) and Brad Ebert (7.5 tackles per game). For West Coast they feature the likes of Josh Kennedy (65.38), Jack Darling (39.25) and Matt Priddis (7.7 tackles per game). Both sides finished in the finals for a reason, ahead of the chasing pack and should put on a complete and enthralling game of Footy.

What Won’t Happen: Port Adelaide’s home form continuing. This year at Adelaide Oval the Power have been a very solid eight of 12. Unfortunately they come up against a West Coast side that is full of surprises and determined to show their not just there to make up the numbers in the finals.

Our Tip: West Coast by two.