The courts become catwalks when the stars come out to play.

The courts become catwalks when the stars come out to play. 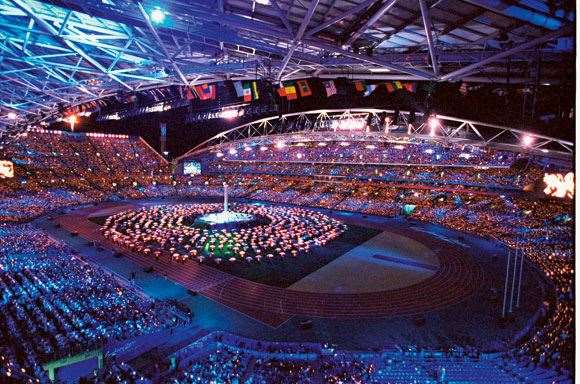 With the New Year, one of the great competitive spectacles is in season. Full of drama and comedy, it’s distinguished by gleaming stars and technical excellence, wrapped in stylish clothes.Your columnist is talking about the Oscars, of course, but realises the reference may have instead been related to the Australian Open tennis. Academy Awards and grand slams do seem to share more than a few similarities, and the most marked may just be their function as incidental fashion parades. Watch one of those red carpet

TV shows for five minutes and it becomes pretty obvious that it’s an ad for couture: “Who are you wearing?” When it comes to the action at Rod Laver Arena, you’re not just watching tennis – you’re window shopping.With all the eyeballs that come with the big events, it becomes the moment for sports apparel companies to get prime exposure for their wares. They prepare meticulously for it, and the practice is known as scripting. It most directly applies to sports such as tennis and golf, where the competitors don’t have a uniform to wear. But for the top tennis players and golfers, the ones fronting for the likes of Nike and Adidas, they only have slightly more choice than the footballer pulling on his jumper. When you see a Nadal or a Woods step out to play, what they’re wearing has usually been determined 12 to 18 months beforehand by an entire committeeof people.

That’s a hell of a lot of lead time to figure out Rafa’s Capri pants, or Tiger’s Sunday red shirt. But the rationale behind scripting is logistical – the sportswear brands have to get the marketing campaigns and the product in the stores at the same time as their stars flaunt the new threads. According to Daniel Sawford, a category manager for Adidas Golf, some ofthe forward planning for what their players will wear in the majors has been plotted out to 2015.If that seems like overkill, consider a case from last year’s US Masters golf tournament. Fred Couples ended the first round as the surprise leader, but the 50-year-old seemed to attract buzz equally for the shoes on his feet. Couples is known within the game for his casual cool, both in attitude and fashion, and he was playing the first round of the year’s first major in what seemed to be street shoes, rather than golf spikes. The Danish brand Ecco had just brought the spike-less golf shoe to the US, but the surge in demand caught them out. Stocks of the shoe began selling out all over the country.

So scripting occurs to most efficiently move product from the forms of the top sports stars into our shopping bags. It’s heady to think that what an athlete will wear is decided sofar in advance, kind of like the most extreme example of laying out your clothes for tomorrow. Sawford says the process is highly collaborative. “It’s driven by us, and we takeit to the player and he’ll have his say,” he says. “They’ve got to be comfortable with what they’re wearing.”For those who argue the modern professional athlete is overly packaged, in this case it’s literal. But sometimes, the emperor does have clothes, and they’re not serving as a billboard. Your columnist once had an encounter with Adam Scott, another of golf’s best dressed who up to that point had been the endorser of Brit chic purveyor Burberry. Fresh off a practice round, he was wearing a new brand (and in the parlance of the fashion world, wearing it well), so I confidently asked about the new sponsor. Scott smiled, and said, “Nah, it’s just a shirt.” Sometimes, things don’t go according to script. It’s not just about selling bikes