When Rugby Sevens makes its debut at next year’s Rio Olympics, this 20-year-old will take centre stage. 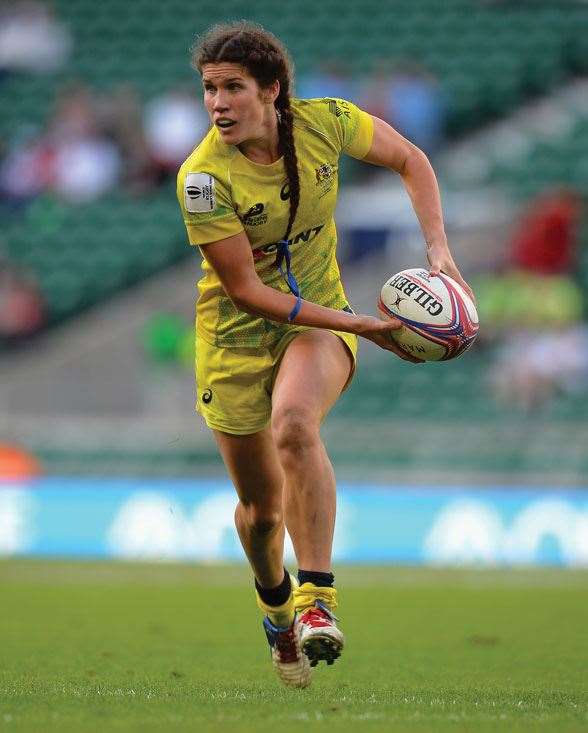 Since her debut in 2013, Charlotte Caslick has become a key member of the Australian Women’s Rugby Sevens team that is eyeing gold at next year’s Rio Olympics.

The 20-year-old has scored an amazing 29 tries in the green and gold, her fleet feet leaving opposition defences and spectators in awe of her speed and elusiveness, and her footy smarts establishing her as our first choice half. Her fabulous form has also led to her being named in World Rugby’s 2014/15 Team of the Season. Having helped her country qualify for the Rio Olympics, Caslick finished the season by being nominated for the 2015 Women’s Player of the Year award – though Caslick doesn’t think she’ll take out the honour. “I think [New Zealand’s captain] Sarah Goss is the most deserving,” she says modestly.

The youngest in a family of three children, Caslick followed in the footsteps of her siblings. “My two brothers played rugby since they were five or six and then they started playing touch football,” Caslick says. “I started watching them play touch football and soon I got into it too.”

Her touch football career, which included representing Australia as a 16-year-old, proved to be a great stepping-stone. As Caslick neared the last two years of high school, she started pursuing Sevens as a viable pathway towards becoming a professional athlete. She turned out to be a natural at the sport. “All of he general skills that I learned at touch, such as the catch-pass, speed of the game and general awareness, benefitted my rugby,” she says.

On hand to educate Caslick about rugby’s nuances was Brisbane State High School’s First 15 and Queensland Women’s Sevens coach Sione Fukofuka; he has overseen a high school rugby program that’s produced Wallabies Matt Toomua and Samu Kerevi. From their first session together, Caslick’s competitive nature convinced Fukofuka that she had what it took to play the game at an elite level. “She would do extra speed and agility sessions every week because she always wanted to be the best,” he says.

“Mr Fukofuka helped me a lot in my transition to rugby because he used to let me train with the firsts and was always encouraging me,” says Caslick.

“The best thing for me is getting to play professionally with all of my friends who I grew up with,” Caslick says.

Due to her ability to create chances and act as a link between forwards and backs, Fukofuka compares Caslick to one of the senior figures in the Australian men’s Sevens side. “She’s just like James ‘Chucky’ Stannard,” he says. “She’s creative, has fantastic skills and has that competitive nature.”

“She’s one of the most skilful athletes I’ve had the pleasure of working with. She’s very intelligent, very rugby smart and has great game awareness.” 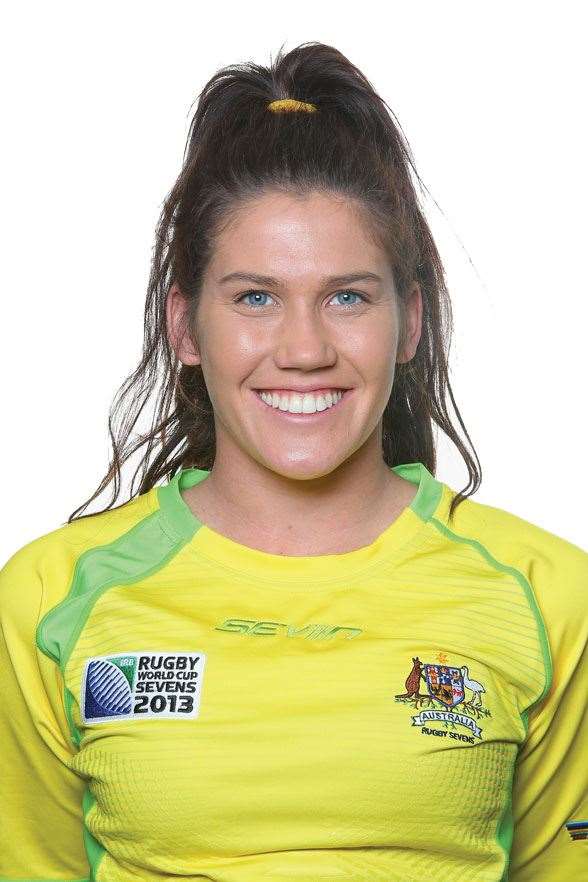