Coppo scores his second Cover Vault for the season, sending it back to 2001 in the Perisher Halfpipe

For our second Dragon cover vault of the season, we feature Peter "Coppo" Coppleson, shot by Steve Baccon. It's Coppo's second cover vault as well as he featured on a 1999 cover vault previously posted this year. An epic cover with Coppo exhibiting style that would still pass today and probably still score a cover.

We would love to know who won the "Pro" sponsorship with Force Snowboards and Scott USA and where their career took them... 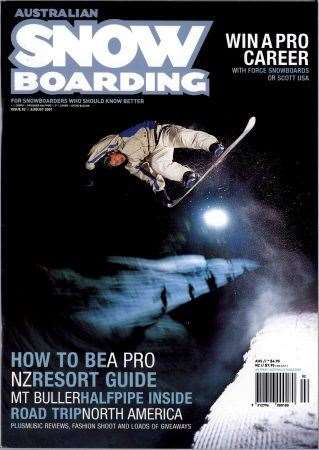