Former Manly prop, Darcy Lussick, has claimed he could have stayed in the NRL after linking with English Championship side Toronto Wolfpack.

Lussick was released by the Sea Eagles last week with the club under severe salary cap pressure.

He has signed a three-and-a-half year deal with Canadian club Toronto, which in a unique trans-altantic deal, play in the division below Super League.

Lussick claims he had offers to stay in the NRL, but was enticed by the unique opportunity of the Wolfpack.

"There was the opportunity to stay in the NRL," he said.

"I guess the the opportunity to be part of something special, the first Canadian rugby league team to hopefully enter into Super League [is why I signed]. Just the potential that the club has, I was pretty much sold on it straight away. I just want to be part of it.

"To be honest the plan was always to stay in the NRL and I hoped to come overseas at some stage and this has probably come about a bitter earlier than I expected. But I’m just some happy to be here.

"A lot of people over there would like to be a part of this at the moment so I’m not taking this opportunity lightly."

Toronto currently have a number of ex-NRL players on their books, including Ashton Sims, Jack Buchanan, Reni Maitua and Cory Patterson.

Lussick played with Maitua at Parramatta and he said the veteran sold him on the Toronto dream.

"I spoke to Reni Matiua, I played with him a few years ago," the front-rower said.

"He gave me a run down on the club and the vision that they have. It’s exciting, the chance to be a part of something like this. Reni said get over here. He said it’s a professional environment and he used the word exciting as well.

"I hope that I can bring a little bit of leadership [to the team], I feel like I’m pretty experienced."

The Wolfpack were founded in 2016 and were promoted from the third division League 1 last year.

The club, which is bankrolled by Australian mining boss David Argyle, are gunning for promotion into Super League for 2019 and want to help spread rugby league across North America.

"It’s such a big place over there North America," Lussick said.

"It all starts on the field. If we doing all the right things on the field, and playing well, then off the field progress will come." 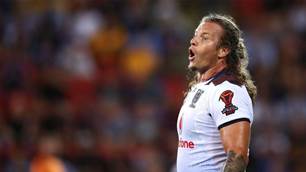 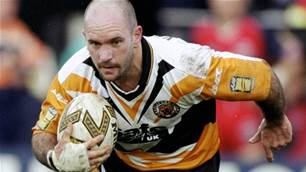 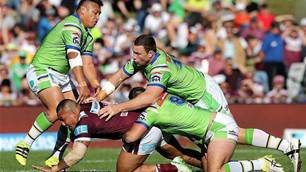