Has there ever been a cricketer who made the game look easier than Mark Waugh?

Has there ever been a cricketer who made the game look easier than Mark Waugh? 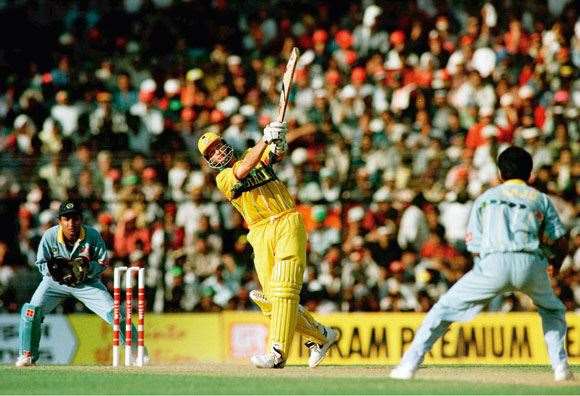 Whether batting at second drop in the Test team, opening in the pyjamas, rolling out a spot of off-spin, or standing in the cordon, “Junior” moved with such languid grace he damn-near seemed somnambulant at times. But don’t be fooled by appearances – beneath the lackadaisical front pulsed a determined and canny competitor who thrived on some of the game’s harshest stages. Take his record in India, for example. He hit his highest Test score – a sparkling 153 not out – in the steaming heat of Bangalore. At the ’96 World Cup played in India, Sri Lanka and Pakistan, he stroked 484 runs at an average topping 80. He knows how to succeed in the face of tropical heat, wily tweakers and dubious curries. With another Subcontinental World Cup looming, hear his wisdom here, and on Fox Sports’ coverage throughout the tournament.

Let’s start with the ‘96 World Cup – you must have some good memories there?

Yeah. What did I score? Three centuries I think it was ...

Must’ve been infuriating losing to a niggling customer like Arjuna Ranatunga in the final – did you talk to him afterwards?

Don’t think so! No, we shook hands after the game and he was obviously around at the ceremony, but I don’t think we had too much to say to him. Yeah, he definitely got up our noses. Just the way he played the game, the way he strutted around ... But he was just a competitor, wasn’t he? He was a bit annoying at times for sure, bit of a prickly character, but he was always up for the fight, and that’s a good thing. You want to play against someone like that.

Who was the most annoying bloke you played against?

He’d be up there, I suppose. I always remember that day-night game in Sydney where he called a runner after hitting 20 runs and Ian Healy said, “Mate, you can’t have a runner just ‘cause you’re fat ... ” Adam Parore, the ‘keeper for New Zealand, was a pretty chirpy bloke. Particularly given the New Zealanders didn’t beat us all that often. 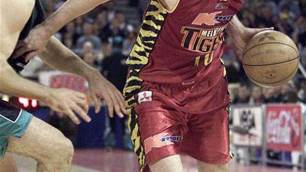 15 Australian basketball photos that will make you feel old

15 Australian basketball photos that will make you feel old