Motorists in Bathurst were treated to the bargain of the half century as touring car racing icon Dick Johnson pumped fuel at 1967 prices.

On the eve of the Bathurst 1000 Shell V-Power Racing Team celebrated the 50th anniversary of the relationship between Shell and team co-owner Dick Johnson by dropping the price of fuel to 17 cents per litre at the local Bathurst Shell service station.

For one hour this morning, the Shell outlet on Stewart Street in Bathurst reverted to 1967 prices – the year the Shell/Dick Johnson partnership began.

“Seeing their reactions to the special price as they rolled onto the forecourt, and then be served by the Shell V-Power Racing Team was great,” Johnson said. “A fantastic start to the Bathurst 1000 week.”

“I have enjoyed a very long career, and shared plenty of success with Shell. To be able to share that success with many of our fans and Shell Coles Express customers this morning is fantastic,” Johnson said.

The Supercars hit the track at Mount Panorama tomorrow morning for the opening practice session ahead of Sunday's Bathurst 1000. 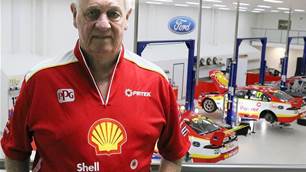 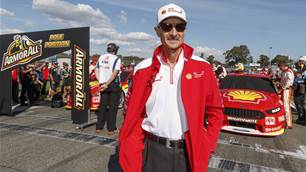