Former NSW great Ryan Girdler has slammed Jarryd Hayne as “selfish” after the code-hopper added to his rocks or diamonds reputation with a mixed performance in Queensland’s 18-16 Game Two Origin triumph in Sydney.

The 28-year-old scored a crucial try to help his side to a 16-6 half-time lead but capitulated in the second stanza with several crucial errors which allowed the Maroons back in the game.

His biggest brain fart occurred in the back end of the game when he threw a no-look behind the back flick pass over the sideline.

Had he passed properly to winger Brett Morris, the Blues may well have scored in the corner and iced the game. 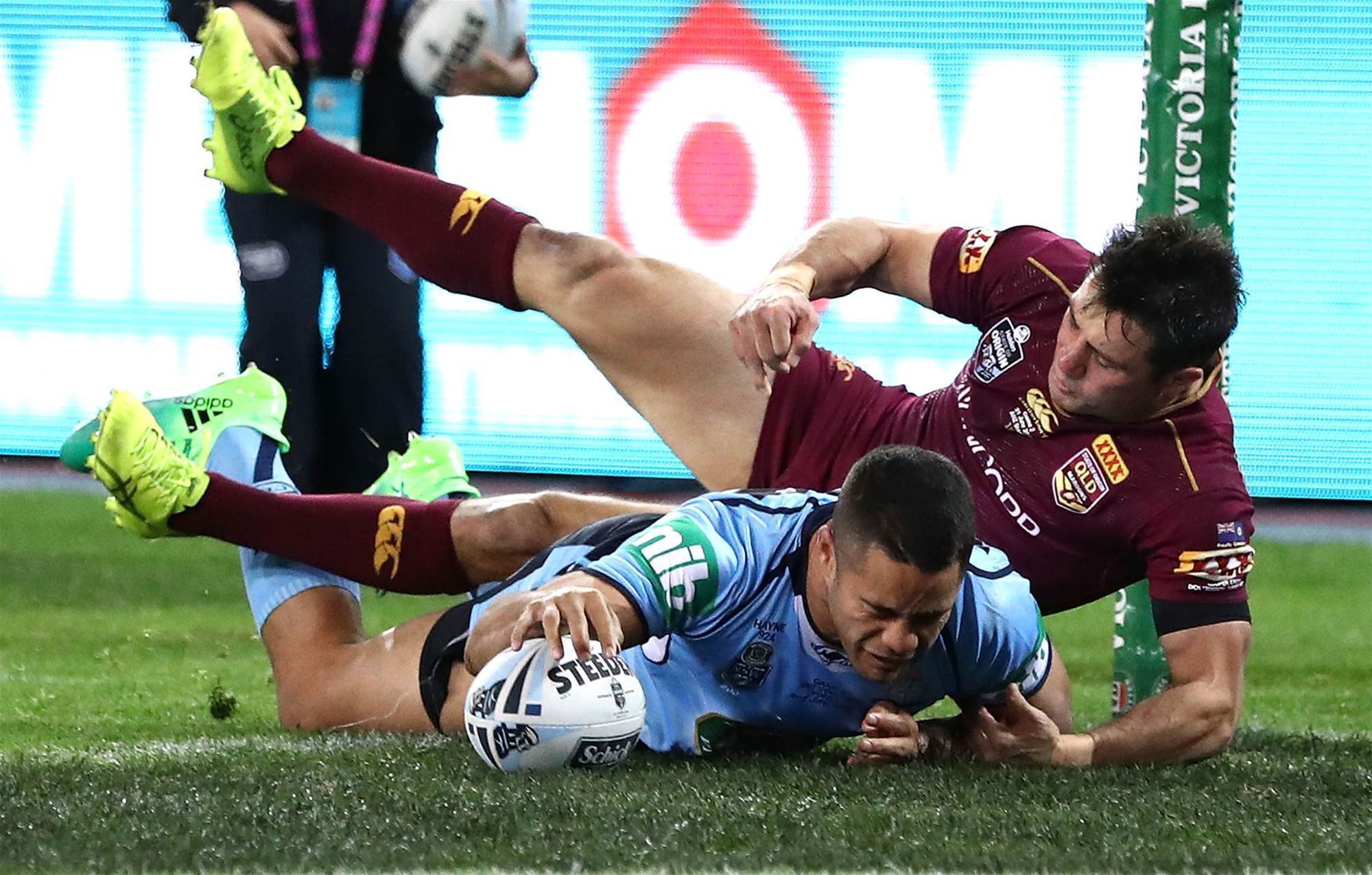 Hayne also failed to pass the ball to his unmarked winger in the first half and instead attempted to score himself before flicking the ball into touch to let Queensland off the hook.

“He started the game well but came up with a couple of really poor plays at the back end of the half so you’re probably looking at a six or seven out-of-10 for Jarryd,” Girdler said.

“There were a couple of crucial ones too. He was a little bit selfish there where he tried to come up with the big play at the wrong time.”

Hayne’s first half try, his 11th in Origin, made him NSW’s equal leading try scorer with former centre Michael O’Connor.

But records count for little when you significantly contribute to one of the Blues’ biggest capitulations in Origin history.

“And he’s an experienced guy now and if it’s not coming through your halves at some point, there’s other players within your team that need to grab hold and take some ownership and make sure that you get to the end of your set and you get those kicks away,” Girdler said.

“So I thought he could have been better in those areas.”