Chaz Mostert scored a breakthrough win in the second of two eventful races in the Virgin Australia Supercars Championship round at Phillip Island.

Saturday’s race descended into a near farce, marred by a spate of tyre failures and a controversial interpretation of the rules regarding entering pitlane. Numerous drivers were given a 15-second penalty – including Craig Lowndes, who was first to greet the chequered flag – for driving across the dotted line at the start of the pitlane.

Drivers penalised claimed the pit entrance ruling hadn't been discussed during the driver's briefing, a claim supported by some who escaped the 15-second sanction.

But the main talking point on Saturday was tyres. Almost every team suffered at least one failure, and that included the winning DJR Team Penske Falcon of Fabian Coulthard. The Ford driver headed home the Commodores of Jamie Whincup and Garth Tander.

Tyre failures also plagued Sunday’s 200km race, although to a lesser extent. Pole sitter Scott McLaughlin lost out on the opening lap when he ended up being the only driver not to make a pitstop under the Safety Car, which had been brought out after a group of cars ended up in the gravel trap at turn two.

While McLaughlin led the early running, eventually it was team-mate Coulthard who assumed the lead as McLaughlin took his stop and dropped down the order. But hopes of consecutive victories for the DJR Team Penske driver would be quashed when Coulthard copped a penalty for not stopping for the red light at the end of pitlane after one of his pitstops.

Instead, Chaz Mostert emerged with the lead, the PRA Falcon driver going on to take the win. Making it a complete triumph for PRA, team-mate Mark Winterbottom filled second place, ahead of David Reynolds’ Erebus-Penrite Commodore.

For Mostert, it was his first championship race win since his horror Bathurst qualifying crash in 2015.

"Super pumped to finally get the race win in a championship race," Mostert said. "Now we just have to go back to the workshop and work even harder. We have to assess what worked with the car today and what didn't work with the car and try and make it better.

“The win was really from the engineers from the way they turned the car upside down to look after the tyres was pretty big. Big congratulations to the whole team but, in saying that, now we got one win we obviously want some more so we'll keep chipping away."

Despite ending up a lowly 17th on Sunday, Fabian Coulthard emerged from the round with the lead in the Virgin Australia Supercars Championship.

For the points leader going into the round, Shane van Gisbergen, it was a relatively lacklustre weekend. The New Zealander was one of the pitlane entrance infringers on Saturday, while on Sunday he looked set for a top five finished until his race was ruined by a late tyre failure. 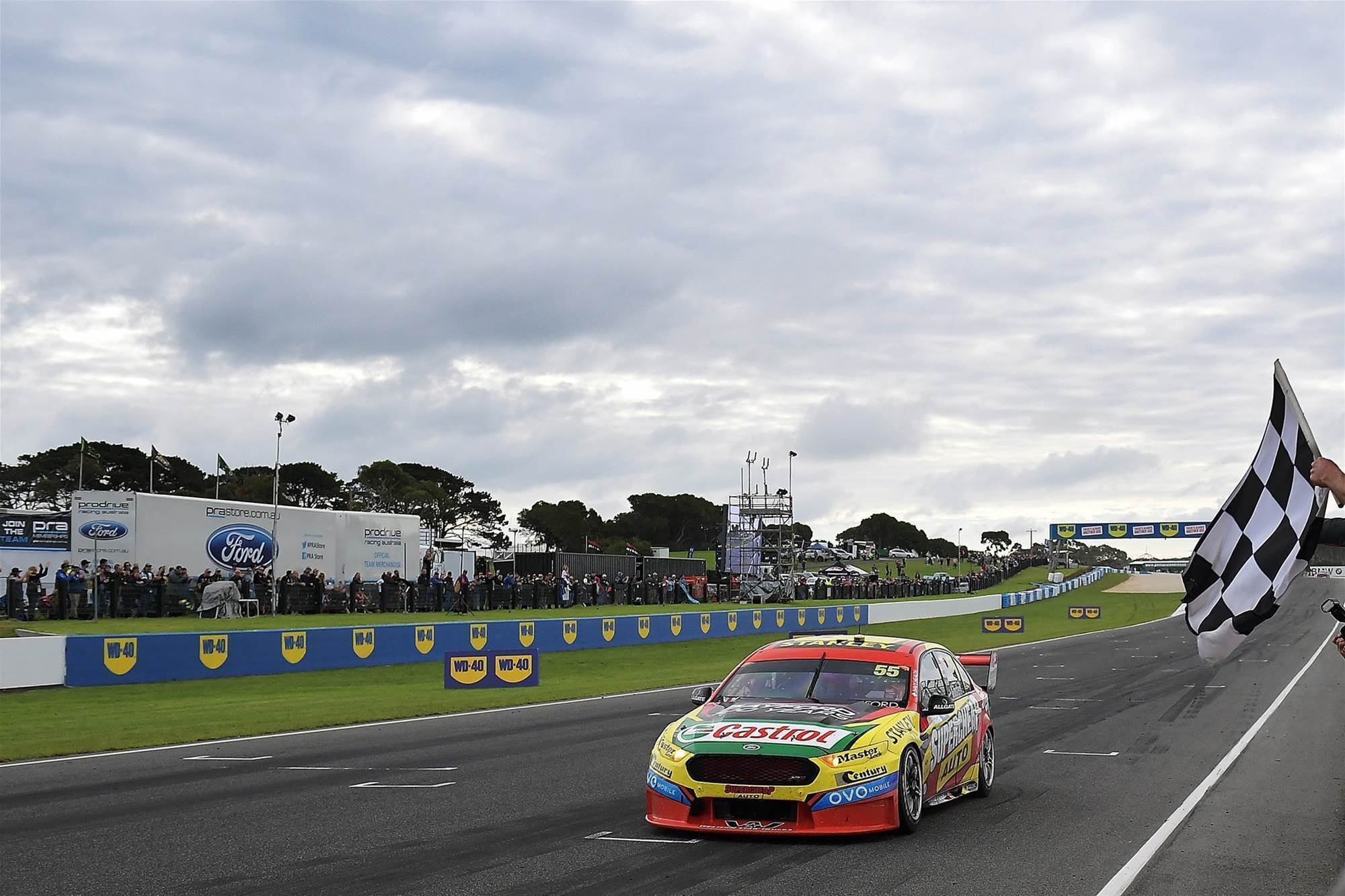 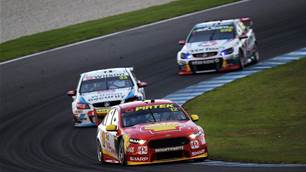 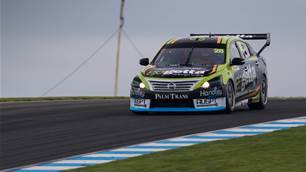