For the first time in the long and proud history of their state’s rep team, the New South Wales Rugby League added a darker shade to its State of Origin playing strip back in 1997.

To say we were in the middle of the Super League “war” of the day is a bit of a stretch. The game had actually somehow survived that three-year horror show. Finally, after years of destructive volleys and fear of the unknown, it was time to play footy. And played it was – two mediocre competitions doing their best to provide as good a show as they could, each limited to a player pool cut in half thanks to a painful bidding war between News Limited and the Australian Rugby League.

So anyway, the State of Origin stage was set. Super League was doing its thing, even adding a third team … from New Zealand. It was complete madness. We’d been shocked by everything that was going on in the game up to now, so why not let the Kiwis play along? 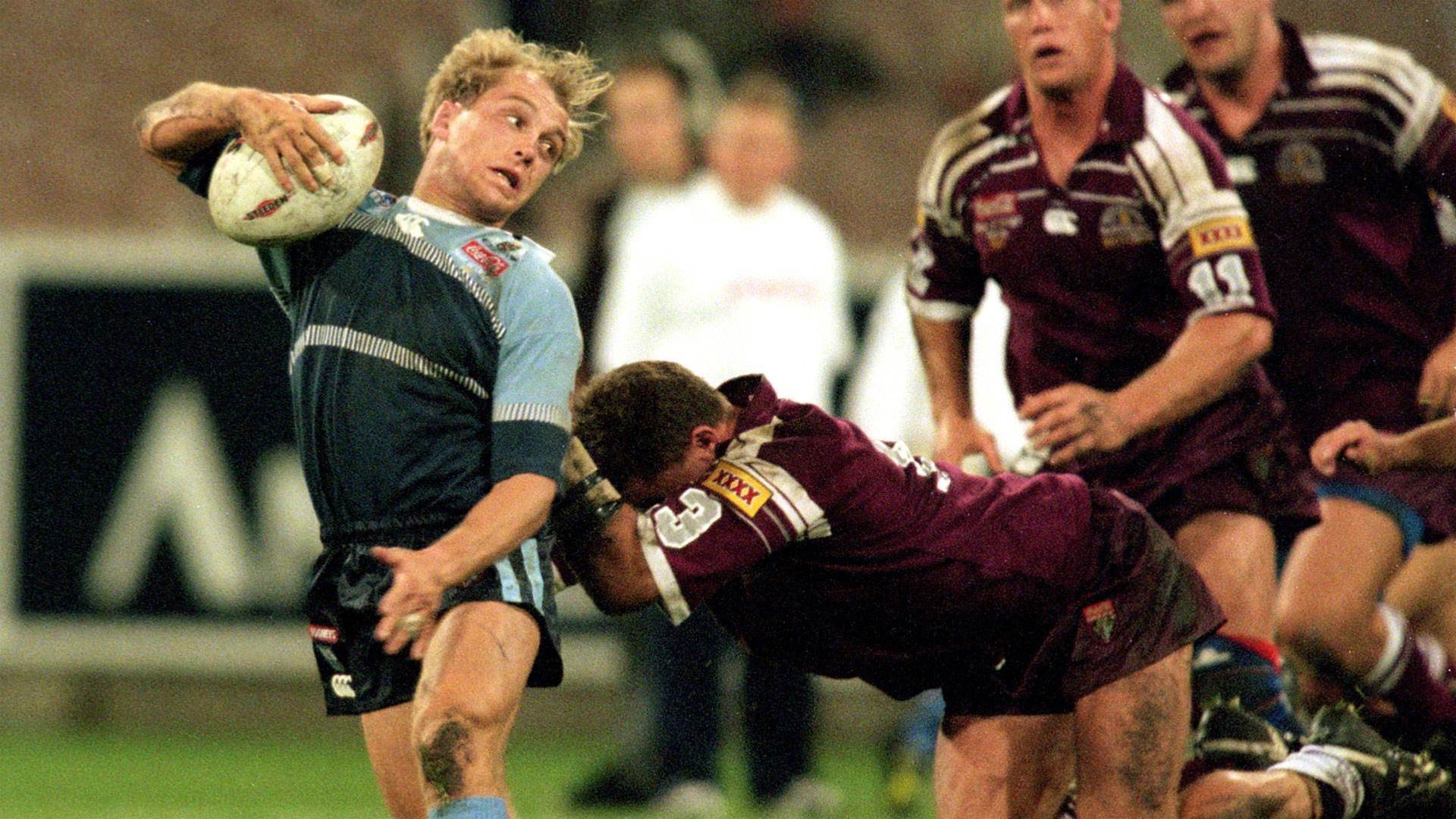 Geoff Toovey does his best to avoid the Maroons at the MCG in 1997. (Photo by Getty Images)

In the context of all this, New South Wales turns up in the establishment’s Origin series in a jersey featuring dark blue on its bottom half. As Ian Collis and Alan Whiticker wrote in their book Rugby League – 100 Years of Pictures, “NSW won the 1997 interstate series, but critics questioned the NSWRL’s decision to change the traditional sky-blue jersey to a two-tone blue strip at a time when the game desperately needed stability.”

The Blues’ recent decision to don a predominately dark-blue alternate strip in Game II of the 2019 State of Origin series in Perth takes the mind back to ’97, albeit with the game in a much better state than it was leading into the 21st century.

The new Blues jersey will feature all kinds of technological bells and whistles. According to its manufacturer Canterbury, it incorporates players’ feedback on performance, comfort and design, with features like silicone grip enhancing ball-handling in all weather conditions. 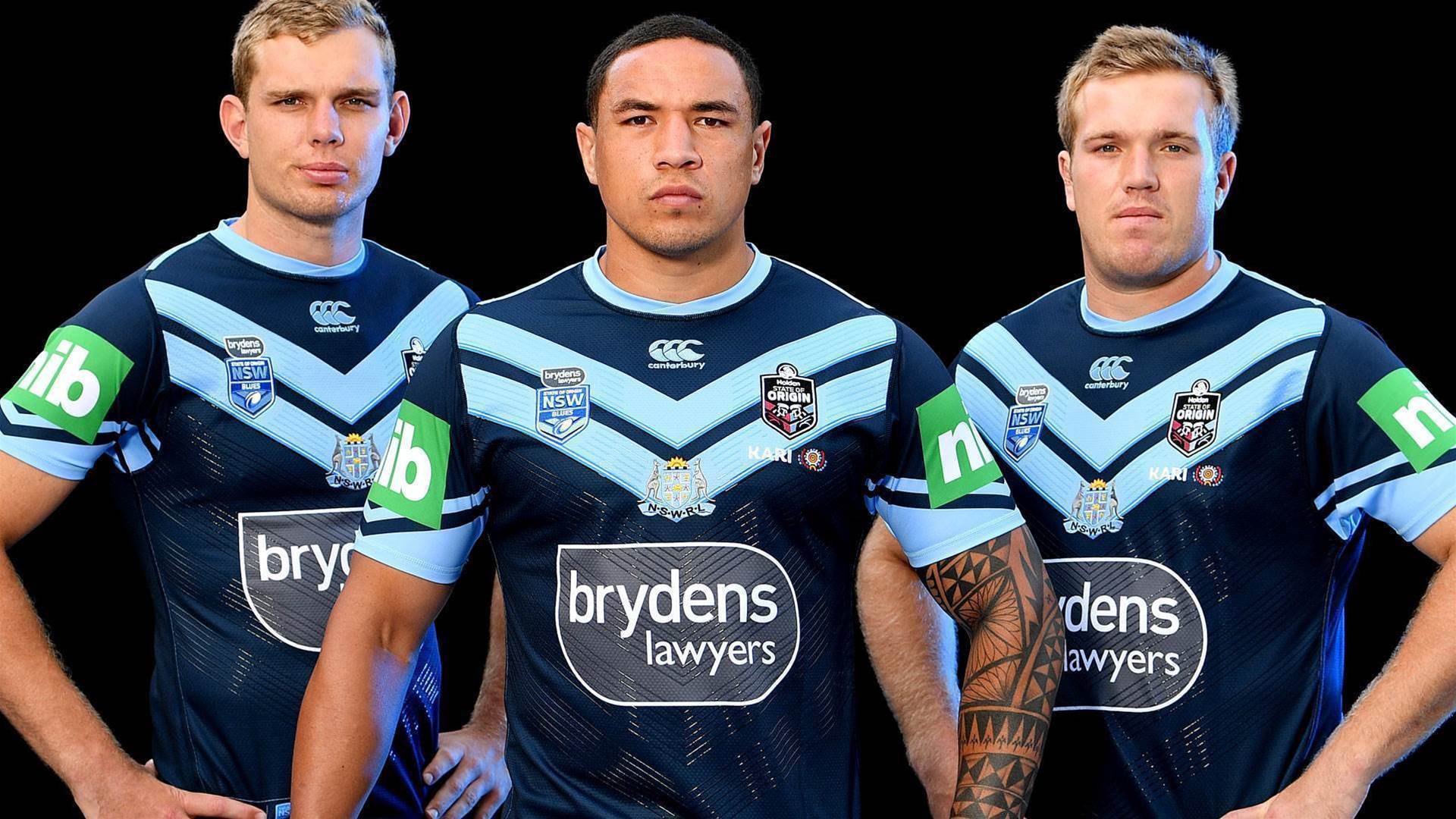 “Lightweight construction improves player endurance and manoeuvrability, and Canterbury’s Vapodri+ Adaptive fabric wicks sweat away from the body more efficiently to prevent overheating,” said Canterbury upon the jersey’s launch in Sydney recently. “The raglan rear-sleeve construction reduces resistance through lateral arm motion, while external stretch tape at the back of the neck offers strength and durability.”

So the dark blue of NSW is back in 2019, without the dark times the game was going through the last time the Cockroaches used it back in 1997. And while we won’t be sending Origin down to Melbourne this time, the game will be taken to another frontier town, as the new jersey makes its debut at the history-making, first-ever Origin match in Perth. Exciting times.

The new 2019 NSW State of Origin jersey is available for pre-order at www.canterburynz.com.au and will be landing in Canterbury and all leading sports stores this December in time for Christmas. 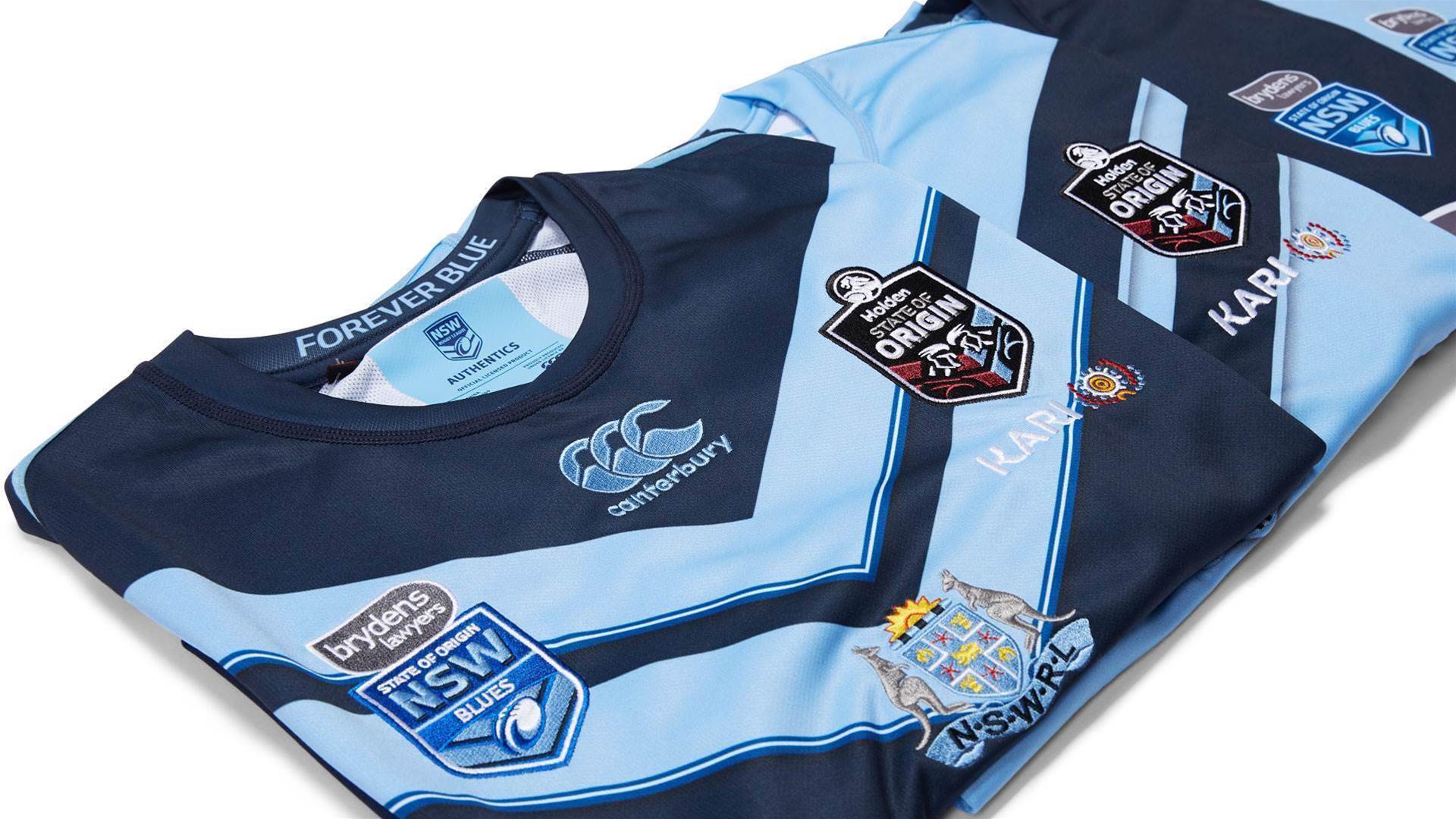 Morri: A reminder of the simplicity of golf