Ricciardo's season has been a series of disappointments, mistakes and frustrations since joining the French team from Red Bull.

But impressive qualifying gave him a spot in the top ten on the starting grid in Monaco on Sunday night - and the window of opportunity opened wide when Ferrari's Charles Le Clerc's disastrous failed overtaking move forced the safety car to come out on lap 12.

Renault gambled on everyone in the race coming in to pit and pulled Ricciardo off the track from fifth position...only to be caught out by everyone else's pit strategy.

While the four cars in front of him came in to pit, the cars behind him did not - and he rejoined the race too far back in the pack to make any further impact, stuck behind Kiki Raikonnen's Alfa Romeo.

Ricciardo ultimately finished the race ninth, but before the fated pit stop he had one eye on a possible podium spot.

"It was a very frustrating race to be honest," Ricciardo said. "We had a great start, jumped Kevin Magnussen on the outside for fifth and had a strong turn one.

"Then we pitted under the safety car, which is where we missed out. We definitely could have done better and got a great result as we had all the cards in our hand.

"We'll look at what happened and address it for future races." 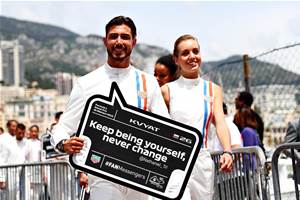 Lewis Hamilton reigned supreme on the streets of Monte Carlo with a dominant lights-to-flag victory in the Monaco Grand Prix, on a weekend when world motor racing mourned the passing of legendary three-times world champion Niki Lauda.

It was the first signs of improvement for the Renault team which has been uncompetitive at the top end of the field this season and gives hope of salvaging something from the remaining races.

But again Ricciardo was let down by his team undoing his work in the cockpit.

"Unfortunately, the single most important decision of the day was to stop Daniel under the safety car," said team principal Cyril Abiteboult. "It turned out to be the wrong one.

"It's clearly a missed opportunity that does not reward the hard work of the team and the drivers to improve the competitiveness of the package."

Lewis Hamilton took the chequered flag after nursing his Mercedes through the last half of the race on struggling tyres, holding at bay Red Bull's marauding Max Verstappen. 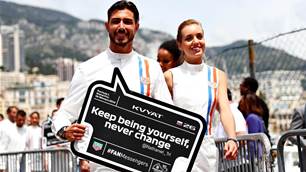